The Kenny Scharf mural on the former Deitch Projects wall, now curated by the Hole Gallery, is finally up. The space has previously showcased work by Shepard Fairey and Os Gemeos, all of which have been bombed by local grafitti artists. But Scharf isn't worried. "No, I'm not Shepard Fairey," he told Animal New York. "Not to knock him or anything, but I'm not putting up wallpaper made safely in a studio."

Perhaps what's most amazing about the colorful, intricate piece is that Scharf claims to have not sketched out a design first. "I started with the red nose, and then just started filling in the spaces," he said.

Tell us below what you think of the new mural. 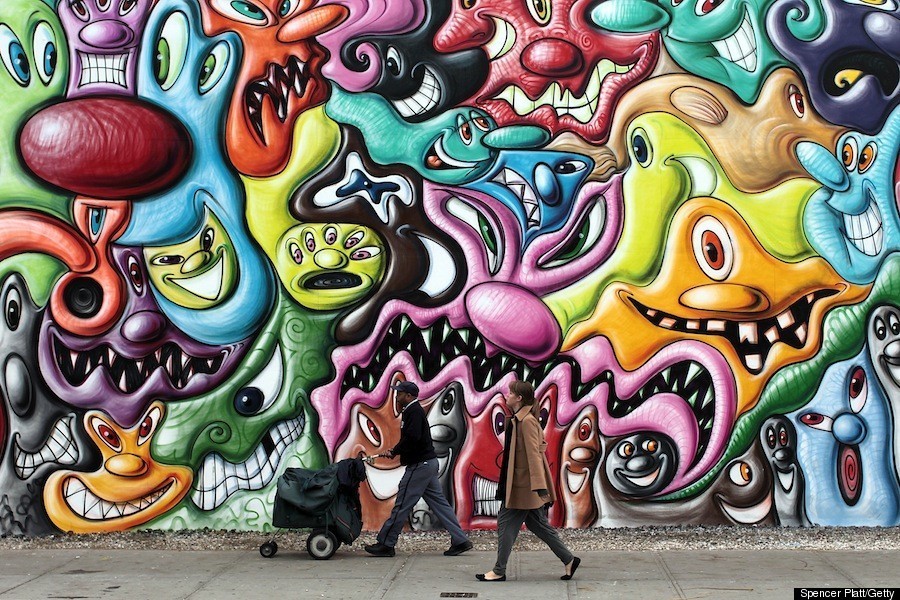 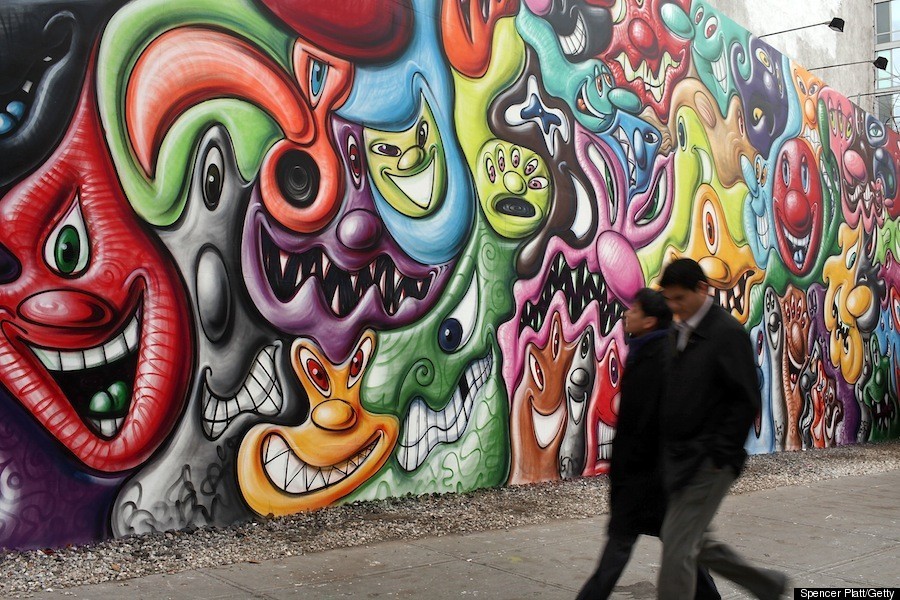 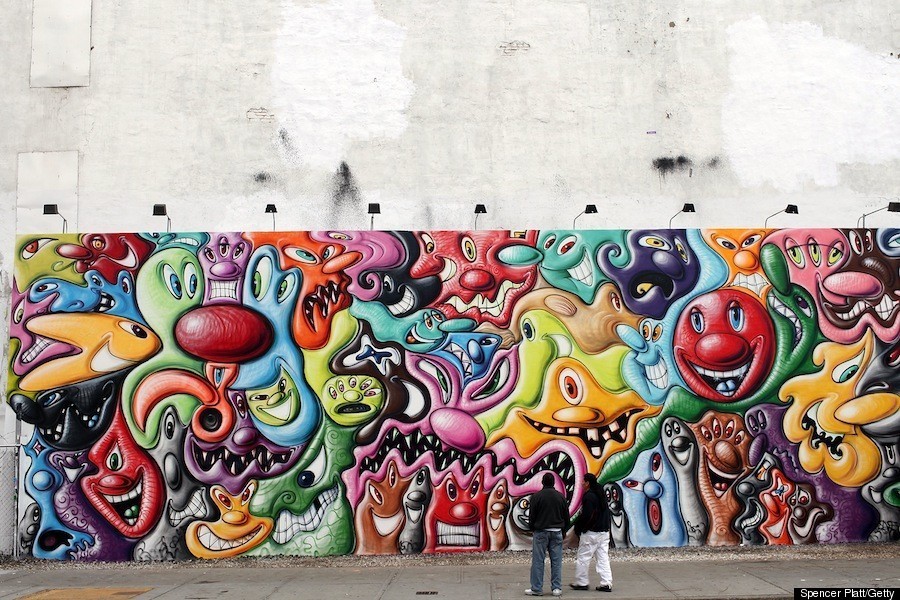