Ken Foster's dog, Maple, disappeared on Christmas Eve. He had taken her in after she was found in an empty house: she was maybe a year and a half old, and the previous tenants had simply abandoned her. Maple was in pretty rough shape at the start, but he had almost succeeded in nursing her back to health. And then she vanished.

Ken spent the holidays frantically papering New Orleans with posters. More than a week went by, and hope had all but evaporated, when he received a call. Someone was sure that they'd spotted Maple. They sent a photograph to Ken's phone -- and there she was, tethered in a yard. Maple had been sold on the street for fifty dollars. Last week, Ken and Maple were reunited. 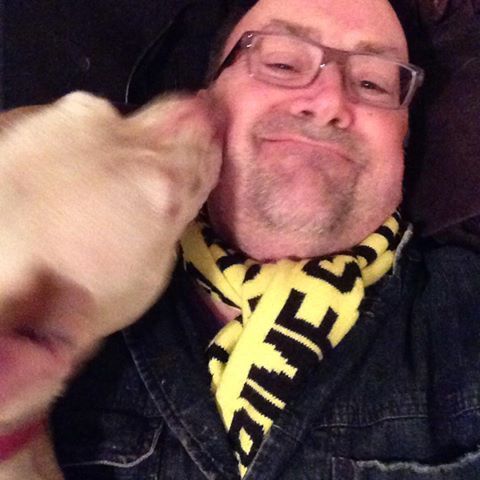 This is the kind of uplifting story that augurs well for the new year, right?

Unfortunately, not everyone agrees. There are two kinds of people: those who are happy for Maple; and those who would prefer to see her dead. Oddly enough, the latter includes some of the most famous animal rights activists in the world.

Maple, you see, is a pit bull. Or a so-called pit bull, because there's no such breed: it's simply a term used to denigrate dogs that share certain physical traits, and that may or may not have Staffordshire terrier or American Pit Bull terrier somewhere in their lineage.

Lots of people want it to be illegal for Ken to share his home with Maple. Lots of people go much further than this: Ingrid Newkirk, for instance -- the celebrity president of PETA -- wrote an article "reluctantly" embracing the practice of killing these dogs automatically whenever one is unfortunate enough to find itself in a so-called shelter. Perhaps you don't believe me? These are her words:

Most people have no idea that at many animal shelters across the country, any pit bull that comes through the front door doesn't go out the back door alive. From California to New York, many shelters have enacted policies requiring the automatic destruction of the huge and ever-growing number of 'pits' they encounter. This news shocks and outrages the compassionate dog-lover.

Here's another shocker: People for the Ethical Treatment of Animals, the very organization that is trying to get you to denounce the killing of chickens for the table, foxes for fur or frogs for dissection, supports the shelters' pit-bull policy, albeit with reluctance.

A shocker indeed. You might even say "unethical." Some folks -- decent folks -- would go so far as to say "repulsive."

Maple the so-called pit bull is much less dangerous than Ingrid Newkirk the self-styled guardian angel. Maple has never killed another dog. Or cat. Whereas Newkirk's organization has killed at least 29,426 of these and other domestic creatures. But Maple looks like a pit bull, and Newkirk looks like a compassionate animal rights person, so it's Maple who's in danger of leaving a shelter in a body bag.

We are discussing a charmed dog; Maple was very lucky to find her way into Ken's home. Twice now she's dodged the very real possibility of a shelter (which is to say: what the word "shelter" means for dogs that look like her). "She's actually up for adoption," Ken told me. "She's being fostered by me and my organization, The Sula Foundation, for the Louisiana SPCA."

As you've perhaps guessed, this isn't just any guy who loves his dogs. Ken Foster -- yes, that's his real name -- is one of the most prominent advocates for pit bulls in America: he's the bestselling author of I'm a Good Dog -- a book intended as an antidote to the poisonous bigotry bent on rendering this dog extinct.

And it is bigotry, I assure you. It rests on lousy science, distorted anecdotes, and pure hatred. I'll go into this in further articles, but I'll refer you for the moment to words by Cesar Millan, the Dog Whisperer: "Going Pit Bull: How We Can End Prejudice." This quotation sums it up nicely:

It's hard to blame people for being afraid of pit bulls, when all they see on the news are stories about dog fighting rings and people being attacked. They usually leave out that it's the owner who made the dog violent, not the breed." (my emphasis)

Also good reading -- in case you're interested in biology and history, as opposed to bile and hysteria -- is an article on Millan's website by Jon Bastien: "How Did Pit Bulls Get Such a Bad Rap?" 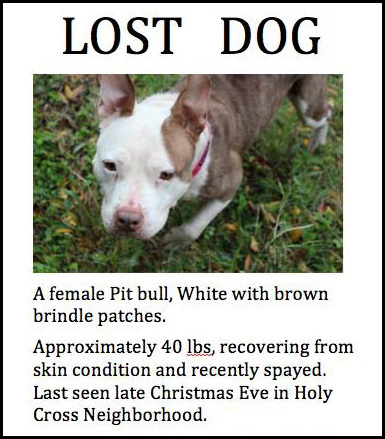 These two pieces go a long way towards debunking the worst of the hate literature on the web. If you'd like to experience a taste of that rhetoric, rest assured: the most feverish bigots will be spamming the comments section on this blog post within hours. It's pretty much guaranteed.

Meanwhile, Maple is being fostered by Ken Foster, rather than sitting on death row in one of those shelters approved by PETA. And for some people -- the kind of people you want to know -- this is so far the most heartening story of 2014. 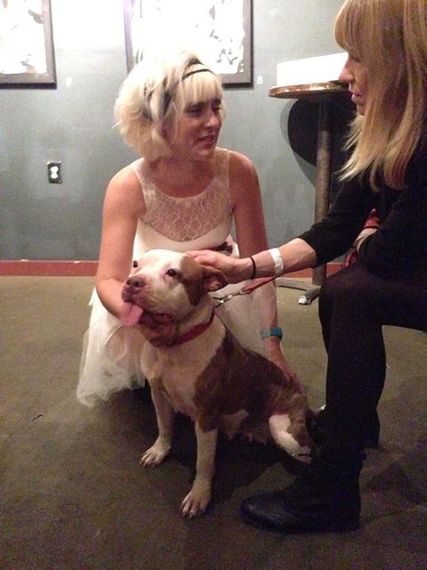 (Maple at a wedding party soon after she returned.)

(Douglas Anthony Cooper is currently collaborating with the illustrator Dula Yavne on
Galunker: a children's book about a pit bull rescued from a dogfighting ring.)

Opinion: The South Isn’t Doomed. Southern Organizers Have Always Put In The Work.