Kent Littlejohn woke up on February 1, 2012 with his normal excitement about his life, his work, and especially about being with his family, because just ten days prior, his wife told him she was pregnant with their third child. 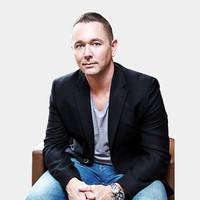 A day that started like any other, ended in disaster. Kent worked the ten years prior building up an insurance business that specialized in providing insurance for apartment buildings. He achieved recognition as an industry expert and the insurance business was very good. Until, $4.7 million of his client's insurance premiums went missing.

What happened was a combination of insurance fraud with a Ponzi scheme. The criminal fraudster was a well-known insurance executive with years of industry experience, who enjoyed everyone's trust. He claimed to represent a consortium of insurance companies that created a special insurance policy specifically for apartment building owners. The policy was the best in the business for that specific purpose and the premiums were reasonable.

The problem was that there was no insurance coverage. The policies were fake. As the premiums came in, some small portion paid insurance claims, until a large enough book of business attracted millions of dollars in premiums. Then the fraudster was planning to skip with the money. Fast forward and law enforcement (FBI) caught him. He is now serving his ten-year sentence in U.S. Federal prison for fraud. That is not the point of this story. What happened to Kent is much more interesting.

The Damage
Kent was doing just fine on the morning of February 1, 2012, and then, within twenty-four hours, he was on the hook for $4.7 million in debt to clients for their stolen premiums. His clients, the FBI, and the Department of Justice all knew Kent was a victim of fraud. That did not stop his clients from suing him.

Over the next forty days, clients filed about forty lawsuits against Kent and his company. Kent had to deal with this legal attack, at a time when he did not know if he would be able to pay the office rent or even take care of his own family. Kent spent day and night at the office trying his best to do damage control, but this problem was not going to go away any time soon.

The Recovery
Kent refused to give up and lose everything that he worked so hard for a decade to build. While dealing with the damage, he decided to rebuild his insurance business fast. It was a now or never moment. Under pressure to find new clients, he turned to email marketing and focused on using contacts generated from LinkedIn, the social media system that caters to businesspersons.

After an exhausting legal battle with the real insurance company that insured Kent's own business, he got some of the damages covered. Kent's phenomenal concentration on lead generation using LinkedIn allowed him to finish the year of 2012 in a near break-even position, fully recovered from the loss of the stolen $4.7 million.

Kent continued to use his new system to build up the insurance business during the next year of 2013. This led to the largest year to date in his insurance career. On February 1, 2014, exactly two years after the embezzlement occurred, he sold his insurance business for a nice sum of seven figures, because he just did not have the heart for it anymore. His new love was lead generation using LinkedIn.