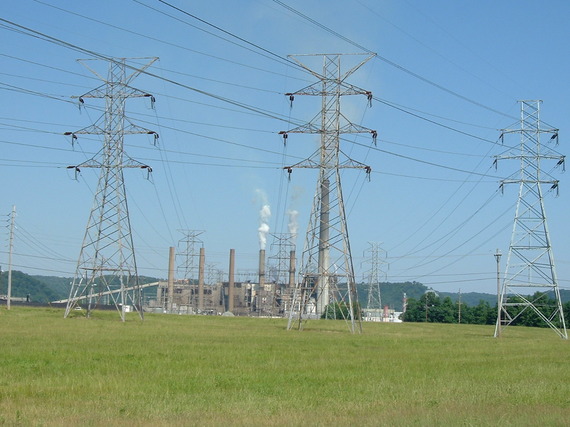 When most people think about Kentucky, clean tech and climate change aren't the first words that come to mind. Most of the chatter about this coal state is that it's recalcitrant when it comes to acting on climate change. And while some of that skepticism is certainly valid, there's lots happening in Bluegrass Country when it comes to green energy.

There's good reason for Kentucky to clean up its act when it comes to carbon emissions. The health of the state is at stake. Many of the state's counties are suffering from pollution, with 16 of them struggling with unhealthy smog levels. Nor is Kentucky immune to the myriad cases of West Nile Virus and Lyme Disease, both of which do very well in warming climates (and Kentucky, like the rest of the American southeast, is most definitely getting hotter).

More deadly, however, is all the extreme weather that Kentucky is witnessing, which is worsening with a rapidly changing climate. Without question this state is getting hotter. Kentucky is now seeing record-breaking heat, cold, snow and rainfall. And thanks to the increase of drought and more persistent dry spells, over half of the state's counties now face water shortages. Keep in mind that all of this is a consequence of climate change.

Our reliance on fossil fuels, and their carbon-intensive contribution to climate change, is having a direct impact on Kentucky. Kentuckians are feeling it. They're seeing it. And they're being hurt and harmed by it. And yet, in response, Kentucky still does not have a statewide plan to mitigate or prevent adverse health impacts from climate change. Something has to change.

The country - and, more specifically, Kentucky - has to transition off coal. The good news is that Kentucky has incredible amounts of renewable energy for the taking. It's ready and waiting. By some estimates, if you put solar panels on just one-fifth of the already cleared mining land, all of Kentucky's electricity needs would be covered. Even more impressive, and by similar estimates, putting solar panels on the nearly 900 square miles of cleared mountaintop would meet 10 percent of America's electricity needs.

The state's Department of Energy Development and Independence and its Division of Renewable Energy understands the way forward, noting, in no uncertain terms, that "renewable energy is an environmentally responsible alternative to fossil fuels". Despite the fact that the state doesn't have a renewable portfolio standard or target, this statement is a solid start, as are tax incentives to transition the state off fossil fuels. Kentucky's 30 percent tax credit for solar, for example, is just the beginning of what's possible.

Kentucky Utilities also understand the opportunity here, which is why they're building the state's first solar-powered commercial generation facility at the E.W. Brown Station in Mercer County. It'll provide enough power for 8,000 Kentucky homes. We need more of this innovation and leadership. The absence of a renewable portfolio standard ultimately discourages developers from scaling up renewable energy projects. This must change. A standard would provide certainty and spur economic productivity among Kentucky's innovators.

Fortunately, we don't have to wait for utilities to scale up large-scale infrastructure projects. The wind and the sun are there for everyone to harness, something even Duke Energy is encouraging in Kentucky. And that's real energy independence. You're not beholden to anyone for your power and you're harnessing it yourself, a concept the most independently minded Kentuckian can get behind.

That's what the democratization of energy is all about, and just in time, lest we dump any more greenhouse gas emissions in the air. We've just reached 400 parts per million of carbon dioxide in the atmosphere, a level that is not sustainable and only increasing. We cannot continue to break records when it comes to carbon. We're putting our lives, and our children's lives, in immediate danger.

While extreme weather may be here to stay, will we, on our watch, let it get worse and imperil humanity, or will we do something about it? We know the right answer here. It's time for Kentucky to lead, but this time not on coal, on something much cleaner.

Michael Shank, PhD, is adjunct faculty at George Mason University's School for Conflict Analysis and Resolution, and writes in his personal capacity.