California Chrome won the 140th Kentucky Derby at historic Churchill Downs on Saturday to open the 2014 Triple Crown season. The favorite at post time with 5-2 odds, California Chrome, with jockey Victor Espinoza in the saddle, started from the fifth post position and pulled away late from the rest of the 19-horse field for a dominant victory. The winning pair covered the 1 1/4-mile distance under the twin spires at Churchill Downs in 2:03.66 in front of a crowd of 164,906 fans.

The "most exciting two minutes in sports" began with Uncle Sigh surging to the lead early and setting the pace with Chitu. Chrome broke from the gates without notable trouble and Espinoza kept the California-bred horse just behind those early leaders. As the field of three-year-old horses came into the top of the final stretch, California Chrome broke away. Accelerating into the final furlong, Chrome built a lead as great as five lengths before the margin was closed somewhat before the finish line. Commanding Curve finished in second place, 1 3/4 lengths behind, with Danza following in third place. Wicked Strong was fourth and Samraat finished fifth.

"I never dreamt of winning two Kentucky Derbies in my entire career," Espinoza, who won the Kentucky Derby and Preakness in 2002 on War Emblem, told NBC's on-horse reporter Donna Brothers on the track after his winning ride. "It’s an awesome feeling and when I work hard, everything comes along."

Horse racing has not had a Triple Crown champion since Affirmed in 1978. The second race in the Triple Crown circuit, the Preakness, is set for May 17 at Pimlico in Baltimore. The final race of the Triple Crown, the Belmont Stakes, will take place in New York on June 7. 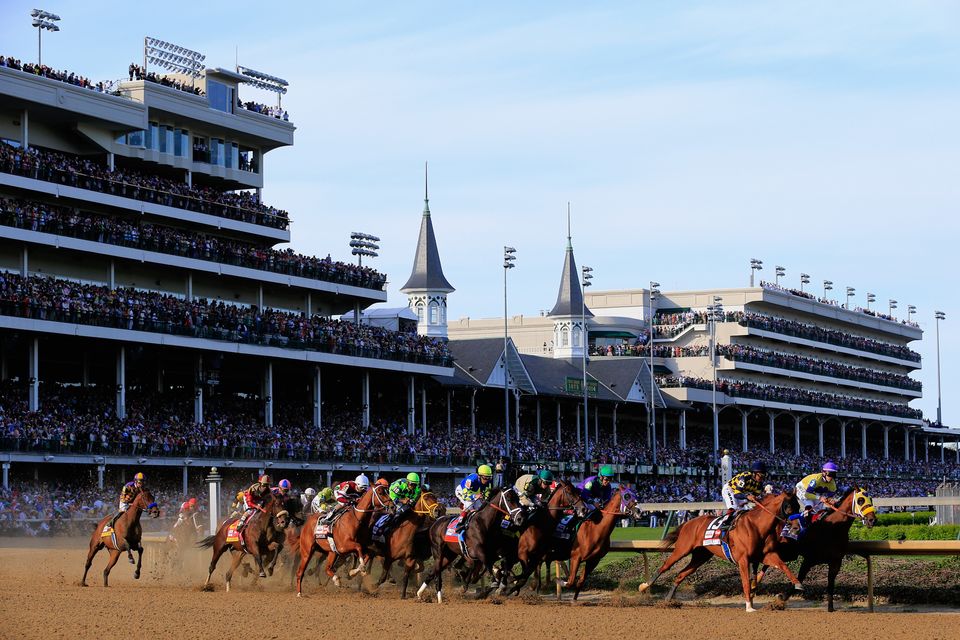 1 / 44
140th Kentucky Derby
LOUISVILLE, KY - MAY 03: The field heads out of the first turn during the 140th running of the Kentucky Derby at Churchill Downs on May 3, 2014 in Louisville, Kentucky. (Photo by Rob Carr/Getty Images)
Getty Images