A group of Kentucky Republicans is up in arms over a state testing program that requires high school students preparing for college to have an understanding of biological evolution.

When the Republican state legislature voted in 2009 to link Kentucky's testing system to national education standards, it opened the door for biology exams that would test students' proficiency in the field of evolution. State Rep. Carl Rollins, a Democrat, told the Lexington Herald-Leader that this was standard practice, as ACT, the company that coordinates Kentucky's testing program, developed the material by surveying biology teachers across the country on which studies they believed should be included. They responded, rather unsurprisingly, that biological evolution was an important concept for incoming college students to grasp.

But state Republicans are now recoiling at their decision. They claim it doesn't give the theory of creationism a fair shake and places undue emphasis on the teaching of evolution, which they maintain exists only as a "theory."

"I would hope that creationism is presented as a theory in the classroom, in a science classroom, alongside evolution," state Sen. David Givens (R) said in an interview with the Herald-Leader. "We're simply saying to the ACT people we don't want what is a theory to be taught as a fact in such a way it may damage students' ability to do critical thinking."

State Sen. Mike Wilson (R) said he thinks the system could allow students to be "indoctrinated" by the study of evolution.

Kentucky Education Commissioner Terry Holliday responded to the lawmakers' inquiry, telling them that the test is “based on evolution as a theory, not as fact.” Asked by the Republicans why teachers couldn't simply include creationism as a counterpoint to lessons on evolution, Holliday reportedly reminded them that creationism is a religious belief and doesn't have a place in a science classroom.

The National Center for Science Education took note of the report, reminding that Kentucky has a history of combativeness toward the teaching of evolution:

Previous legislative activity aimed at undermining the teaching of evolution in Kentucky's public schools includes House Bill 169 in 2011 and House Bill 397 in 2010, both based on the so-called Louisiana Science Education Act; both bills died in committee. Kentucky is apparently unique in having a statute (PDF; Kentucky Revised Statutes 158.177) on the books that authorizes teachers to teach "the theory of creation as presented in the Bible" and to "read such passages in the Bible as are deemed necessary for instruction on the theory of creation." Yet the Louisville Courier-Journal (January 11, 2006) reported that in a November 2005 survey of the state's 176 school districts, none was teaching or discussing "intelligent design."

While the debate has been rehashed countless times, Vincent Cassone, chairman of the University of Kentucky biology department and a member of the committee that helped developed ACT's testing curriculum, told the Herald-Leader that the Republicans' rejection of evolution was incomprehensible.

"The theory of evolution is the fundamental backbone of all biological research," he said. "There is more evidence for evolution than there is for the theory of gravity, than the idea that things are made up of atoms, or Einstein's theory of relativity. It is the finest scientific theory ever devised." 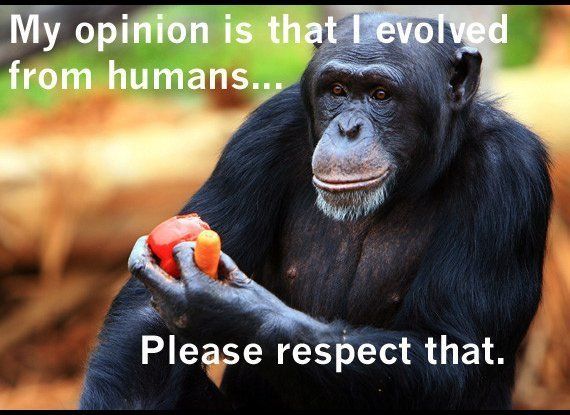