"This is beyond fixing. It needs to be pulled out root and branch and we need to start over," McConnell said during an interview on Fox's "On The Record With Greta Van Susteren." "It's been a catastrophe for health care and for the economy at large."

But the governor of McConnell's home state came to Capitol Hill on Thursday with a vastly different message: the health care law is working, and people in Kentucky can't get enough of it.

"I have a U.S. senator who keeps saying Kentuckians don't want this. Well, the facts don't prove that out," Kentucky Gov. Steve Beshear (D) told reporters.

Beshear said more than 550,000 people have visited the state's Obamacare enrollment website since it launched on Oct. 1. More than 180,000 have called into the health care call center and about 69,000 people have signed up, or about 1,000 Kentuckians per day. Of those who have signed up, he said, 41 percent are under the age of 35.

"There is a tremendous pent-up demand in Kentucky for affordable health care," Beshear said. "People are hungry for it."

The governor also boasted of the law's economic benefits to the state. Over the next eight years, he said, it will generate $15 billion for Kentucky's economy and create 17,000 new jobs.

McConnell spokesman Don Stewart responded by citing an article about 280,000 Kentuckians being forced to give up their current insurance policies as a result of Obamacare requiring stricter guidelines for coverage.

Beshear made his remarks during a press conference with House Democratic leaders, just after meeting with the full Democratic caucus. He said his message to them was to "be patient, take a deep breath" as the administration works out kinks in getting the health care website fully up and running for people around the country.

Asked if he thinks Obamacare will be a factor in McConnell's reelection campaign in 2014, Beshear said "it may well be," but perhaps not in the way McConnell hopes.

"I predict it will be an issue where people start looking at the critics and say, 'What was all that yelling and screaming about? I think you must have misinformed us about the Affordable Care Act,'" he said.

UPDATE: 3:00 p.m. -- McConnell later said in a statement that he's been traveling around Kentucky listening to his constituents since Obamacare became law. He said it is "unacceptable" that hundreds of thousands of them lost their current health plans and that small business owners are seeing a spike in their insurance premiums.

"What I’ve heard at every stop is proof that the damage Obamacare is doing isn’t just speculation -- it’s reality," McConnell said. "The things my constituents now have to put up with as a result of this law are simply unacceptable." 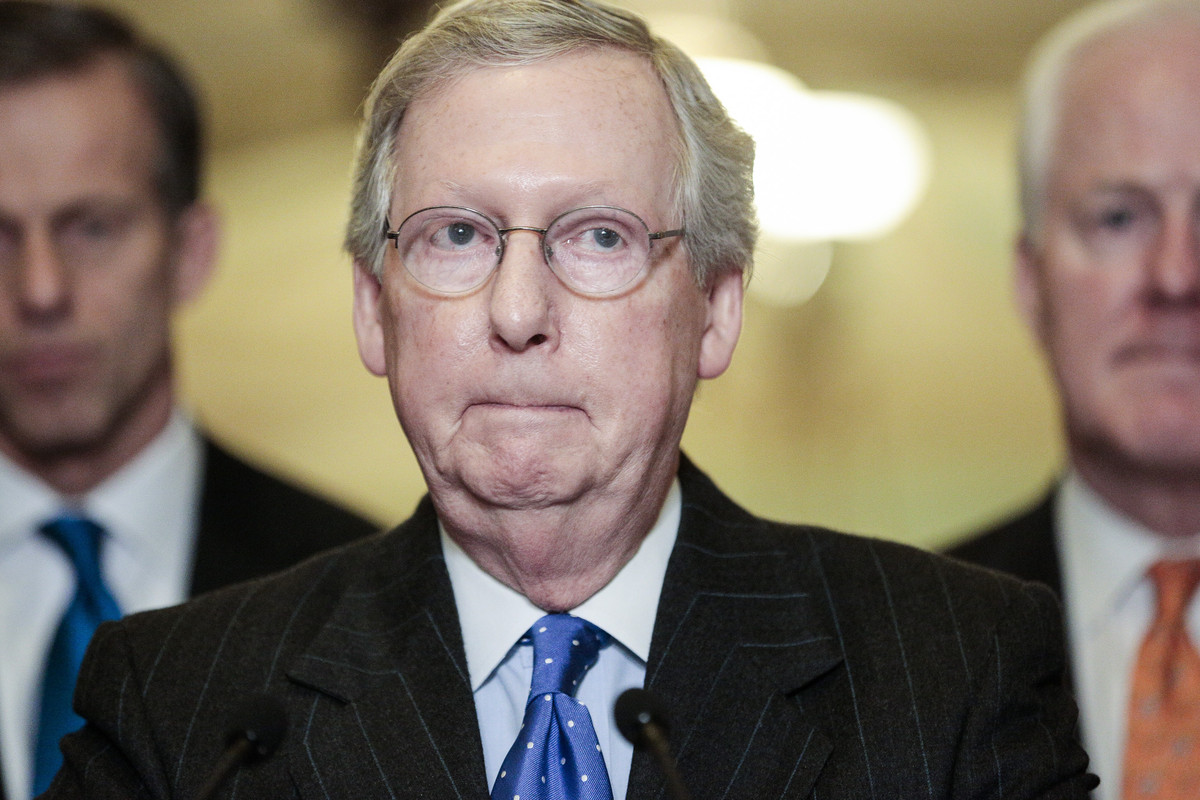 1 / 14
We Mean It... Smile!
It's not often we see Sen. Mitch McConnell (R-Ky.) crack a smile. He dons his go-to straight face most of the time. Ahead, see the rare grins of the Kentucky senator. (Photo by T.J. Kirkpatrick/Getty Images)
Getty Images