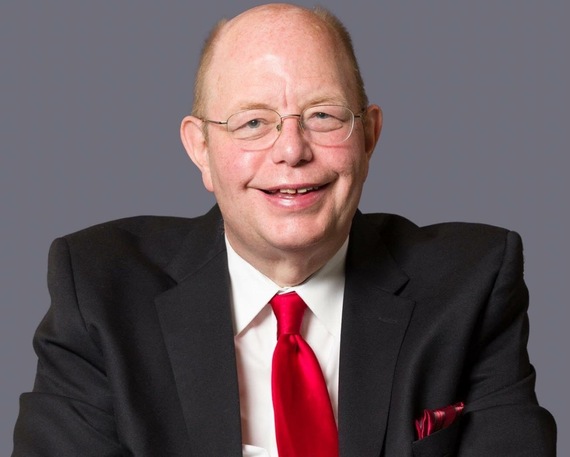 According to their website, the Courier Journal updated their story on April 9, 2016 at 5.31 pm and added this updated story: http://www.courier-journal.com/story/news/politics/2016/04/08/dont-study-history-lt-gov-tells-students/82794792/

The update from the Courier Journal piece reads as follows:

" Update: On Saturday, the Eastern Progress published the full transcript of the interview, which included the full quote that reads, "I would not be studying history. Unless, you have a job lined up." The newspaper also issued a clarification: "As a student, Hampton said she would be looking for degrees that would land a job after graduating and not focusing majors such as history, which might have limited prospects.""

Saint Thomas More: "Why not be a teacher? You'd be a fine teacher; perhaps a great one."
Richard Rich: "If I was, who would know it?"
Saint Thomas More: "You; your pupils; your friends; God. Not a bad public, that."
-A Man for All Seasons

"I think that he's achieved a success far beyond riches and fame. Look around you. There is not a life in this room that you have not touched, and each of us is a better person because of you. We are your symphony, Mr. Holland. We are the melodies and the notes of your opus. We are the music of your life."
-Mr. Holland's Opus

"The only thing new in the world is the history you do not know."
-President Harry Truman

My career as a businessman happened because two history teachers at Covington Catholic High School, Timothy Banker and Joe Hackett, stepped up nearly 40 years ago and became the Mr. Holland's in my life. They took a bad student and gave him the enthusiasm to dream big dreams and make the effort to achieve them.

Those great teachers taught me to love the study of history. You can go back somewhere in history and find someone, somewhere, who has been in a similar situation to what you see now. With a little imagination and creative thinking, you can learn from what happened in the past, and apply that knowledge to create a future.

Thus, I was stunned when Kentucky's Lt. Governor Jenean Hampton told the Eastern Kentucky University Progress (a paper that I wrote for from 1978 to 1980) that, "I would be looking for degrees that would land a job. I would not be studying history."

As an entrepreneur who has created several Kentucky businesses and hired hundreds of Kentuckians over the past 34 years, my question to Lt. Governor Hampton is: What kind of job do you want them to land? One where a person can be immediately hired or a career where they can adapt in the future?

Using tax dollars and resources to train students for careers as fast food workers is a good deal for McDonald's. It gives the new employee some immediate income. What it does not give the employee is a future. They have no ability to adapt if technology, legislation, world economics or changing eating habits eliminates the concept of fast food employees altogether.

I spend a lot of time trying to figure out where the world is going next and books like Rise of the Robots or The Lights in the Tunnel (both by Martin Ford) come back to the same conclusion: Don't get stuck in a one particular type of job or career. All can be eliminated or downgraded in a rapidly shifting world.

It's not just about factory jobs that are being moved to China to Mexico. What Ford and others graphically point out is that the highest profit is in eliminating high-paying jobs. I don't think many car insurance agents planned on being pushed out by a Gekko. Or that radiologists may be replaced by computers. But it is happening and happening rapidly.

I would rather be teaching young people how to study history than to master a trade that may not be around in years ahead.

Lt. Governor Hampton and Governor Matt Bevin are the only Kentucky Governor or Lt. Governor in my adult lifetime I have never met. I was active in Kentucky politics and state journalism for decades and wrote a book about a previous Governor. A few years ago my interests shifted, but when the state's second highest official starts going after the study of history, it may be time to start getting interested in Kentucky government again.

Attacking the study of history is like attacking part of my family. It's part of who I am and has allowed me to be successful in business and as a writer. Also if you read my new book, Brand New Man: My Weight Loss Journey (RRP International Publishing), you will see how the study of history helped me lose over 100 pounds. Understanding history is the key to everything.

Although I never met Lt. Governor Hampton, we come from similar backgrounds. Hampton and I are a year apart in age and our parents each divorced when we were around age seven. We both grew up in urban areas, loved to use the public library, and were fascinated by NASA and the space program. Her mother cleaned houses and my mother (and grandmother) worked in a potato chip factory. Mom worked her way through school and became a nurse later in life. Hampton and I each worked our way through public universities without help from our families and got some grants and scholarships along the way. I got a fellowship to get my first Master's degree at Vanderbilt, and she got an MBA from the University of Rochester.

So why is it that I love history and she doesn't?

Hampton's career focused on computers, the military and the corrugated packaging industry. My study of liberal arts gave me the worldview to be successful in finance and in creating businesses. I have nothing against computer science people or military veterans. I've had several of them work for me and do very good work. But if you look at the top business or political leaders of the United States, most of them did not have a "technical" or "job ready" major.

And the best ones understand history.

Any list of our greatest presidents will include people like Theodore Roosevelt, who was a true history scholar, and some of the most successful leaders in technology like Elon Musk and Mark Zuckerberg are history buffs as well.

In the late 1970s, a top executive at a large telecommunications company lamented to me that business schools were producing MBA graduates who had no knowledge of the humanities. He worried that they were a bunch of automatons. He said, 'I can teach these people business skills, but I can't teach them ethics, history, or art.'

And also good enough for the people of Kentucky.