In Kentucky we hear a lot about the war on coal. But on a rare Saturday session that cost taxpayers $70,000, I had a front-row seat at our Capitol for Kentucky’s other war: the war on women.

The Senate passed House Bill 2, requiring an invasive, humiliating, intra-vaginal ultrasound for any girl or woman seeking an abortion.

In the House, Senate Bill 5 passed with a vote of 79-15, banning abortion after 20 weeks, in clear violation of the U.S. Constitution. While there is a provision to account for the mother’s health and fetal viability, the penalties are set so steep as to intimidate both women and their doctors.

Two physicians (unrelated in practice) must sign off, and any mistake in paperwork or procedure runs the risk of felony conviction, loss of license and potential civil lawsuits and damages.

I had no intention of spending eight hours at the House of Representatives, until I saw the stupefying statement by Senate President Robert Stivers: “This is my belief: there are two viable beings involved. One had a choice early on to make a decision to conceive or not. Once conception starts, another life is involved, and the legislature has the ability to determine how that life proceeds.”

Translated: At conception, even in cases of rape or incest, a woman’s body becomes the property of the commonwealth.

Women do not cavalierly decide to abort past 20 weeks unless there is something terribly wrong, and 99 percent of abortions occur well before the 20th week. So why the rush to pass such restrictive legislation on women?

From my seat at the center of the House gallery, I remained silent. In the previous session on worker’s rights, I’d witnessed a coal miner’s daughter hauled out by police for saying, “The GOP hates labor!” so I sat quietly, and I listened to every argument of the representatives on the floor.

Mostly men. Mostly elderly men sharing long, meandering, personal stories — not stories of their own bodies, of course, but of their wives and mothers —reminding us over and over that “life is a precious gift,” and quoting both related and unrelated biblical passages.

One representative, who could possibly use an anatomy lesson, went on at length about the time “Mary carried Jesus in her stomach.”

And yet with all of the talk on the House floor about the sanctity of life and the joy every child brings into this world, there remains this sad reality: All pregnancies are not wanted.

I once tutored a bright, loving foster boy until he turned 18 and aged out of the system. Depressed and alone, with no family and nowhere to go, this boy rose one morning before dawn and threw himself in front of an oncoming train.

I promise you there is nothing more lacking in sanctity and joy, nothing as gutting, no church as empty, as the funeral of a child no one claimed, or wanted.

To our lawmakers in Frankfort, I ask: What is your emergency plan for the 7,000 displaced and unwanted children who are already here, and suffering?

An intra-vaginal ultrasound is not medically necessary.

A 20-week abortion ban — with no exception for rape or incest, where the father (uncle? brother? cousin?) is afforded the majority of rights, and which offers absolutely no economic, medical, or mental health assistance—is simply a prison sentence for girls and women, parading as healthcare.

Last weekend, I had a front-row seat for the war. Considering the GOP philosophy of less government, less restriction and less intrusion in our lives, this emergency legislative session to take away women’s rights is both terrifying and insidiously suspect.

I fear, we should all fear, what comes next. 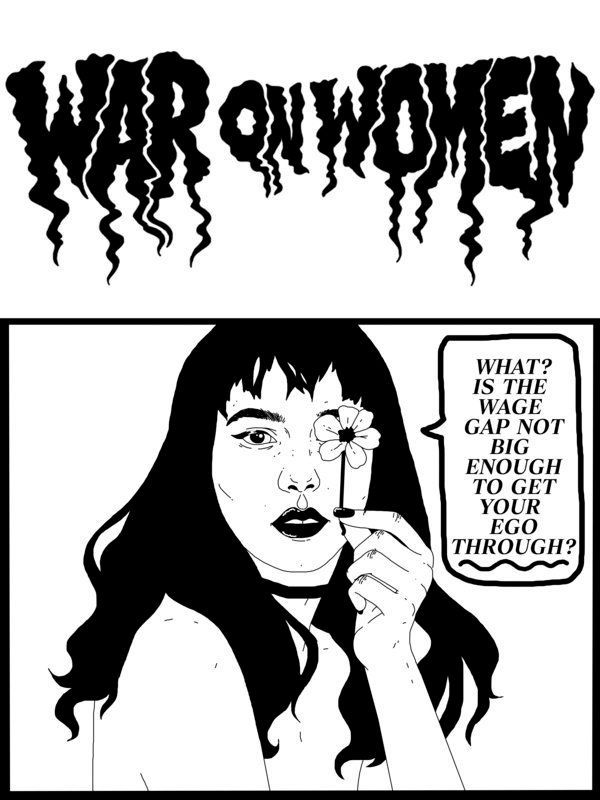