Remember the Kenya dolls from the 90s that captured nearly every little brown girl's heart? Well, they're back!

Kenya first hit shelves in 1992 and became an overnight success -- consistently selling out in stores across the country and ultimately becoming one of the cult favorite toys of the decade. Created to provide girls of color with a toy that reflected their appearance (both their skin tone and features) and could be used as a tool to instill self-esteem, the dolls are arguably just as important today as they were then.

We can almost hear the squeals of joy coming from the countless black women in their 20s as they read this post and remember their childhood days with Kenya in tow.

Kenya's World LLC, the company relaunching the product line, is hoping those women help fuel the enthusiasm and buy the new dolls for the next generation of little girls when they hit shelves once again this November.

It's that rich history and deep sense of integrity attached to the brand that inspired the presidents/CEOs of Kenya's World, Donald Levine and his son Neil Levine, who also head DML Associates, the original entity that created the property of Kenya, to bring the dolls back after production stopped in 1996 following a failed licensee change.

"We want to use Kenya as an historical brand, to be able to springboard our message of pride within the family and community," Neil Levine explained to The Huffington Post.

The new crop of dolls will be available in three different skin tones just as they were in the 90s and come with a Magic Hair Lotion, Styling Guide and hair accessories. However, the relaunch isn't just about the classic Kenya doll, the company is also creating products for the infant and tween markets.

"This is the first time a toy line has ever launched, whether its African American-based or not, a product line across three platforms," Bruce Walker, Kenya's World, LLC executive vice president of music and entertainment, told The Huffington Post.

Building off the brand's tagline "growing up proud, just like me," the debut of the My First Kenya doll (for newborns to toddlers) and Kenya "Fashion Madness" (for girls ages 8-14) is also scheduled for November.

While the Kenya doll and its plush newborn version are sure to be hits, it's the introduction of the "Fashion Madness" line that presents the most multi-platform opportunities for the company. The dolls that make up the collection are grown-up, Barbie-like versions of Kenya and her stylish crew: best friend Denise, boyfriend TJ and little sister Keyshia.

The grownup Kenya doll is the lead singer of a group called Rock Star Madness, which you can read about on her blog. Yup, Kenya 2.0 is no joke. There is also a real-life version of Kenya played by "Hannah Montana" star Shanica Knowles. The rest of Kenya's "Fashion Madness" crew also has human counterparts, who will make appearances and star in music videos--like its first one called "Proud" (see video below).

The company wants to make it clear that the relaunch is not just about putting another doll on the market, it is about creating a movement.

Kenya's World, has formed "Project Pride,"a cultural initiative within the brand that aims to foster respect, responsibility and educational growth within the black community. The company will be embarking on a cross-country tour this fall, visiting schools, putting on live performances, conducting community events and attending in-store appearances.

"There an opportunity to create a cultural movement and awareness for African American children, Hispanic children and multicultural children to give them the foundation of pride within family and community," Levine told The Huffington Post.

The team behind Kenya's World is passionate about continuing Kenya's legacy of pride and self-acceptance. Levine says he plans to apply the model to the Hispanic community and other ethnic groups over the next few years.

Check all the fun new products from Kenya's World and some of our cult favorite '90s toys we found on BuzzFeed and Flickr. 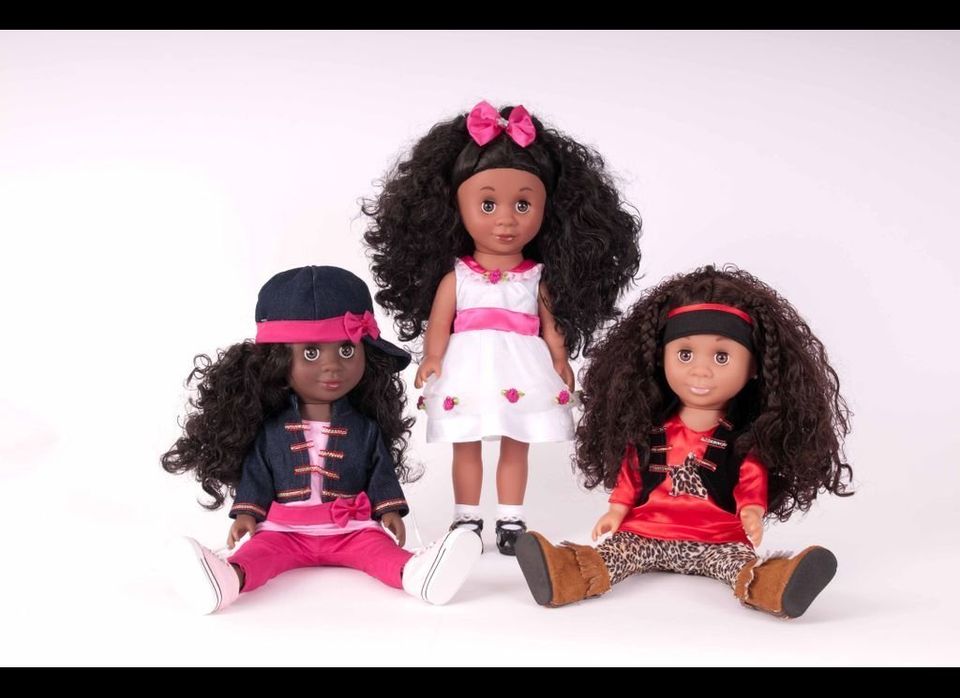