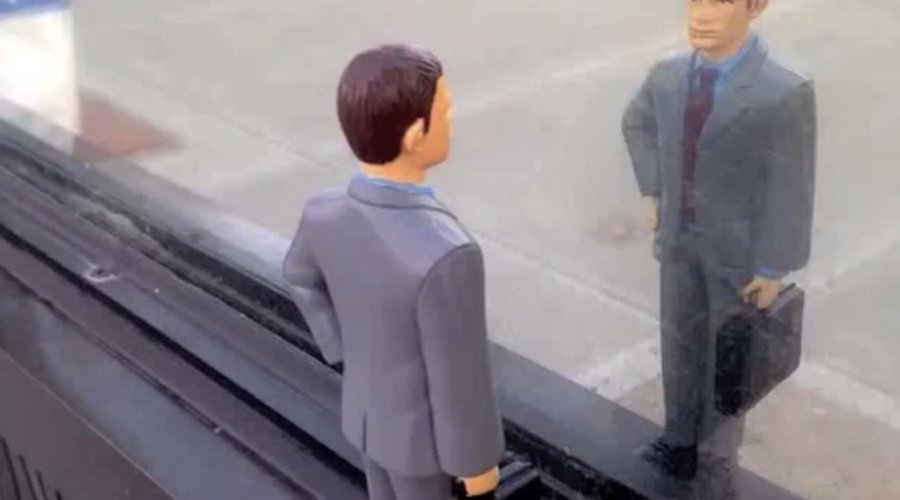 "Privilege is plastic," artist Kenya (Robinson) explained in an interview. "Just like 'race' is a plastic material. It's totally made up. It's a story. It has no space in reality."

Kenya carries a white man in her pocket. Not a living, breathing human being, but a small figurine, something you'd pick up at a discount store. It was gifted to her by an old boss at the Brooklyn Children's Museum and it reminds her of a very important message: you are more privileged than you think, no matter your gender, socioeconomic status or the color of your skin.

"It was the first time I had a black woman as a boss," Kenya explained. "After the day was done we would meet and debrief about what we were going to do next. Somehow the conversation veered -- she asked me if I had a boyfriend. And I was like, 'Noooo, but I want one!' And she said, 'You know what, Kenya? You need a white man.' I could tell she was leading somewhere. Then she says, 'I have a white man.'"

"She pulls this sucker out, a figurine you could get from a discount school supply store. It comes in a set of six, I believe. He was this little businessman, still in the plastic. She said, 'You know what, I think you could use him.'"

Thus the project #WHITEMANINMYPOCKET was born.

For Kenya, the unorthodox exchange between coworkers happened at the most fortuitous of times. "There was all this bullshit happening with white people apologizing for things they had said. Steve Martin had tweeted something offensive and Paula Dean made her comment. I thought, you know what? You've been getting so out of pocket I'm going to put you in my pocket. And I took him out of the wrapper and I put him in my pocket. And that's what started it."

The artist imagined that the male figurine clad in business casual could serve a variety of purposes. For one, the miniature flips is capable of flipping any power dynamic, theoretically restoring a sense of agency to those silenced and stymied by patriarchy and prejudice. But the stoic little men, first and foremost, serve as a reminder of the illusory makeup of privilege -- an invisible commodity available to those who step up and own it.

"As someone who strongly identifies as a black, American person, all of the violence inflicted upon black bodies -- verbally, emotionally, physically, spiritually -- it's really overwhelming. I needed something. I needed to create privilege for myself because every message that I was receiving told me I wasn't privileged at all. But, you know what? I am breathing. I am able to express myself in a positive way. That is a big privilege, but sometimes I forget that."

When Kenya began the project, her white man lived publicly online -- primarily on Instagram -- through a thorough photography archive that documented its daily goings on. She soon noticed that strangers who caught a glimpse of the #WHITEMANINMYPOCKET often reacted viscerally and conspicuously. "There's this Chinese bakery that I've been going to for years," said Kenya. "One day, I'm looking for change and I pull out my white man and put him on the counter. Normally this place is all business, but the woman at the counter, she just started laughing out loud. I then realized this thing had power." 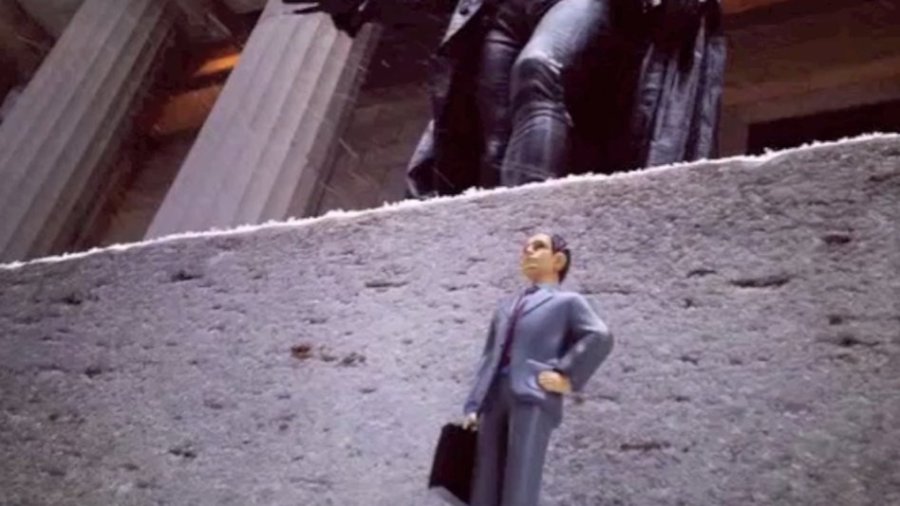 So Kenya decided to extend her project beyond Instagram, making a tiny army of pocket-sized white men. Her first idea, inspired by the Terra Cotta soldiers in China, was to construct a multitude of ceramic figurines and then bury them. She then changed gears a bit, opting instead to create her diminutive crowd from chalk -- a material she likes for being "really white white" in hue. For an upcoming June exhibition (location to be announced), she plans to make thousands of them.

"I've been wanting to really expand the sense of scale," Kenya explained. "I am not going to make what I call a 'big dick' sculpture. But I can make so many multiples that it feels overwhelming in the space." 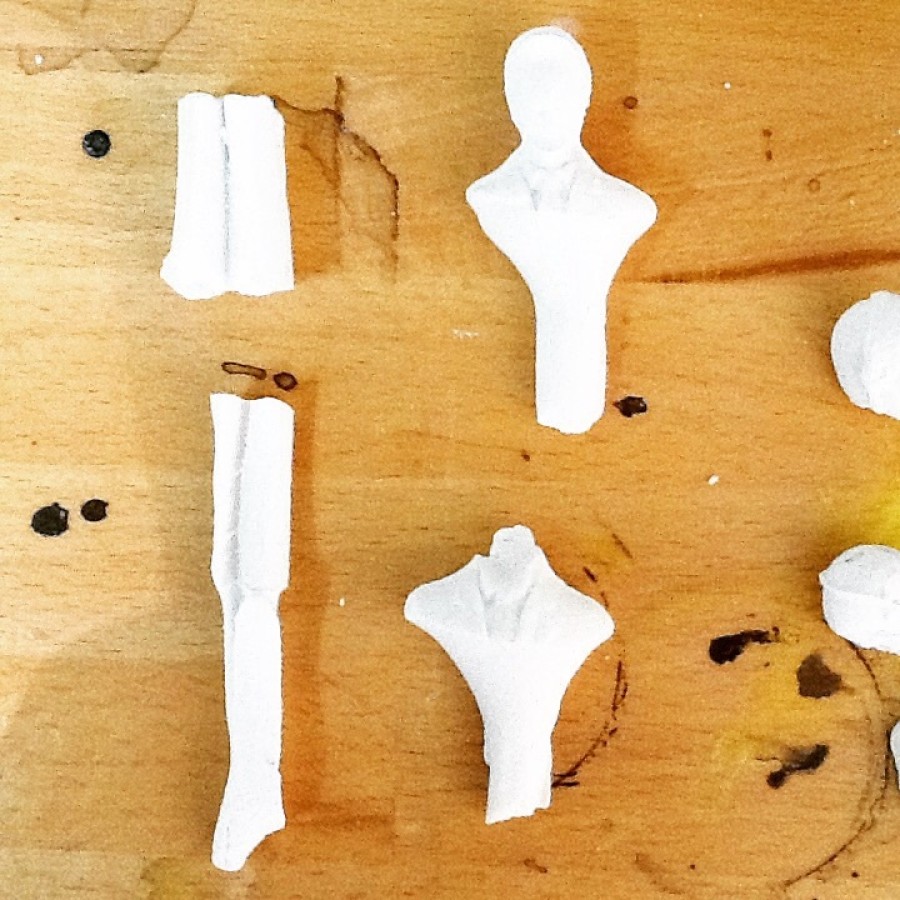 In the meantime, Kenya hopes that even saying the words "white man in my pocket" in anticipation of the exhibition will mobilize others to strive for change, and own their inner privilege. "Black people often times whisper the word white. It's like, if you can't say the word then what hope do you have of changing the conversation? You have none. I wanted to create something where, at least, people will practice saying 'White man'... We're not talking about race. We're talking about the relationship between black people and white people. And when we use words that are confusing, it's blocking the real conversation."

The miniature figurines, she believes, can serve as visible, tangible reminders of that abstract idea of privilege, a word that's commonly used but perhaps not too often understood. "You already have more privilege than you think you have," she said. "Privilege is plastic material anyway; it's just a made up thing. If you say it enough, people will agree."

Stay tuned for more on Kenya's project. In the meantime, you can check out the history of #WHITEMANINMYPOCKET on Instagram here. 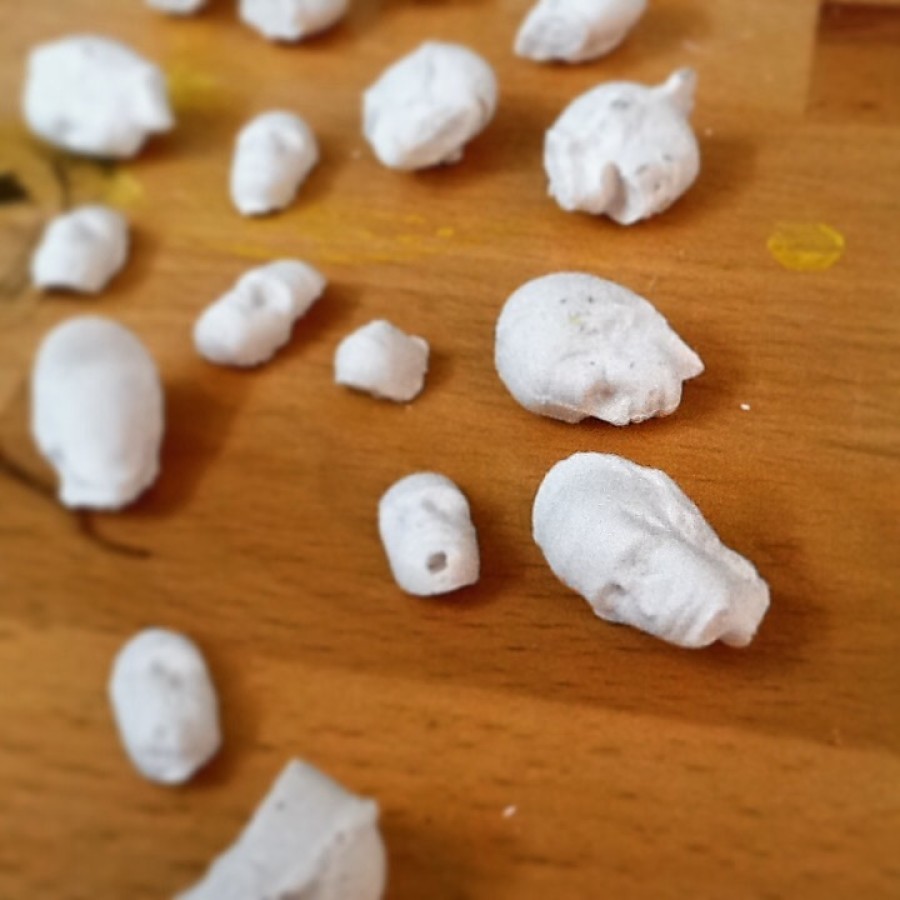