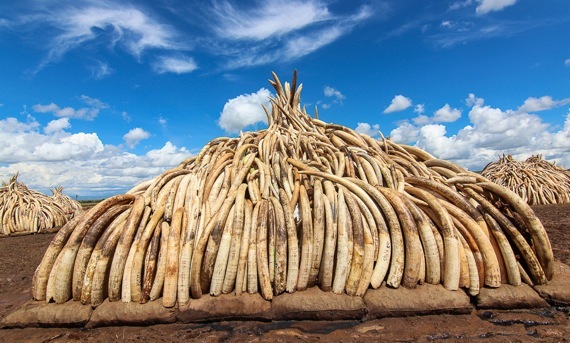 Financial markets love predictability and hate mixed messages. When messaging is ambiguous, it can send the markets into a tailspin. The same can be said for conservation. To address the threat of the illegal wildlife trade, the message we send must be direct and unwavering.

On April 30, Kenya will send a very clear message to the marketplace when it destroys its entire stockpile of ivory and rhino horn.

Some will ask why Kenya is destroying its stockpile. They will argue that the government should instead petition to sell its ivory and rhino horn to raise money for conservation. They may even wonder whether it would be better to set up a permanent legal trading system, one that would price out the traffickers.

The international community has conducted a 20-year experiment on the feasibility of achieving a stable and sustainable market for responsibly procured ivory. Since the 1989 international ban on ivory trade, CITES (the Convention on International Trade in Endangered Species of Wild Fauna and Flora) allowed several one-off ivory sales, in which southern African countries were allowed to sell their stockpiled ivory to demand countries like China and Japan. 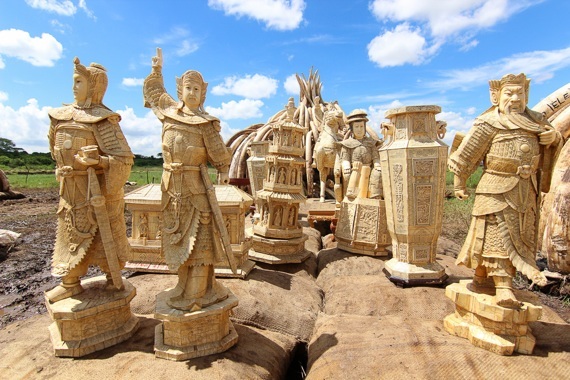 The legal sale and influx of ivory into two of Asia's primary ivory markets, far from satiating demand, stimulated it, and stripped away any taboos associated with buying and owning ivory. Traffickers used the legal ivory systems in countries like China and Hong Kong to launder illegal ivory and steer it toward carving factories and shop floors.

A legal, international ivory trading system assumes that countries in Africa, Asia and beyond can adequately regulate and monitor trade. It assumes they will devote substantial resources and manpower to tightly restrict and regulate the system, while continuing to devote substantial resources to combat poaching and wildlife trafficking. That is why zero trade -- legal or otherwise -- and zero demand are the only viable options for stopping this crisis.

That is why zero trade -- legal or otherwise -- and zero demand are the only viable options for stopping this crisis.

It is why I am relieved to see that South Africa has decided against proposing legalizing trade at the upcoming CITES conference. Such a proposal would have been a waste of political capital and almost certainly would have failed. It would have divided the conservation community and key stakeholders at a time when unity is needed.

We must continue to move the needle in the right direction. This is the first year since 2007 in which rhino poaching numbers in South Africa have gone down. While that does not mean we have reversed rhino poaching--South Africa is still losing more than 1,000 rhinos every year--it is marginal improvement. Why, when you finally have the numbers going in the right direction, would we consider opening up trade?

The same with elephants. We are still losing more than 20,000 elephants each year in Africa. That is unsustainable and unthinkable. Kenya certainly believes so. The country's April 30th blaze will send a direct and unwavering message to the illegal trade market that Kenya is moving toward a zero tolerance approach to wildlife crime. 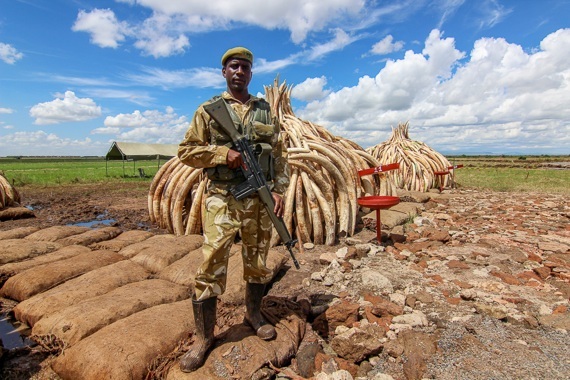 Each of us has a role to play in combating the illegal wildlife trade. With so much at stake, we cannot afford to be bystanders, assuming someone else will take care of the problem. We all must act. Kenya's burn will elevate awareness nationally and globally.

Kenya is making their stand known -- that elephants, rhinos and other wildlife are #WorthMoreAlive. Let us all support them in their efforts to bring an end to the illegal wildlife trade before, during and after the burn. And let us move away from sending mixed messages to those illicit markets that thrive on ambiguity and disunity.