It's so far away that even if you booked a trip on the speediest of our rockets, you'd have 100 million years to polish your Sudoku skills en route to Kepler 186f.

That's probably not going to happen. But what has happened is that a team of astronomers, after carefully combing data from NASA's Kepler space telescope, has finally nailed a world that might be similar to our own.

But is it inhabited?

Lately Kepler 186f has been in the news as much as Vladimir Putin, although the former is more appealing. For the first time we've uncovered a planet that -- unlike Venus, Mars or the other Roman deities of our solar system -- could bear a passing resemblance to Earth. It's nearly the same size as our planetary home and has temperatures that would permit liquid oceans to slosh around its surface.

So here's the big question: Does this similarity extend to biology? Is Kepler 186f bedaubed with life?

Finding the answer is not easy.

To begin with, merely turning a telescope to this world in hopes of finding water vapor, oxygen or some other fingerprint of life isn't going to pan out. It's too far away. SETI Institute astronomer Elisa Quintana (the lead author on the paper describing the discovery) has noted that even large, next-generation telescopes won't have the horsepower necessary to sniff out such clues on Kepler 186f.

But there's another approach: We can hunt for radio signals that would indicate that there's intelligent life on this world. The SETI Institute has examined this star system using its Allen Telescope Array, searching for transmissions over a wide range of the radio dial, from 1 to 10 GHz. So far no dice, although we will surely keep trying.

But the fact that we've not yet picked up radio noise from this sibling world is hardly discouraging. To begin with, Kepler 186f is nearly 500 light-years away, which is a fair piece, even for astronomers. To detect radio signals with the Allen Array would require aliens wielding a transmitter of at least 100 million watts, mounted on an antenna the size of a football field. They'd also have to train the antenna in our direction.

But of course, they don't know about Homo sapiens, so their incentive to beam signals our way is probably small.

That's a question of incentive. But a larger concern is this: Even if Kepler 186f has been thrumming with life for billions of years, does it also host creatures who can build a radio transmitter? After all, aliens could have swung their eavesdropping equipment in our direction for more than 4 billion years without picking up a thing, even though Earth has had critters on it for nearly all that time. Only in the last 70 years or so have we been bubbling high-frequency, high-powered radio waves skyward -- mostly as leakage from our radar, TV and FM radio.

Indeed, that simple observation suggests that if you want a decent chance of finding the extraterrestrials, you need to examine a lot of planets similar to Kepler 186f.

How many is a lot? Well, let's take our own circumstance as example: No one knows how much longer Earthlings will continue to emit radio waves that would tell someone we're here. But let's be optimistic and assume that we'll continue chattering into the cosmos for another 10,000 years. That means that Homo sapiens would be visible to someone else's radio receivers for only about 0.0002 percent of the lifetime of our planet. If that's a typical circumstance, then only 1 in a half-million habitable worlds will be sending out signals at any given time.

So checking out the first one you find -- in this case, Kepler 186f -- is obviously a good idea. But you shouldn't get your hopes up.

OK, so discovering ET may be just a matter of looking at lots and lots of habitable worlds. That's certainly possible in the coming one or two decades. But how many star systems are we talking about? Are planets like Kepler 186f plentiful or rare?

The answer to that question -- an answer that will better define the magnitude of the task -- will become much clearer if we find a second example, something that Quintana thinks will surely happen.

It's like this: If you walk into a Vegas casino, you can see rows and rows of grim-faced gamblers feeding the slots. It looks discouraging. But if you hang out a bit, you might hear the cheerful music of a jackpot somewhere among the rows of machines. That proves to you that it's possible to win big -- possible, but how likely? Maybe you just lucked out, entering the casino the one day that year when someone won big. But if you stand around and wait and hear a second jackpot jingle, then you have enough data to roughly reckon how many times you need to play to win the big bucks.

So there's no doubt that discovering the first Earth-sized, habitable world is going down in the history books. But don't discount number two. Finding a second would give a strong clue about how many star systems we need to reconnoiter before our antennas resonate to the sounds of another culture, another society and another instance of intelligent beings. We don't have to find each candidate world individually, the way we have with Kepler 186f; we just need to get a better idea about what fraction of stars boast such planets.

It's a situation of which the Kepler scientists are well aware. And they're working hard to hear the jingle. 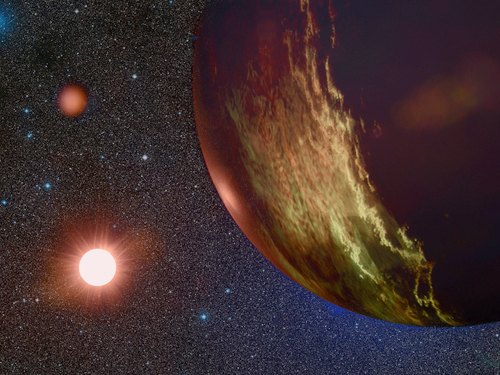