The National Optical Astronomy Observatory announced on Wednesday the discovery of Kepler-21b, a new planet that's close to the size of earth and is only about 352 light years away.

Astronomers frequently discover new planets (according to Time magazine, we're up to over 2,000), but Garmany said that what's exciting about Kepler 21-b is that the planet is relatively Earth-sized. While its mass is about 10 times the size of our planet, its radius is only 1.6 times the size of Earth's.

"Until a few years ago, the smallest extra-solar planet that we had discovered was the size of Jupiter or Saturn, which are about ten times bigger than the Earth," Garmany said. "Now we're getting down to something almost the size of the Earth, showing that we have the technology to find the earth-size planets."

The new planet has a star that's just a bit bigger and hotter than Earth's sun, although it's substantially younger. But because the planet is so close to its star, it's far too hot to have liquid water, the base for life as we know it. At only 6 million kilometers (about 3.7 million miles) away from the star, Kepler-21b's temperature is a blistering 2,960 degrees Fahrenheit, according to scientists' estimates.

The discovery of Kepler-21b was a collaboration of both sky (the Kepler observatory) and ground-based telescopes at the Kitt Peak National Observatory in Arizona.

Phil Plait, the Bad Astronomer, writes in Discover Magazine that researchers examined the planet for 15 months. The results of the study will be published in Astrophysical Journal.

PHOTO GALLERY
NASA Photos 2010: The Most Stunning Images Of The Year(CLONED)

Kepler-21b: Near Earth-Sized Planet Discovered 352 Light-Years Away
NASA Photos 2010: The Most Stunning Images Of The Year(CLONED) 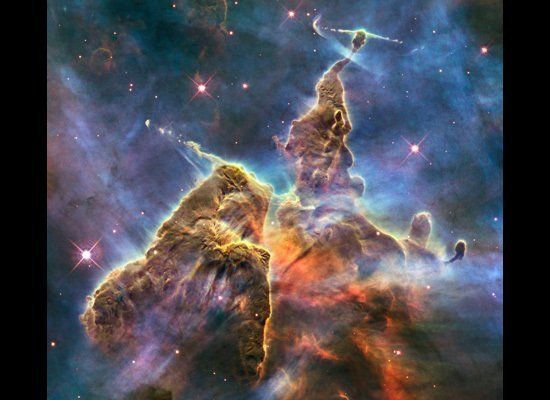