Call it the comeback of the year.

Last year, equipment failure caused NASA to deem its $600-million Kepler space telescope irreparable. But since then, astronomers and engineers devised an ingenious way to repurpose Kepler, whose mission has been to scour the cosmos in search of Earthlike planets.

And now, the planet-hunting probe not only has been reborn, but also has discovered a massive exoplanet some 180 light-years away. 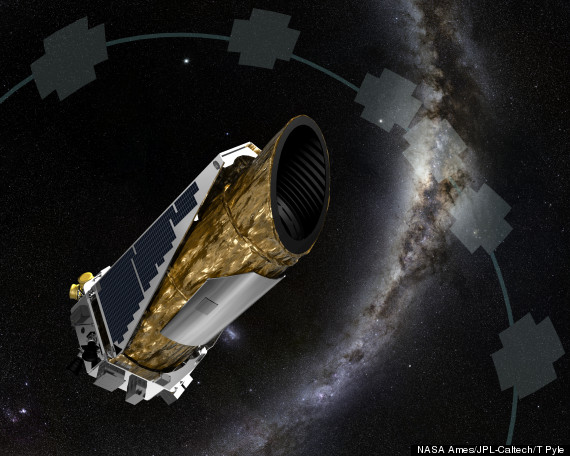 The planet, HIP 116454b, is a "super Earth" with a diameter 2.5 times the diameter of Earth. It orbits a star a little cooler and smaller than our sun, located in the Pisces constellation. The planet is too close to its star to support life as we know it, according to NASA.

Super Earths are in a class of planets that don't exist in our solar system, and HIP 116454b's average density suggests that it is either a watery world (three-fourths water and one-fourth rock) or a planet with a gaseous atmosphere, like a mini-Neptune.

"The Kepler mission showed us that planets larger in size than Earth and smaller than Neptune are common in the galaxy, yet they are absent in our solar system," Steve Howell, Kepler project scientist at NASA's Ames Research Center, said in a written statement.

Scientists at Ball Aerospace in Colorado came up with an idea the Los Angeles Times called "so crazy it just might work." Since light particles from the sun exert enough pressure to push Kepler around, scientists realized they could harness this energy and use it as a "third wheel" to control Kepler. The plan worked.

“Like a phoenix rising from the ashes, Kepler has been reborn and is continuing to make discoveries," researcher Andrew Vanderburg, a graduate student at the Harvard-Smithsonian Center for Astrophysics in Cambridge, Mass., said in a written statement. "Even better, the planet it found is ripe for follow-up studies.”