Navigating the ins and outs of an open relationship can be a difficult task, attempting to determine the actors, settings and moods involved in the sometimes uncertain arrangements. One New York-based artist, Keren Moscovitch, attempted to explore the murky territory with her camera, photographing her own personal experience with a form of polyamory. 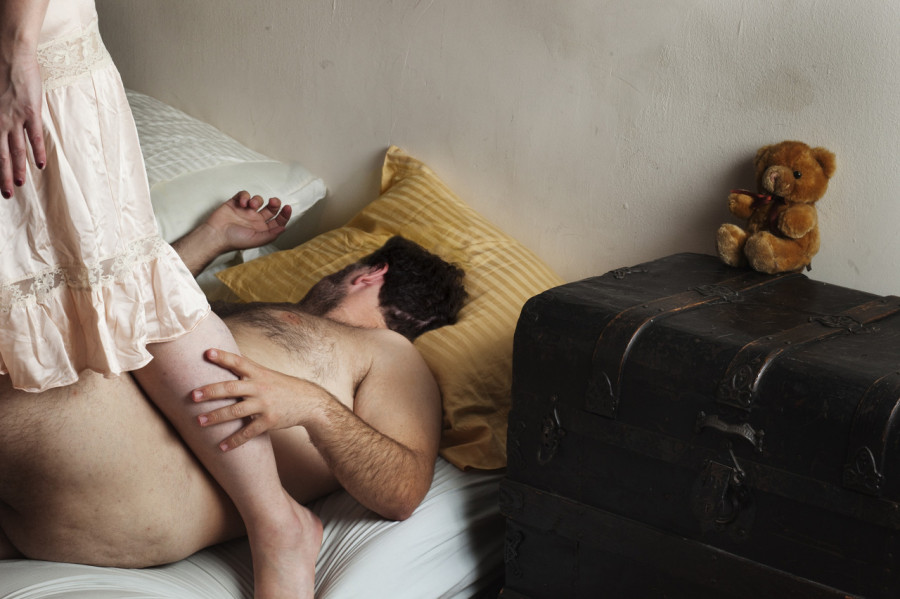 "The project began when my then-monogamous partner and I opened our relationship and began having intimate and sexual relationships with other people," she explained to HuffPost. "All of a sudden, everything that had been safely and soundly tucked into the package of our home life began to unravel."

Her images, collected together in the series "Me into You," show disjointed pieces of sexual encounters and romantic embraces. Limbs and faces often appear cut off and obscured in her photos, resulting in a batch of visual chaos that, taken together, seems not unlike Moscovitch's verbal retelling of the period. Yet a sense of awe permeates each individual frame -- and individual body -- showcasing quiet touches and reclining figures with little or no context.

"Through the process, I learned about myself and others," Moscovitch stated. "I was confronted by jealousy and pain, but also got to experience a deep intimacy that I believe is only possible when we are fully vulnerable and exposed."