This Huffington Post Gay Voices RaiseAChild.US “Let Love Define Family™” series installment features an interview with Kergan Edwards-Stout, an author and gay dad, whose journey through the minefield of an epidemic gave him a deeper understanding of what it means to be a father. -- Corinne Lightweaver, RaiseAChild.US

Kergan Edwards-Stout and his partner Russ Noe of Orange, California are raising two boys through adoption. The couple was in the delivery room for the first son’s birth and adopted their second son at age 2 through foster-adoption. Kergan is a prolific writer who has published a novel, Songs for the New Depression, and a collection of short stories, Gifts Not Yet Given, as well as screenplays and numerous articles. He is currently working on a memoir, Never Turn Your Back on the Tide. I spoke with him about his family life and why he and Russ chose to adopt through the foster care system.

Corinne Lightweaver: When you explain how your first book, Songs for the Depression, came to be you said it grew out of a line that popped in your head and became the opening sentence of the novel: “James Baldwin once wrote that Americans lack a sense of doom, yet here I stand.” You explained that the line stuck with you because, having lost a partner and many others to AIDS, you’ve “known doom all too well.” Has that changed since you have become a father by choice?

Kergan Edwards-Stout: Actually, that sense of doom is something lodged deep within, but I don’t see it as a negative. Having lived through the worst years of the AIDS epidemic, I’ve come to value life that much more preciously than before. Seeing death around me helped form who I am today, and I don’t think I could’ve been a good father without having served as caregiver to my then-partner Shane and my friends. That pivotal time enabled me to find my own strengths and grounded me as a human being. All the traits which make me a good father can be traced back to that “sense of doom.” It helps me find the best, even in darkness.

Corinne: You and your former partner adopted your eldest son privately. After your breakup, you parented as a single dad before meeting your partner Russ. How was that transition -- bringing a new parent into the family?

Kergan: It was a very slow process, introducing Russ to my son Mason. Mason was almost three, but I waited a while before putting the two together. I wanted to make sure Russ was a good partner for me before diving into “family life.” And, of course, as we journeyed further down that path Russ and I took time to make sure we were aligned as far as parenting methods.

Corinne: Why did you and Russ decide to adopt your second son through the foster-care system instead of privately?

Kergan: Primarily, it came down to finances. While adopting Mason privately was a joy for many reasons, following the breakup of that relationship I simply couldn’t afford to adopt privately again. Plus, as Mason is African American, I knew that I wanted the next child to share that heritage and I knew that there were numerous black kids in foster care who needed homes. It was the perfect fit for us.

Corinne: What was your foster-adoption experience like as openly gay men?

Kergan: We live in Orange County, California, which used to be very conservative, but is much less so these days. While I was concerned about potentially encountering some issues, we had none. We adopted through Kinship Center and when I asked to join the very next session of parenting classes I was told those would be held in Redlands. That gave me pause, because I thought of it as even more conservative and “straight.” But when I walked into those classes, out of the 20 people there, half of us were gay. Our sexuality was never an issue throughout the fost-adopt process.

Corinne: Have you and Russ married or not?

Kergan: After 12 years together, we finally took that leap in June of this year. Aside from the legal protections, we knew it was important for our kids. On the day that the U.S. Supreme Court knocked down DOMA and Prop 8 our youngest, Marcus, started jumping up and down, shouting, “What are you waiting for, people? Let’s go get married!” So walking down that aisle made a difference to our children, as now we are “just like everyone else” and it made an emotional difference to us -- to have friends and family openly celebrating our love and devotion to each other.

Corinne: Your partner and sons nominated you for the Human Rights Campaign’s Father of the Year in 2011 and you won. What did that award mean to you?

Kergan: More than anything it just meant a lot to me that my family cared enough to nominate me. Being a partner and father is the most rewarding aspect of my life and to have that acknowledged was really wonderful.

Corinne: With your busy schedule writing and promoting your books, how do you stay involved in your sons’ lives?

Kergan: Happily, in addition to my writing, I have a full time job which allows me much flexibility. I work part of the day in an office, then get to pick the kids up from school, help with their homework while I work on my laptop, and ferry them to all of their games and events. I’m very fortunate.

Corinne: Will your new memoir cover your years as a parent?

Kergan: That’s a great question. My memoir primarily focuses on a relationship I had that didn’t go as planned, in any way, shape, or form. It was with my former partner, with whom I adopted Mason. So while parenting is part of the story, it is but one piece of the whole. It’s a fascinating and disturbing tale, and it is taking me a very long time to write it!

Corinne: What would you like readers to know about adopting from foster care?

Kergan: I have a friend who is going through the process, and she was telling me about the horror stories she heard about fost-adoption, even from her social worker. I had to remind her that part of the process is weeding out those people who are not fully committed to be parents this way, and that while terrible things have happened, some wonderful things have as well. The very fact that we have Marcus is testament to that, as he brings us unimaginable joy and laughter every day. He is so happy to be part of our family, and that is what we need to keep sight of… Every kid deserves a loving home.

Corinne Lightweaver is the Communications Manager at RaiseAChild.US, a national organization headquartered in Hollywood, California that encourages the LGBT community to build families through fostering and adopting to serve the needs of the 400,000 children in the U.S. foster care system. Since 2011, RaiseAChild.US has run media campaigns and events to educate prospective parents and the public, and has engaged more than 2,400 prospective parents. For information about how you can become a foster or fost-adopt parent, visit www.RaiseAChild.US. 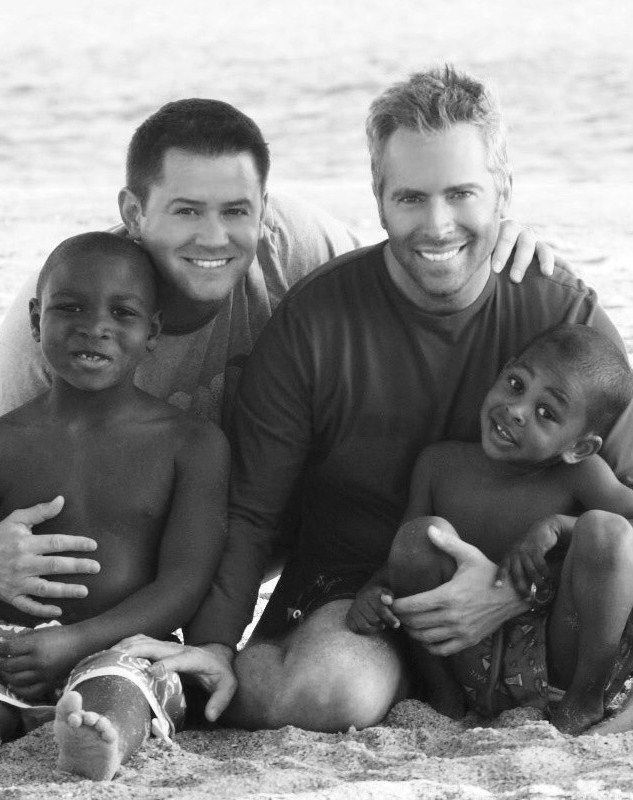