"Scandal" fans thirsty for more Kerry Washington during the show's summer hiatus, you're in luck: HBO just revealed a first look at the actress channeling attorney Anita Hill in the upcoming film "Confirmation:"

FIRST LOOK. @KerryWashington as Anita Hill on the set of the HBO Film, CONFIRMATION. pic.twitter.com/Hc98wArzZO

Washington, who is also an executive producer on the project, shared her excitement on her personal Instagram several hours after HBO shared the photo:

Many "Scandal" fans may be too young to easily recognize Hill, but HBO's forthcoming telepic (a release date is still being determined) will bring the law professor's story -- which touched off a national debate about sexual harassment of women in the workplace -- to a new generation. 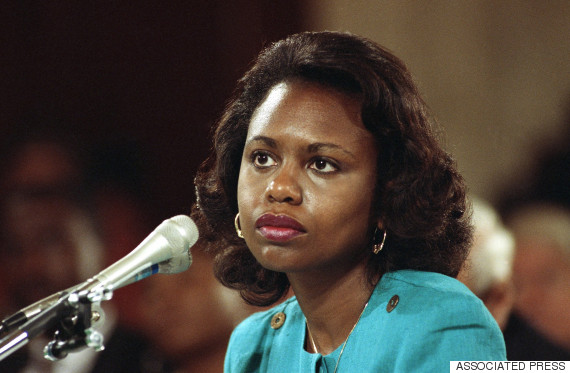 In 1991, as the Senate Judiciary Committee deliberated over the final vote that would ultimately place Clarence Thomas on the bench of the U.S. Supreme Court, Hill reluctantly stepped forward and accused the Supreme Court justice nominee of sexually harassing her.

Hill's claims triggered a three-day investigation, and included Hill's nationally televised testimony. Despite Hill's detailed and disturbing testimony, less than a quarter of Americans believed Hill's claims at the time, according to The Washington Post.

"A generation of people who don't even know that it happened are now going to work and experiencing this," Hill told Jon Stewart during a "Daily Show" appearance last year. "They see the signs now that say sexual harassment is prohibited, but they don't know how we got there."

Biopics We Are Excited To See