Kerry Washington has landed the cover of Elle's June 2013 issue, making it the actress' first major fashion mag cover. Washington poses in a sweet cardigan and plaid shorts by Marc Jacobs, with just a hint of a Carine Gilson Lingerie Couture bra peeking out.

It shouldn't be too surprising that Kerry's scored a major cover -- not only is she a Best-Dressed List regular with enviable red carpet style, but she also stars in TV's hottest show, "Scandal," and was part of the massively successful "Django Unchained."

Yet with all that success, Kerry had yet to pose for a fashion magazine cover up till now. Women's Health, Ebony, Essence, Vibe -- plenty of non-fashion glossies have chosen Kerry for their covers. She even shared the cover of Elle's "Women in Hollywood" issue in December 2012. But the likes of Vogue and Harper's Bazaar eluded her. As Jezebel put it simply this past February, "Where is Kerry Washington's major magazine cover?"

Turns out, it wasn't too far off. Kerry teased on Twitter in March:

Here it is, folks. Is the cover photo everything you hoped for? See more at Elle.com! 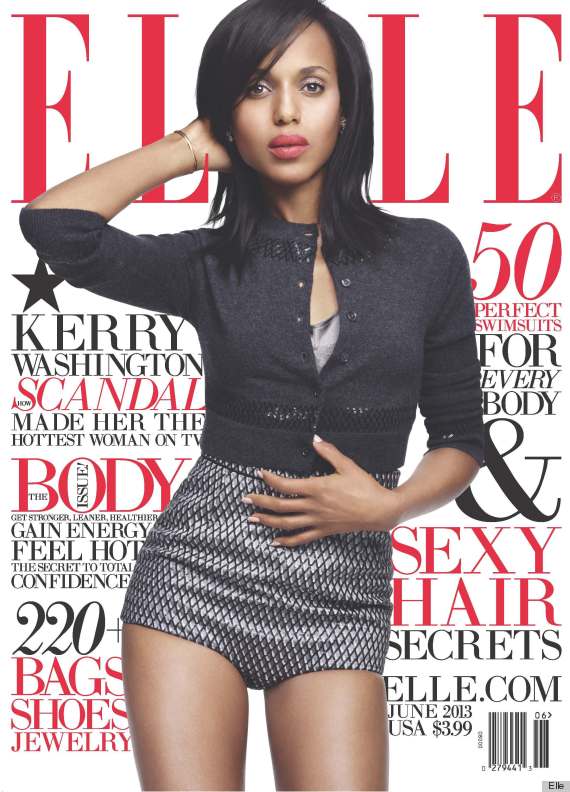 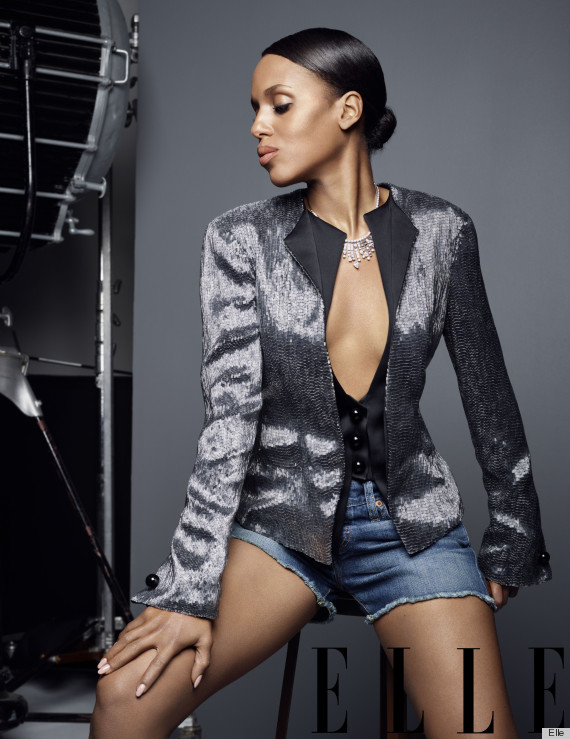 See how Kerry's fashion has changed: