Hollywood's new golden girl, Kerry Washington is shining bright on the cover of Essence's November 2013 cover. The "Scandal" actress wows in a gold Rafael Cennamo Couture dress as she strikes a pose for the glossy. Soft wavy hair, a shimmery pink pout and a gold-tipped mani complete the look, which was styled by June Ambrose.

The 36-year-old star has graced a string of major magazine covers in recent months -- Elle, Vanity Fair and Glamour, to name a few -- but we've got to say this is our favorite.

Let's not forget that People magazine just named her the world's best-dressed woman. And thanks to Oliva Pope's awesome wardrobe on "Scandal," Kerry's on-screen style is just as fabulous as her off-screen looks.

But Kerry told Essence that there are some definite distinctions between their two styles. Here's how she breaks it down...

KERRY: My fashion is more eclectic. There’s Going to Work Kerry, which is gym clothes and Nike kicks. That’s the Bronx girl. There’s also Red Carpet Kerry and Out to Dinner With Friends Kerry. I tend to be a little more MiH jeans, Derek Lam and Jason Wu.

Either way we're fans. Keep it up, lady!

Check out Kerry's stunning cover below and you can pick up Essence's November issue when hits newsstands on October 10th. 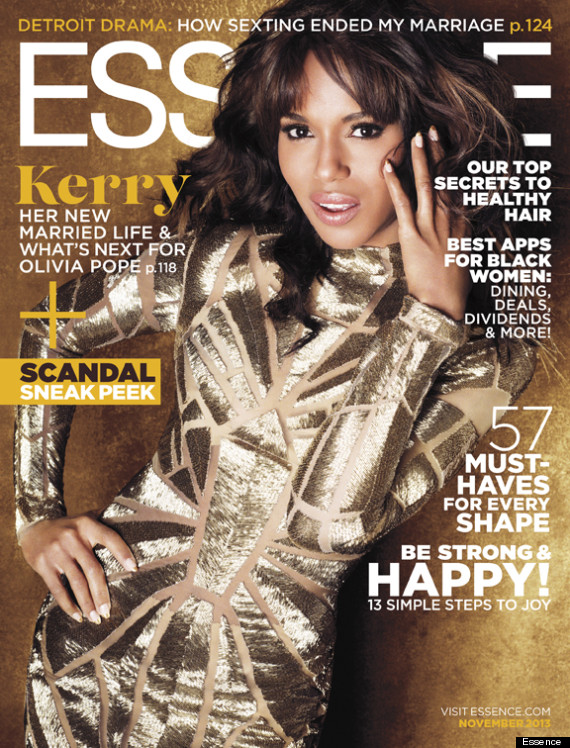 A look at how Kerry became the world's best-dressed woman...