Kerry Washington has scored another major magazine cover! We knew it was only a matter of time, after her stunning Elle cover, that the rest of the top publications would be knocking at her door.

Kerry's latest moment on the newsstand comes by way of Vanity Fair's August 2013 issue, where the "Scandal" actress flaunts her fabulous figure in a white Lanvin bodysuit while cooling off in a pool. Which makes perfect sense, considering Kerry is one of Hollywood's hottest actresses on network television.

In the issue, the 36-year-old opens up about playing the character of Olivia Pope on "Scandal," her desire to live in a "post-racist" world and more.

But beyond the opportunity to swoon over Kerry's career and stunning good looks, the cover also represents something much more important -- a black Vanity Fair cover girl.

As Jezebel's Dodai Stewart so sadly points out, "It's been six years since Vanity Fair had a black woman on the cover, and the last time a black woman had a cover to herself was Beyoncé in 2005."

The shameful habit of failing to feature black women on covers is one that Vanity Fair shares with many mainstream publications. Fear of -- or proven -- poor newsstand sales seems to be the excuse.

However, in our opinion, there haven't been enough black covers to give that assertion enough weight. Let's just hope Kerry's Vanity Fair cover is the first step in a renewed effort to inject some much needed diversity on the newsstand (and beyond). Folks are already campaigning to make sure this issue makes that happen. 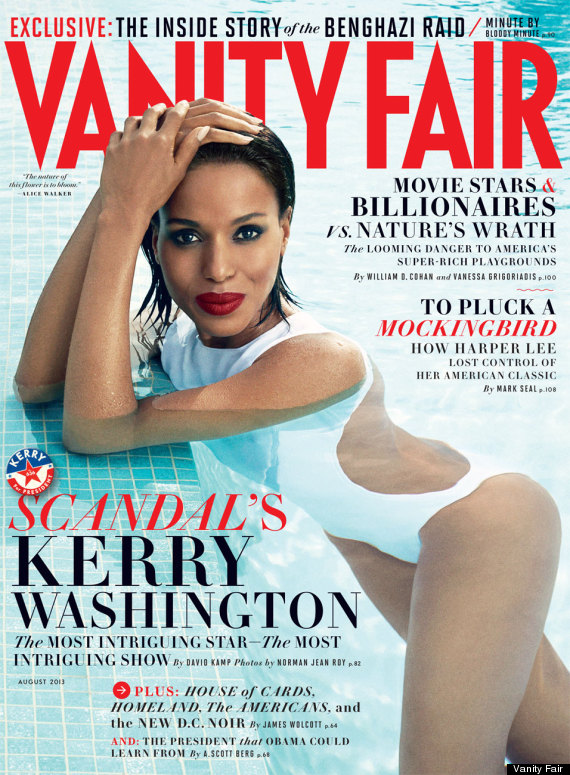