At 4923 Kessler Blvd. East Drive, it might be the absolute lack of any cohesive design focus in this immense, sprawling manor, dubbed "one of the most unique pieces of real estate in Indianapolis," that allows the bargain pricing. 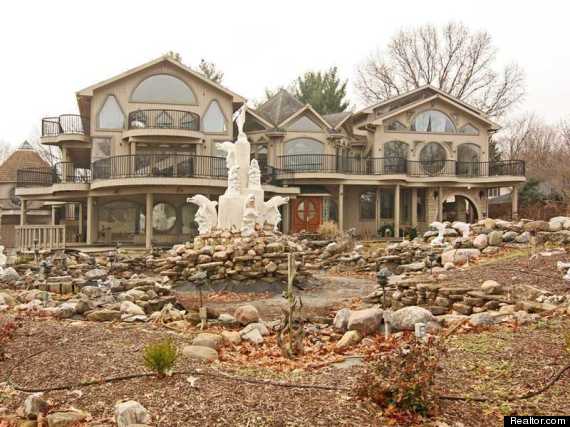 Superlatives are often overused in real estate descriptions, but there is literally nothing like this estate -- and the story of how it all came to be is even more ludicrous than the decor.

The estate was the dream of Indy's Jerry A. Hostetler, whom the Indy Star refers to as "the almost-famous pimp-turned-construction mini-magnate" in a 2012 piece. "Mr Big," as the cops called Hostetler, bought the property in the 1960s when it was just a modest ranch home, at the age of 23. From there, he began buying up his neighbors' houses and constructing a fantasy estate -- in a style that can only be described as Midwestern Vegas Versailles. 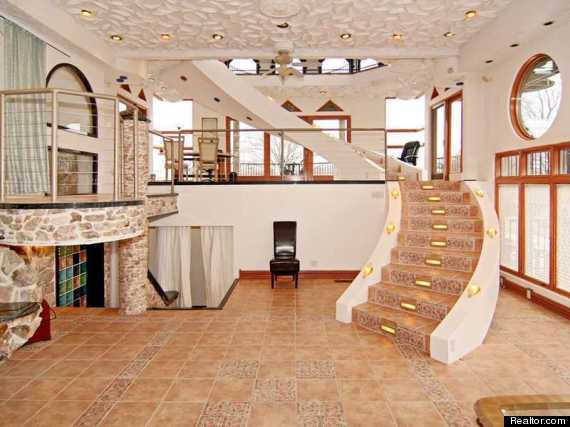 "He cobbled them together, dug a swimming pool, dug ponds, imported fountains, added ballrooms, added life-size statues of gorillas, added -- of all things -- a stone grotto (into which he installed a hot tub)," the paper noted. By the time Hostetler the Hustler died in 2006, the total square footage of all the buildings on the property had swelled to over 26,000 square feet. He hadn't paid his bills, so creditors were circling. The estate was eventually purchased by Chad Folkening, an Indiana-born entrepreneur who made millions buying and selling Internet domains. It's now listed by Brian Sanders of Century 21 Scheetz.

Folkening didn't really change any of Hostetler's "unique" architectural style. Instead, he spent hundreds of thousands of dollars on deferred maintenance, Sanders told The Huffington Post.

"There were zero railings on any of these exterior landings or balconies. The thing was like a death trap prior," Sanders said. "The owner spent over $100,000 just putting in those railings, and more just restoring it to livable conditions."

Five buildings on the property now total between 25,000 and 27,000 square feet, Sanders said. The main house is the original ranch home Hostetler purchased as a young man. The palatial guest home is surrounded by gargoyles in the yard. There's also a pool house, another (more modest) apartment for guests, and a conference and entertainment center. 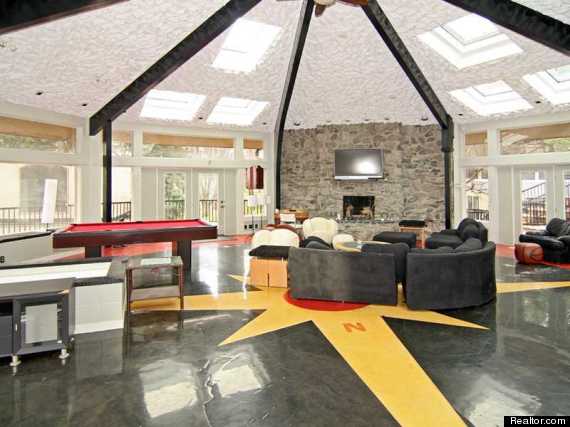 Among the famous visitors to the estate are the Baha Men -- the guys behind the infamous "Who Let The Dogs Out?" They bunked with the owner for a few weeks during their 2010 comeback tour because, "family doesn't let family stay in a hotel." Here's a video about their stay that just adds to the odd legacy of the Kessler estate.

Folkening also invited entrepreneurs to stay at the Kessler Estate while he filmed "Venture Camp" this year. At least one city official complained that the reality show filming included "out-of-control" parties. But now that the owner is married and lives full-time in Florida, he's ready to sell.

Priced at around $44 per square feet, Sanders says there's plenty to attract a new buyer.

"It's right in the heart of Indianapolis, it's not really a suburban location," he pointed out. "Ideally, it'd be great to find someone who could use it for personal use, but also entertaining and hosting out-of-town guests for long periods of time, business people. It's definitely going to take someone who has a lot of personality."

Again, not an exaggeration in the slightest. See more photos of the logic-defying home below.