On 9th-11th December 2015 the United Nations Commission on Narcotic Drugs (CND) will meet in Vienna to discuss changes to the scope of control of substances and whether or not ketamine should be restricted internationally. This push for policy change stems from the illicit production and abuse of ketamine in China.

Many people would assume that's a good thing. With reports and articles on ketamine's recreational use growing (which in fact, it's not. It is not a commonly used recreational drug globally), the health risks of abuse, and the petty crime associated with the drug, it is little wonder that the real importance of this drug doesn't make the headlines.

Conversely, when performing surgery in many parts of the world, there is no choice: ketamine is often the only anesthetic at hand and by far the most commonly used. Unlike other anesthetics, ketamine does not require a reliable electricity supply, oxygen, highly trained staff, or monitoring systems to administer. That makes it the only safe form of anesthesia in many poorly resourced hospitals and medical centers and in conflict and disaster areas. 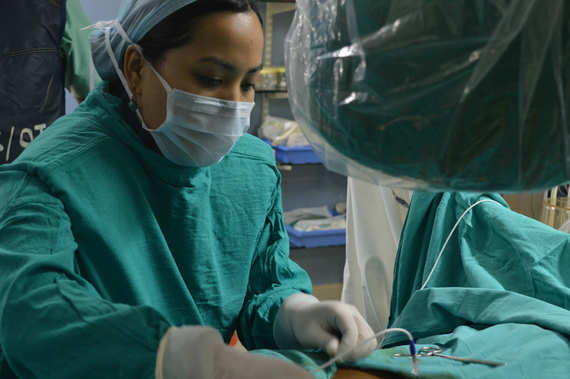 In a recent survey of 22 low and middle income countries, ketamine was found to be more widely available than basic surgical equipment and infrastructure, including oxygen, running water and electricity, and more widely used than any other anesthetic agent. Scheduling ketamine would make it much harder, if not impossible, for many hospitals and medical facilities to access ketamine - specifically those medical facilities already poorly resourced.

The WFSA spoke to Dr Emmanuel Makasa, an orthopedic and trauma surgeon and Counsellor-Health to the UN Permanent Mission of Zambia, about the role ketamine plays in his country, and what impact scheduling would have on Zambian healthcare.

"Ketamine for us stands out as one of the best drugs we use because it's not very expensive and it has a wide safety margin, meaning it's very hard to overdose. When we use it patients stay awake, they don't lose their airway control, they are conscious. Of course they are disassociated and not aware of where they are, but they are alive, they breathe by themselves and they don't feel any pain," Dr Makasa went on to explain.

"The patient always recovers really well, of course they may be hallucinating and talking nonsense, but that doesn't matter. What matters is that we do the operation and we save them."

In May this year Zambia was involved in the passing of a UN resolution to "strengthen emergency and essential surgical care and anesthesia" and is now beginning to work towards this goal.

"The cost [of healthcare scale-up] is more than just the medication, but when we talk about the health economics of ketamine, we are talking about ketamine alone. It is ketamine, and me, and the patient," Dr Makasa explained.

"With other anesthetics there is the anesthetic drug, which is more expensive than ketamine, there is the machine, the oxygen supply, the anesthetists and the other gadgets needed to monitor the patient. And so the cost does not only end with the drug itself."

Dr Makasa remarked that government run healthcare in Zambia already presents logistical challenges in terms of patient numbers and the quality of services offered. If ketamine was not available, there would be increasing pressure on the healthcare budget, as more expensive anesthetics and equipment would need to be purchased. 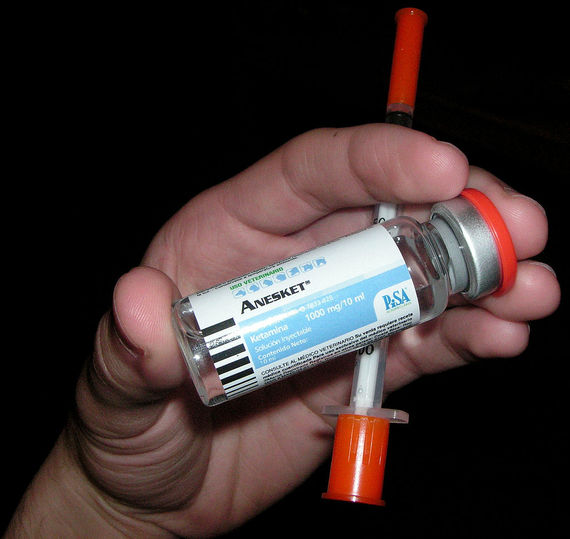 And how is ketamine used recreationally in Zambia?

There are already 2 billion people in rural areas in low and middle income countries lacking access to essential medicines and there are 5 billion people without access to safe anesthesia and surgical care when needed. With many developing nations working to improve their healthcare system and infrastructure, any legislation that restricts ketamine use internationally will have far reaching implications with the potential to halt much of the progress that has been made in global health in recent years.

"Those [countries] who are facing this problem can address it within their country because it is a national problem," Dr Makasa said finally.

"Often the countries pushing for the scheduling of ketamine, who are claiming it is being misused, are the countries manufacturing ketamine. It is being smuggled from their industry into their population and that is something they have to control, it is not something they should bring to the United Nations."

For more information on this issue, please click here.