In March 2005, Kevin Berthia climbed over the railing of the Golden Gate Bridge. Desperate and distressed, the young man was ready to jump to his death.

But thanks to the compassionate intervention of a California Highway Patrol (CHP) officer named Kevin Briggs, Berthia was talked off the bridge, and today, the 30-year-old is happily married with two children.

Last Wednesday, Briggs and Berthia reunited for the first time since 2005. According to the AP, the emotional reunion was part of a public service ceremony organized by the American Foundation for Suicide Prevention to honor the life-saving work of the CHP.

During the ceremony, Berthia was given the opportunity to present an award to the man who saved -- and transformed -- his life.

“It was phenomenal,” Berthia told Yahoo News of seeing Briggs again. “I didn’t know what I was going to feel, or how I was going to react. But when I first saw him, he walked up me and I just shook his hand. It felt like I had known this man my whole life. The nerves weren’t there. It was just two old friends being reunited.”

Eight years ago, Briggs, who has been dubbed the "Guardian of the Golden Gate Bridge" for the hundreds of lives he's saved, spent about an hour talking to Berthia. The young man told Briggs about his troubles and the veteran officer, who has now worked for the CHP for more than 20 years, responded in turn with kindness and hope. 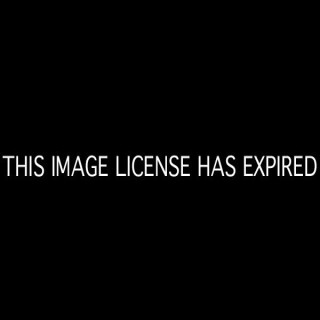 Kevin Berthia is talked down by Kevin Briggs at the north tower of the Golden Gate Bridge on March 11, 2005. Berthia went on to marry and today has two children. (Credit: John Storey/San Francisco Chronicle/Corbis Images)

"He never made me feel guilty for being in the situation I was in," Berthia, who still lives in the Bay Area, told the AP. "He made me feel like, 'I understand why you are here, but there are alternatives.' That an individual who doesn't even know me could listen to me and hear my story and show me compassion gave me another reason maybe to try again."

Though the Golden Gate Bridge is known as being one of the world's most active suicide locations, it is also a place where lives are frequently being saved. According to the AP, thousands of people have been talked out of committing suicide at Golden Gate by the CHP, U.S. Park Police and bridge security officers.

"I've never actually counted the number, but it's been numerous people," Briggs previously told Yahoo of the number of people he's saved. "Maybe two a month."

Though Briggs is unquestionably a hero, the humble officer insists that the life-saving work is a team effort.

"What I'd like to get across now is the amount of people I work with and what they go through with these efforts," he told San Rafael Patch last year. "We really do try to help the people out there. Each situation is independent of the other. I just try to get to the heart of the matter in each case, and I would expect my officers to do the same."

For more on Briggs, watch this 2012 Yahoo video profile on the veteran officer: