Lashing out at establishment Washington and its politics, voters in Eric Cantor's Virginia congressional district tossed out the House majority leader Tuesday night. It's only fitting then, to satisfy the tea party's (quite accurate) sense that everything is rigged against them, that Cantor be replaced in leadership by one Kevin McCarthy, the House majority whip. McCarthy, of California, was telling Republicans Wednesday evening that he has locked down enough votes to become leader, GOP sources said. McCarthy has been a famously bad vote-counter, so this introductory listicle may be a bit premature. But you might as well get to know the guy.

1. Actually, you know him already.

Well, you probably don't know him personally, but you know this guy. He's been on the move since he could crawl, and likely asked his kindergarten classmates for their votes. By the mid-'90s, he was chairman of the California Young Republicans and then moved up to be chairman of the Young Republican National Federation. Meanwhile, he became a Bakersfield district director for Rep. Bill Thomas, chairman of the powerful House Ways and Means Committee. From there, he ran to become "Trustee to the Kern Community College District."

There isn't much to dislike about McCarthy, unless you're annoyed with empty ambition. After his thankless stint on the community college board, he ran in 2002 for California General Assembly and won. He immediately was elected assembly Republican leader -- a position that sounds important. So why'd they give it to a freshman? Assembly Democrats ran the floor with an iron fist and the job was as thankless as they come. Perfect for McCarthy. In 2006, he ran for Congress and won, where he's been running for internal positions since. He's currently the whip, a brutally thankless job.

McCarthy is a likeable guy. But nobody really likes him. What's striking about talking to Republicans about McCarthy is how few are actual supporters, rather than people who would rather he have a job than somebody they like less. It's been working for him his entire political career, though, and politicians have been known to back all the way into the Oval Office. Find us a rabid supporter of George H.W. Bush if you think we're wrong. Being liked is overrated.

4. But sometimes he does the “right thing.”

McCarthy published a column for conservative Breitbart News in April, but pulled his piece after the site posted Photoshopped images of House Minority Leader Nancy Pelosi’s head on Miley Cyrus’ body, which was on all-fours. Spokesman Matt Sparks said McCarthy “didn’t condone” the “inappropriate images, saying the congressman felt he did “the right thing” by asking for the column to be removed.

5. McCarthy won the lottery, and opened a deli with his winnings.

Before he turned 21, McCarthy won $5,000 in the California state lottery. He invested the prize in a sandwich shop, Kevin O's Deli, which he built with his father in their garage. McCarthy sold the deli in 1987. His undergrad degree is in marketing and he got an MBA, both at California State University, Bakersfield.

6. Actor Kevin Spacey shadowed McCarthy for his role in the Netflix series “House of Cards.”

Spacey plays House Majority Whip Francis Underwood, a Democratic representative who resorts to murder and extortion to have his way in Washington. The actor shadowed McCarthy on the Hill to prepare for the role, later telling ABC News that McCarthy was “very generous” to him. The two have become friends, or at least that's the impression in Washington. After watching the real whip “harangue 218 congressman,” Spacey said he didn’t envy the position. Underwood's office is modeled after McCarthy's current one.

Bakersfield is basically West Texas, but it's just outside Los Angeles, by some accident of geography. 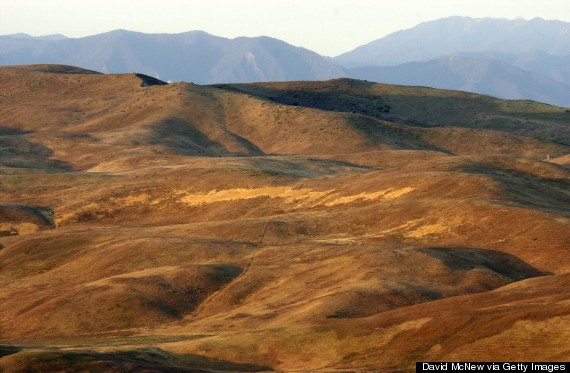 8. He won’t ever run for president, if he’s playing by his own rules.

McCarthy told MSNBC in November he didn’t think anyone should become president without serving as a governor first. If he stands by those comments come 2016, Sens. Marco Rubio, Ted Cruz and Rep. Paul Ryan shouldn’t expect his support, while New Jersey Gov. Chris Christie and Wisconsin Gov. Scott Walker fit the bill.

You read that right. McCarthy joined fellow Republican Rep. Fred Upton in wishing the latter’s niece a happy birthday, posting a photo of the three of them to his Instagram.

Let's pretend for a second that Eric Cantor's loss on Tuesday night actually had to do with his not-complete-opposition to immigration reform. It's a rich irony that McCarthy may be even more forgiving of those without papers than Cantor. He said it was his "personal belief" that a GOP immigration package ought to have a provision to allow someone sin papeles to obtain "legal status that will allow you to work and pay your taxes." Shhhhhh.

In 2011, McCarthy showed a scene from the movie "The Town" to motivate his colleagues during a House Republican Caucus meeting on the debt debate.

“I need your help. I can’t tell you what it is. You can never ask me about it later, and we're gonna hurt some people,” Ben Affleck says in the scene.

“Whose car are we gonna take?” Jeremy Renner replies.

According to GOP aides, then-Rep. Allen West (R-Fla.) responded to the clip by saying, "I'm ready to drive the car."

CORRECTION: A previous version of this story stated incorrectly that Francis Underwood is a Republican in "House of Cards." He is a Democrat.

11 Things About Kevin McCarthy You Need To Know, Or Might As Well Know
Eric Cantor