Like many people into extreme sports, Kevin Michael Connolly enjoys taking chances with his life.

However, two things separate him from the usual extreme sportsman: Legs. He was born without them.

Despite that, Connolly's parents refused to coddle him. He grew up floating on rivers and climbing mountain in his home state of Montana, preferring to use a skateboard instead of a wheelchair.

The 27-year-old started skiing when he was 10 and was good enough to win a silver medal in the 2007 X Games using a special "monoski," according to ABC News.

Connolly followed that up with a bronze medal in 2010 and now he is tackling other physical challenges on a new Travel Channel series, "Armed & Ready," debuting Feb. 26. On the show he'll be surfing, cliff diving and even jousting.

"Jousting was the most challenging for me," Connolly told The Huffington Post. "What's the first thing you do? Straddle the horse. Falling off the horse while being hit by a lance was my biggest fear."

Another challenge was cliff diving, because the most important thing when diving off a cliff is to push the body away from the cliff as far as possible, something most people do with their legs.

"I have to push myself off with my arms and then, in a split-second, put my arms in front to prevent my head from crashing in the water from 45 feet up in the air," he said.

In order for Connolly to attempt some stunts, such as jousting or wakeboarding, he and the people around him have to create adaptive devices. For instance, in one of the episodes, he wakeboards using a standard board modified with, among other things, a turkey roasting pan.

He hopes that what he learned while creating these athletic adaptions on the fly will help others in similar predicaments.

"I hope we get a ton of viewers," Connolly admitted. "But, especially, certain viewers who could use this knowledge."

Connolly first came to the attention of Travel Channel executives because of an earlier project, The Rolling Exhibition, an art exhibit of more than 33,000 photos documenting the stares and reactions he got from other people around the world, and his memoir, "Double Take."

However, Connolly, who has been approached for other shows before didn't want the show to totally focus on the fact that he doesn't have legs.

"I believe you should show, not tell," Connolly said. "By undertaking these extreme sports and constructing the special equipment, it adds an element of challenge and danger that people can see."

Connolly got to embark on some exclusive challenges that may not be available to most people, limbs or no limbs.

"My favorite challenge was taking a parabolic flight with NASA," Connolly said. "We broke zero gravity and I brought my skateboard so I could do more spins than Tony Hawk."

CORRECTION: Kevin Michael Connelly did not fly with NASA, according to a representative of the Zero Gravity Corporation. The company told HuffPost that Connolly flew on a commercially operated research mission in Florida, and that NASA does not fly individuals from the general public. 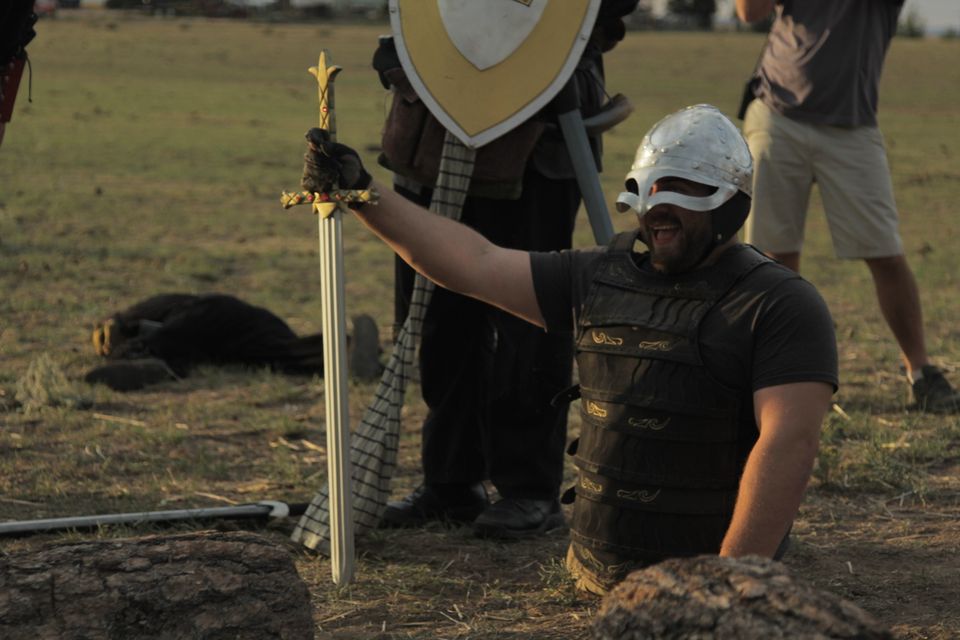