Comedian and actor Kevin Nealon has a new standup comedy special on Showtime “Whelmed…But Not Overly” that airs August 4. Older fans love the memorable characters Nealon created in nine years on “Saturday Night Live” (Mr. Subliminal, Franz of “Hanz and Franz” and “Weekend Update” anchor.) Younger ones know him as the sleazy stoner Doug Wilson on Showtime’s “Weeds,” which is ending after eight seasons, as well as roles in "Happy Gilmore," "The Wedding Singer" and other films. The Huffington Post caught up with Nealon in Los Angeles.

Talk about your standup comedy special “Whelmed…But Not Overly.” What are you “whelmed” by these days?

I am whelmed, and not overly whelmed, just whelmed about a lot of facets in life -- just how fragile life is and the different challenges you have in life, phobias about things. I have questions about things, like why are people still getting flu shots? And who’s giving out flu shots? You go into a CVS pharmacy and anybody there can give you a flu shot. If you’re a shopper at CVS you can give out a flu shot.

I’ve heard there are some death jokes in your special.

Death jokes, phobias, contemplation about marriage and relationships and cell phone issues and surgeries -- things like that.

Have you had surgery lately?

I tore my bicep playing basketball; it rolled up like a window shade. I haven’t had surgery in a long time; when I went in for the operation they asked me if I could walk to the operating room, which I never heard of before. But I guess with the economy they’re cutting corners. Also they keep it freezing in the operating room, so if you don’t make it you don’t stink up the place. And the operating table had wings for my arms, so it was kind of like I was on a crucifix, which wasn’t a good sign.

Older fans will always think of you as a comedian from Johnny Carson and the SNL years, but younger ones think of you as the actor from “Weeds.” Do you identify more with the role of stand-up comic or actor?

Well it’s funny, I started out doing stand-up, that’s my passion and my forté and I never stopped doing it. So I’m probably more of a stand-up comedian than an actor.

Or maybe a cartoonist? Your website has some pretty amazing drawings.

I learned how to draw from being bored in school. I would doodle on the margins of my paper.

You didn’t do well in school?

It’s like golf -- if I did it enough I would have been good, but I didn’t like taking tests and I was bored with school.

So comedian is the recommended career path if you’re bored in school?

That or garbage man.

Do you approach comedy differently in your 50s versus your 20s or 30s?

Definitely; I’m looking at life in a whole different way. I think being a comic is like being a blues musician, you have to live life to be able to draw from it. Now that I’m in my 50s I kind of have a different angle on things. I think it’s more truthful now, more about my life -- not just making stuff up.

You became a first-time dad in your 50s. What are the benefits of being an older dad?

I don’t feel the pressure and stress of having to be a comic in a club every night. I accomplished a lot of things, I did lot of things and I don’t feel like I’m missing out when I am home with my son. I think having a child makes you calm down. You sit still.

Talk about the eighth and final season of “Weeds.” What will you miss most about playing Doug Wilson?

I’ll miss coming to work every day and working with all these great people and wondering what the next episode is going to be like. As far as the character, it was fun playing him because he was such a ne’er do well, he loves to do what’s right for himself instead of what’s right, he has a good time and has low self-esteem and is probably bipolar in some way. I will miss his recklessness because I’m a much more controlled person.

I have to ask you about the “Weeds” opening song “Little Boxes” that you perform with Steve Martin. Is that you singing and him screaming or vice versa? And who’s playing the banjo?

We’re both playing the banjo and that’s me singing, and him being the angry voice on the song. We did about six or eight different versions of that song and that’s the one they picked.

I read that Steve Martin was one of your inspirations to do stand-up comedy and now the two of you are playing banjo together.

It’s pretty cool. I’ve played with him quite a few times before this but to get in the recording studio was fun. He inspired me, and Andy Kaufman and Albert Brooks, because they were each unique and original.

I also read that you worked as a department store Santa at Sears in San Diego years ago. Were you a sarcastic Santa or did you play it straight?

I was 24 years old, I was scared, I played it straight. I couldn’t believe it. Sometimes when I’m signing autographs it reminds me of when I was Santa Claus -- people were taking a lot of pictures and there were long lines and everybody was yelling at me. “Tell ‘em what you want for Christmas, Johnny!” A lot of the kids came over from Tijuana and they didn’t speak English and one girl peed on my lap. These costumes must have 10 layers of Scotch Guard because the urine just rolled right off.

Would you play Santa differently now that you're a dad?

I think I’d have much more compassion for the kids. I would probably have a better costume. The one I had back then, it had a cheap-looking beard and wig and I was really skinny and I didn’t wear padding at all. It was just a money-making scheme for Sears.

I read a few years ago that your parents celebrated their 60th anniversary. Did you grow up in one of those big families where the way to get attention was being the funniest person at the dinner table?

I guess that was part of it -– I’m from an Irish Catholic family, five kids in the family, I was number three. And yeah, I do remember dinners -- looking at the last pork chop in middle of the table, or the last whatever it was.

Did the middle-child syndrome inspire you to be a comic?

Possibly, I never really psychoanalyzed it. I just loved stand-up comics as a kid, I’d watch them on “The Tonight Show” and I thought what a great craft it was to come out on stage with no instrument or anything and be able to entertain people.

This year you did a hugely popular PSA for No Kill L.A. Clearly animal rights are a big issue for you -- as are bulimic insomniacs, skateboarding in hospitals, infantile baldness and Kangaroo impotence, according to your PSA. Talk about how it came about and the causes that are most important to you.

I’ve been involved in animal issues for quite a while, going back 24 years. I started reading up on factory farming and slaughterhouses and animal cruelty, and it didn’t make sense for me to be part of it. I do have a place in my heart for animal shelters because the job they have is impossible, so many animals that need to euthanized because don’t have homes for them. The writers had a basic premise and we starting coming up with crazy diseases and causes and throwing them out there.

I think my favorite line was where I said, “It’s your fault.”

Kevin Nealon On His New Special, The End Of 'Weeds' And His Worst Acting Experience
Kevin Nealon 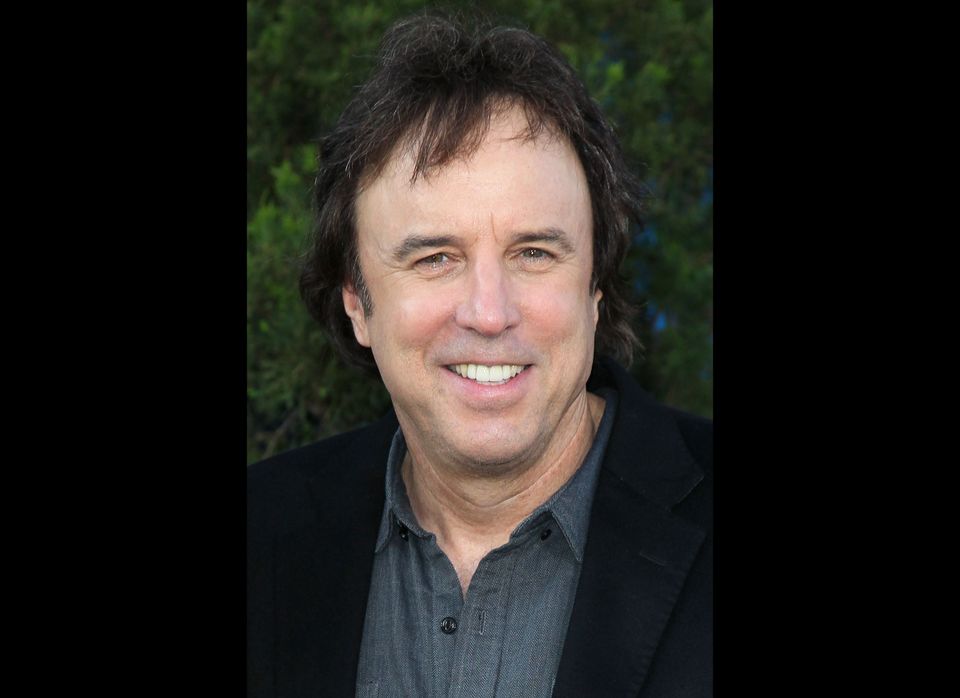