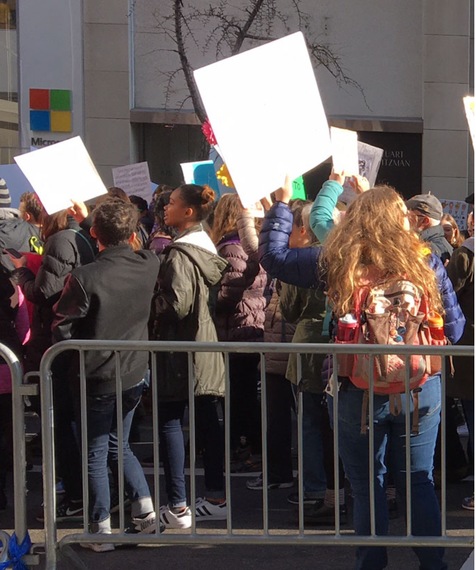 When I taught psychology to prospective teachers at Brooklyn College, my courses had a field component in public and private schools. I placed many of my students in an elementary school in Ocean Hill-Brownsville, Brooklyn, which was among the poorest communities in NYC. One Friday afternoon the Board of Education pay checks for the paraprofessionals, the classroom aids, didn't arrive. These workers, mostly African-American and Hispanic single mothers from the neighborhood, depended on those checks to feed their families. No wonder they anxiously complained to the principal, whom I will call Mr. Dave to protect his privacy. I was in the room when he called the Board of Education to inquire about the checks. I can only imagine the responses of the Board of Education agent from Mr. Dave's side of the conversation, which went like this:

Mr. Dave: The checks for the paraprofessionals haven't arrived. When will they be here?
Board of Ed. agent: We were tied up at meetings and will not be able to get the checks out until next week--Monday or Tuesday.

Mr. Dave: That's too late. They need the money to live on for the weekend.
Board of Ed. agent: Sorry, but there's no way we can get the checks out today.

Mr. Dave: These paraprofessionals are upset and angry about this and are saying they will go down to the Board headquarters to protest.
Board of Ed. agent: This is America and they can to do that, but it's late in the afternoon on Friday. Some people have already left and we can't do anything about the checks today.

Mr. Dave. They are making up signs right now and intend to protest in front of the Board of Education building.
Board of Ed. agent: Well, again, they are free to do that.

Mr. Dave. One other thing. They are putting your name on the signs.

I thought about Mr. Dave on January 21, 2017, when I stood on Fifth Avenue and 53rd Street, a few blocks from Trump Tower, and watched as hundreds of thousands of protestors in the Women's March passed by. What struck me about the passionate and clever signs the women (and many men) displayed was the absence of names other than Donald Trump. The signs addressed women's rights, human rights, preservation of the planet, and more; but rarely were names attached to the offensive policies and actions other than the implication of Trump: "Women's Rights Are Human Rights; I Deserve Equality; Hear Me Roar; We Are the resistance; No compromise on Bigotry."

Mr. Dave would not have been pleased with these signs or others in the many protests in cities throughout the United States.

Without names of politicians who actively or passively endorse Trump's policies and actions the signs are not likely to irritate sensitive nerves that might evoke the "courier response."

As many commentators have said, shaming Donald Trump has little chance of success. If he knew more than our generals and intelligence agencies before the election, his victory has inflated his grandiosity and made it easy for him to dismiss citizens' protests. Indeed, neither the worldwide Women's Marches nor the nationwide response to his immigration ban seems to have rattled his confidence in his own judgment.

But what about the sycophants, many of whom previously excoriated Trump, and are sucking up to him now that he has the power they never thought he'd gain--a power they lust to participate in. Do any of them retain some remnant of integrity? Is there some way to persuade them to display courage, reason, and humanity? It may be our only chance for preserving the values that have made America great and are now being trashed.

Put their names on the signs (and the names of other politicians in communities throughout America) and remind them that we know what they previously said and what they are currently doing. Let them know with statements on signs like these:

What They Said Before They Endorsed Donald Trump:

Governor Rick Perry: Called Trump "a cancer" in a tweet. And then doubled down: "Let no one be mistaken - Donald Trump's candidacy is a cancer on conservatism, and it must be clearly diagnosed, excised and discarded."

Senator Marco Rubio: Called Trump's remarks about John McCain "absurd" and added "I do think it's a disqualifier as commander-in-chief."

Senator Ted Cruz: Accused Trump of "being a pathological liar, utterly amoral, a narcissist at a level I don't think this country's ever seen and a serial philanderer."

Governor Chris Christie: Said: "Showtime is over. We are not electing an entertainer-in-chief. Showmanship is fun, but it is not the kind of leadership that will truly change America." And, "Bluster, posturing, talking a big game isn't the same thing as actually doing something.''

Governor Bobby Jindal: "Donald Trump is a madman who must be stopped."

Governor Nikki Haley: "[Trump's proposed Muslim travel ban is] just an embarrassment to the Republican Party... It's absolutely un-American. It's unconstitutional. It defies everything this country was based on, and it's just wrong."

New York Representative Peter King: "America needs a President with the strength and quiet dignity of George W. Bush, not a feckless pretender like Donald Trump..."

Senator Rand Paul: "Donald Trump is a delusional narcissist and an orange-faced windbag. A speck of dirt is way more qualified to be president."

Governor Mike Pence: "Calls to ban Muslims from entering the U.S. are offensive and unconstitutional."

Utah Representative Chris Stewart: "He's our Mussolini... As a Republican, I'm telling you: Donald Trump does not represent Republican ideals."

Sycophants should be thinking about their legacies--what they want to be remembered for. With that in mind they would be wise to take note of William Shakespeare's words:

"The evil that men do lives after them; the good is oft interred with their bones."