The next chapter in the fight against the Keystone XL tar sands pipeline begins today with a major protest in Washington, DC.

More than 3,000 people are expected to join a rally at the White House this afternoon. Together, we'll march around the entire property with a 500 ft inflatable pipeline and host a rally in Freedom Plaza with speakers like 350.org's Bill McKibben, BOLD Nebraska's Jane Kleeb, and other key pipeline fighters from across the country. 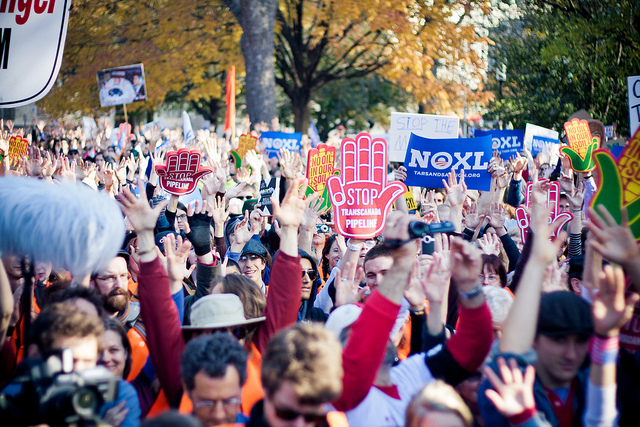 There's a new sense of momentum in the campaign against Keystone XL. We pressed the button on an email announcing today's protest a few minutes after the networks called the election for President Obama. In just 10 days, thousands of people have signed up to come to the capitol. Volunteers have helped organize buses from New York City, Philadelphia, Michigan, and Ohio.

What accounts for the new sense of energy? Large amounts of credit are due to the brave and ongoing actions of the Tar Sands Blockade in Texas, where landowners and activists have come together to block the southern leg of the Keystone XL tar sands pipeline. Their ongoing direct action has made the front page of the New York Times, emboldened farmers and ranchers up and down the pipeline route, and inspired people across the entire nation.

The new wave of activism is also fueled by the anger and sadness that so many of us felt watching Hurricane Sandy devastate New York City and huge swaths of New Jersey and the surrounding coastline. I was in New York the night before last for 350.org's Do The Math show, one of 21 multi-media lectures our founder Bill McKibben is doing across the country to connect the dots between extreme weather, climate change, and the fossil fuel industry. We'd originally planned a to hold the event in a church or some other small venue in the city, but the surge of interest after Sandy was so huge that we upgraded to the 2,500 person plus Hammerstein Ballroom -- and we sold it out. Clearly, people are ready for action. 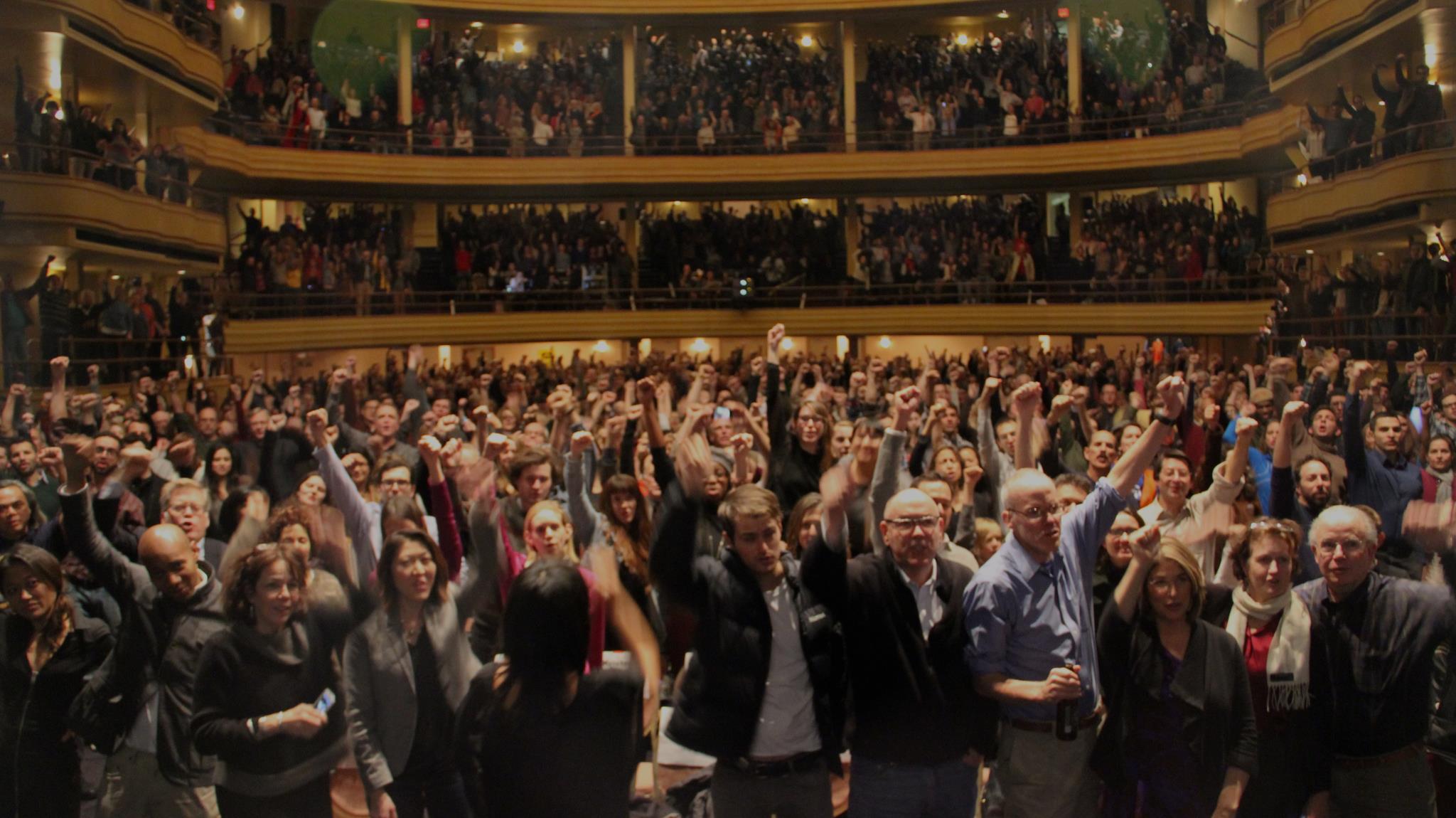 Do The Math at the Hammerstein Ballroom in Washington, DC

That's what makes this moment different from four years ago. In 2008, many environmentalists were ready to give Obama a honeymoon. After all, this was a candidate that had promised to "end the tyranny of oil" and "heal the planet." But the immense power of the fossil fuel industry made those words ring hollow. It turned out that even after a historic election, the President wasn't powerful enough to stand up to Big Oil on his own.

That's why we came to Washington, DC a year ago August to stage the largest wave of civil disobedience in over thirty years at the White House. Our goal wasn't to tear the President down, but to lift him up and help him meet the promises he made as a candidate. When we returned to the White House in November with 15,000 people, the only placards we carried were quotes from the President himself, words like: "The threat from climate change is serious, its urgent, and its growing." 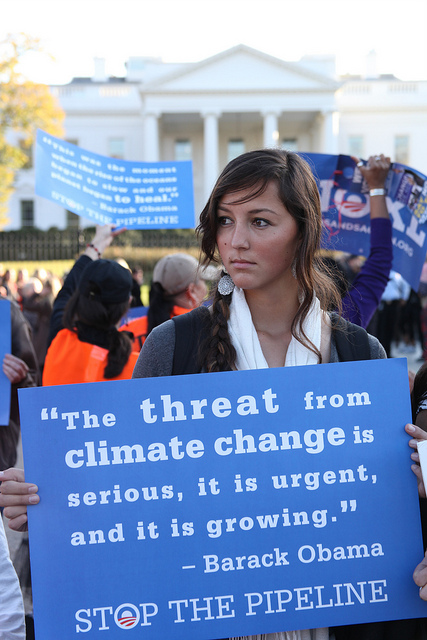 The media likes to make Keystone XL out as simply a political test, a sign of whether or not the president will side with environmentalists or the fossil fuel industry and their allies. But the fight against Keystone has never just been a political fight: it's a planetary one. Our top climate scientist, Dr. James Hansen, has said that burning the tar sands that would flow through Keystone XL could mean "game over" for the climate. In a rationale world, that would be enough to keep that toxic oil in the ground.

In our world, it means that we have to fight. The odds are still long -- the fossil fuel industry still has more money than any other industry in the history of money -- but I've got a sense that momentum might be on our side.