An unscientific survey of one of the globe's largest novelty betting operations this week suggests that a variety of unorthodox and environmentally themed wagers are flourishing. Gamblers with money to burn can currently play the odds on whether Arctic sea ice will hit record lows this year, for example, or whether 2013 will prove to be the warmest year on record, as measured by the World Meteorological Organization (current odds on that: 7/2).

And these, of course, join the wider menu of oddball bets -- from the likelihood that Robert Downey Jr. will win an Oscar for best actor before 2017, or who will become the next James Bond. (The smart money appears to be on Michael Fassbender at the moment, while P. Diddy is listed as a long shot.)

So far, the long-debated Keystone XL pipeline project appears to have escaped the attention of the mostly European purveyors of quirky stakes, though its inherent unpredictability would seem to make it a fine question on which to hang a bet. After all, it has now been roughly five years since the project was first proposed by the Canadian pipeline conglomerate TransCanada, and the particulars are by now familiar to any reader of this column: The conduit would have the capacity to deliver up to 590,000 barrels per day of a chemically diluted Canadian petroleum product known as dilbit (short for diluted bitumen) across Montana's border with Canada and on downward to refineries on the Texas Gulf Coast. 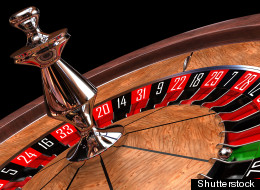 Will the Keystone XL pipeline project be approved or rejected? It's anybody's guess.

Because it crosses that international border, the U.S. State Department -- and by association, President Barack Obama -- must weigh its usefulness to America before issuing a permit, something that the American government has done, for better or worse (depending on your perspective), rather routinely in the past.

Those are the physical and procedural specifications. Politically, psychologically, environmentally and spiritually, the project takes numerous shapes in the minds of its myriad supporters and detractors. For some, the increased flow of a dirty, highly polluting form of oil represents an irreversible explosion of greenhouse gas emissions for an already dangerously warming planet. For others, it represents a desperately needed pathway to North American energy independence and U.S. job creation.

A fair reading would have to concede that it is really none of these things; that reasonable people with variant interests have very practical, even compelling reasons for both opposing and supporting the project; and that it ought to be a rather straightforward matter for Americans to render a decision on the project -- and to articulate that decision through our elected officials.

That obviously has not been the case, and while a judgment has been threatened with some regularity since as far back as 2010, and some 15,000 pages of federal review have been compiled over the years, odds are rising that the State Department, which is now combing through a staggering 1.2 million public comments on its most recent review, won't get to a decision until the fall at the earliest.

An unnamed "U.S. official" told Reuters earlier this month that the deliberations could well extend into 2014.

Meanwhile, Republican supporters of Keystone have been busy attempting all manner of unorthodox means to take the project out of the State Department's hands, including floating legislation that would eliminate the need for a presidential permit and limit the project's exposure to future challenges. The bill passed in the House of Representatives last week, with voting mostly along party lines. Obama has promised to veto any such measure that makes it to his desk.

For his part, Obama has maintained a remarkably inscrutable posture toward the pipeline, and at various points he has offered signals that stakeholders on both sides have interpreted favorably for themselves. Most recently, rumors have circulated that Obama might well follow the advice of one lawmaker who suggested that the president should simply split the difference -- approve the pipeline while at the same time issuing tough new regulations to curb greenhouse gas emissions elsewhere.

Hoping to short-circuit such a gambit, Republicans in the Senate sent a letter to President Obama on Thursday warning him against such a move.

"We strongly urge you to immediately approve this vital project, not sentence it to death by a thousand cuts with yet more environmental review and regulatory delay," the senators said.

Of course, all of that extended review should be recognized as a clear and historic victory for the environmental movement and for climate change activists in particular. They've managed to halt what had heretofore been a rather rubber-stamp process for cross-border pipeline projects, and to insist loudly and quite rightly that no major energy infrastructure proposal -- indeed, no infrastructure project of any kind -- ought to be permitted without due examination of its implications for a real global problem. That this is not routine in 2013 suggests that something fundamental is broken.

The Keystone pipeline has become a line in the sand. On one side is a long history in which consumers could ignore the implications of their energy use and the massive fossil fuel industrial complex could exercise its will with little social or political friction. On the other side is a future in which, at the very least, we begin seriously weighing the social costs of carbon pollution -- a largely unaccounted-for byproduct of burning oil and gas and coal to keep our modern lives warm and lit and moving.

But make no mistake: A thorough accounting of Keystone's potential climate impacts, even if the process for producing one could be agreed upon, would still be subject to endless bickering and provide no clearer way forward. As with all contentious matters, that path is ultimately forged by leaders who must weigh what is often conflicting and uncertain evidence in order to render a judgment. In an American political system so perfectly polarized by corporate lobbying and petty self-preservation, leadership has so far proved evasive and dithering.

That's surely frustrating for everyone involved, though it would seem to make the Keystone XL pipeline project a ripe candidate for the fertile novelty betting market. Sure, this heated and rancorous debate remains surprisingly unknown -- not just in countries where such bets are legal, but even here at home. According to a recent survey out of Yale University, half of Americans have never even heard of the Keystone XL pipeline.

Still, according to The Wall Street Journal, new laws in Nevada are increasing the probability that risk-loving Americans, like their counterparts abroad, might soon have ready access to oddball betting markets. If the Keystone XL question ever makes it to those boards, Vegas bookmakers would do well to take note: That same Yale survey suggested that among those Americans who had heard of the project, 63 percent favor it being built.