Developer TransCanada has filed two separate legal challenges trying to make the U.S. pay for its rejection of the oil pipeline and to secure a reversal of that decision.

President Barack Obama denied the permit for the pipeline, which would have run from the oil sands of Alberta, Canada, down to refineries at the Gulf of Mexico, in November, ending a tense seven-year review of the project.

On Wednesday, TransCanada said it is suing the Obama administration in Houston federal court on the grounds that the president violated his constitutional authority in denying the permit.

That lawsuit, the company said, will not seek damages. Instead, TransCanada hopes for a ruling that Obama's no to constructing the pipeline's northern leg (the southern leg has been built and operating since early 2014) is "without legal merit."

TransCanada isn't stopping there: It's also filing a notice of intent to challenge the rejection under the North American Free Trade Agreement. The company will have to wait six months from Obama's official denial before asking for arbitration under NAFTA. In that effort, TransCanada is seeking $15 billion in monetary damages for what it is calling an "arbitrary and unjustified" violation of NAFTA. U.S. taxpayers would be responsible for paying any damages awarded.

TransCanada argues that the administration's decision to deny the pipeline's permit cost it billions of dollars of investment that it made while preparing for construction. The developer also asserts that Obama made his final call for symbolic reasons that arose out of the years-long battle with environmental groups. 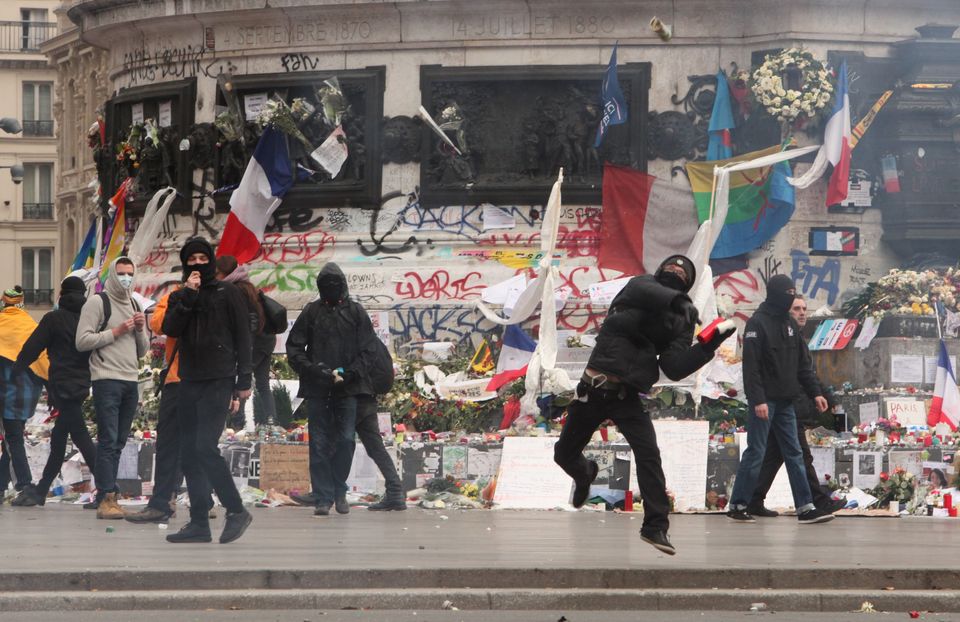 1 / 5
PARIS, FRANCE - NOVEMBER 29: Demonstrators fight with police during the forbidden COP21 demonstration on November 29, 2015 in Paris, France. The demonstration was banned after the Paris terror attacks on November 13th. Thousands of people gathered to protest against global warming ahead of COP21 and an estimated 200 people were arrested after fighting with police. (Photo by Patrick Aventurier/Getty Images)
Patrick Aventurier via Getty Images