As both a mom and a nurse, Katy Roemer worries about the health risks posed by the Keystone XL pipeline -- from the chemicals leaching into waterways where the tar sands oil is extracted, to toxins spewing from stacks where the resource is refined.

"We are already seeing people in our communities facing record levels of asthma and other impacts from pollution," said Roemer, who works at Kaiser Permanente in Oakland, Calif., and lives near refineries already processing the heavy, molasses-like Canadian oil.

"The pipeline has the potential to exacerbate those impacts, and the impacts of global warming," she added.

Roemer's 17-year-old asthmatic son, Nicholas, joined her at a Keystone XL protest earlier this year and hoped to attend another protest Thursday afternoon with his younger brother, Alex, at the Golden Gate Bridge. An estimated 1,500 nurses and other activists marched across the bridge in opposition to the proposal to shuttle heavy crude from Alberta's tar sands to the U.S. Gulf Coast. 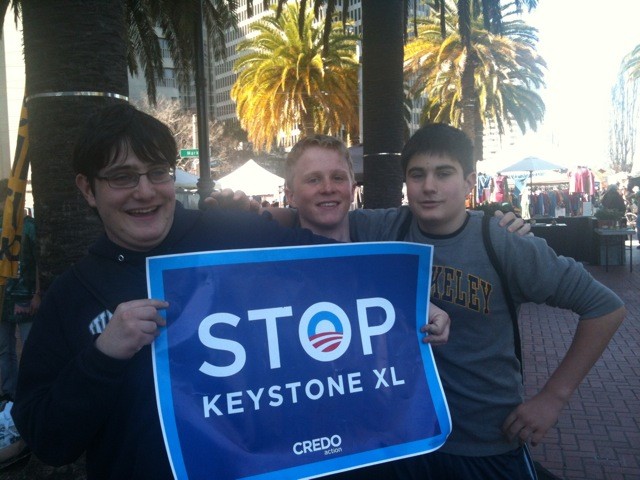 The fate of the pipeline, which proponents say will add American jobs and cut the U.S. dependence on foreign oil, rests with the Obama administration. A decision is expected later this year. Opponents, hoping to influence the president's verdict, have garnered increasing support from landowners, farmers, Native American tribes and other groups.

But an anti-Keystone push at Thursday's protest from National Nurses United, the nation's largest nurses organization, may provide a particularly helpful boost, according to advocates.

"For nurses to come out and view this project through the lens of health is extremely important," said Daniel Kessler, spokesman with the environmental group 350.org, one of the organizers of Thursday's event.

"Doctors and nurses are out to care for our health," added Renee Sharp, director of research at the non-profit Environmental Working Group. "And if they're raising concerns, I wouldn't take those concerns lightly."

The protest comes just as a new report published Thursday by the Environmental Working Group adds to what Keystone opponents suggest is an irrefutable body of evidence that tar sands oil contains a cocktail of chemicals known to harm people's health.

Benzene, lead, chromium and toluene were among several toxic chemicals found in a sample from the 210,000 gallons of oil that spilled into the streets and swamps in Mayflower, Ark., on March 29, according to the report. The ruptured Exxon Mobil pipeline carried Wabasca heavy crude mined from Canada's tar sands.

"Arkansas was a real wake-up," Kessler said. "We had lots of people getting sick and some people still haven't gotten back to home."

When asked about the report, David Eglinton, an Exxon Mobil spokesman, told The Huffington Post that this kind of "heavy crude" has the "possibility" of containing benzene, hydrogen sulfide, sulfur dioxide and other vapors. But he added that the levels of toxins in Mayflower's air have remained at safe levels since the company's pipeline ruptured.

"There are a lot of parallels between what happened in Mayflower and what communities along the Keystone route may be facing in the future," she said.

While her team was not able to test for all of the chemicals that were possibly in the oil, due in part to industry trade secrets, she noted that it found "at least seven quite toxic compounds."

"These are not chemicals to mess around with," said Sharp, noting their potential to harm the brain, kidneys, skin and lungs, among other parts of the body -- especially in developing children.

The sample was collected by a Mayflower resident two months after the spill, in a Tupperware container. Despite the less-than-rigorous methods, researchers used the sample to predict that the total oil spill in Mayflower could pollute up to 188 million gallons of drinking water with benzene levels higher than what's considered safe by federal drinking water standards.

"It's a concern to know that the level of benzene is an underestimate," she added, "especially when talking about a pipeline that is going to cross over many different drinking water aquifers, rivers and streams."

Roemer, a maternity nurse, called the list of chemicals a "pregnant woman's nightmare."

"We are talking about impacting not only our current generation of men, women and children, but also the next in the case of a spill," she added. 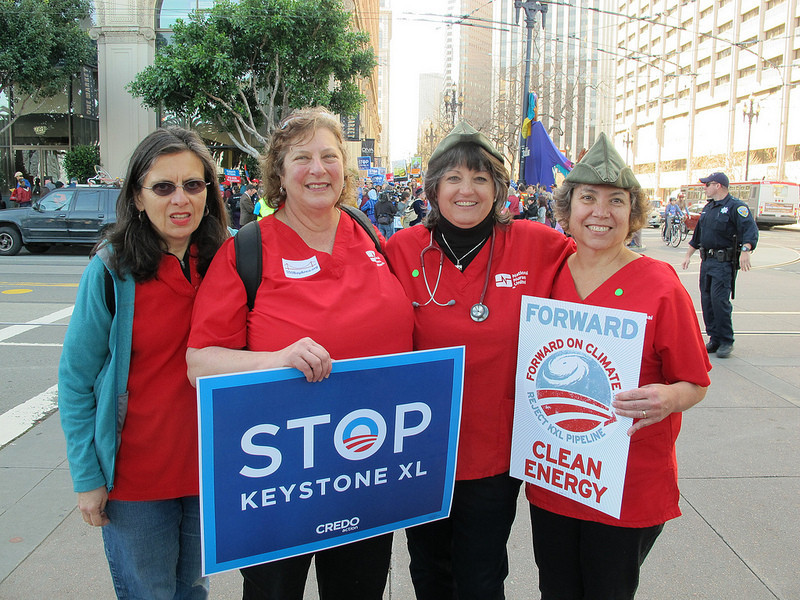 Lead, for example, does not degrade in the environment. And doctors warn that there is no safe level of the neurotoxic heavy metal in the body.

Dr. Michael Harbut, chief of the Center for Occupational and Environmental Medicine at the Wayne State University School of Medicine, has been treating patients with short- and long-term ailments including breathing problems, memory losses and skin rashes in the aftermath of the 2010 tar sands oil spill in Marshall, Mich. Clean up of that spill continues today.

"These are bad chemicals," said Harbut, stressing that the Environmental Working Group's sample likely missed a lot of the "scores of chemicals known to be in petroleum products."

He noted several ways someone might become exposed to those chemicals. The most immediate and obvious route is inhaling contaminated air, he said. Independent air sampling conducted in the weeks following the Mayflower spill identified some 30 toxic chemicals.

But the risks of exposure don't end there, Harbut added. Children, clean-up crews and construction workers may touch contaminated dirt, lingering chemicals could continue to evaporate into the air, and drinking water could get infiltrated by run-off into local waterways. In other words, doctors and nurses may well be dealing with the spill for a long time.

"When the public protection mechanisms fail, that's who picks up the pieces," he said.

"Nurses are exactly the right people to stand up against this," added Erin Carrera, a nurse at the University of California San Francisco Medical Center, and another partipant in Thursday's protest. "Who knows the health of our country more than our nurses?"

"I've seen increasing rates of all kinds of diseases that may be directly related to the environment -- cancer, asthma, heart disease, autism," said Carrera, who is also a mom of two children.

She called climate the "biggest public health disaster of our time."

Deborah Burger, a nurse at Kaiser Permanente in Santa Rosa, Calif., who blogs for HuffPost and is one of the national co-presidents of National Nurses United, agreed. During her 41 years as a nurse, she said she's watched weather patterns grow increasingly unpredictable, the environment become more polluted and her pediatric patients get sicker.

"Burning this dirtier fuel is exacerbating global warming. That's the opposite direction we want to go," she said. "It's just really outrageous that people are even considering wanting to do this."

But Burger, who is also protesting on Thursday, is hopeful. "I think people trust nurses enough that they're willing to listen," she said.