WASHINGTON -– Farmers, ranchers and indigenous leaders who live along the Keystone XL pipeline route are holding an encampment on the National Mall this week to protest the proposed project that would carry oil from Canada's oil sands to refineries in Texas.

They call themselves the Cowboy and Indian Alliance and plan to be at the camp through April 27. It includes tepees, covered wagons, speeches and musical guests, and those participating are calling on the Obama administration to reject the proposed pipeline. The encampment opened Tuesday with a traditional ceremony performed by tribal leaders and a horseback procession to the Capitol.

On Friday, the State Department announced yet another delay in deciding whether to approve the pipeline. There is currently a legal dispute, which may take months to resolve, over the proposed route through Nebraska. 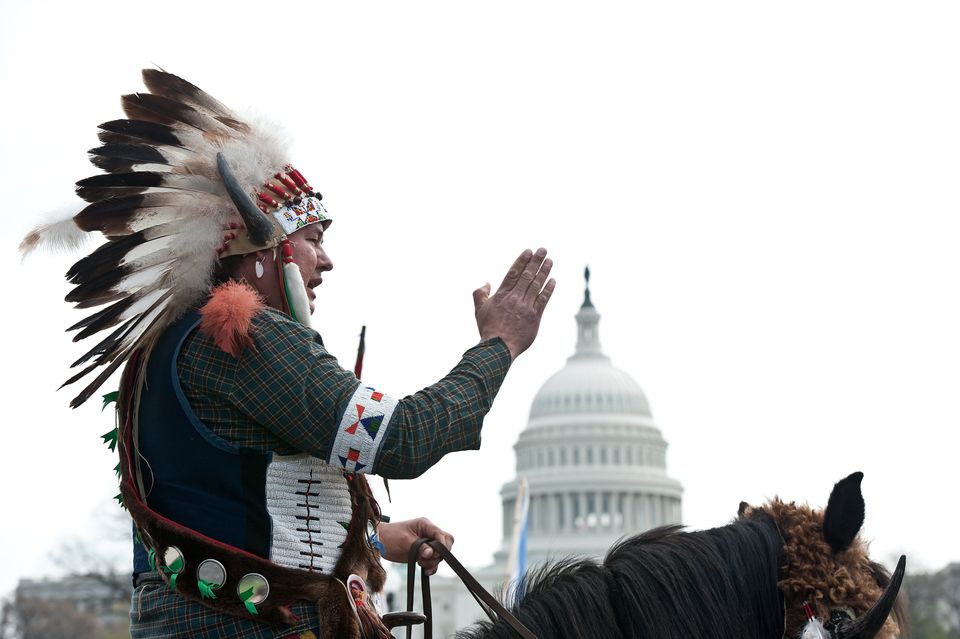