I just came back from the White House, where the police are still arresting the hundreds of students who are taking part in what will likely be the largest act of youth civil disobedience at the White House in a generation.

This is XL Dissent: a massive surge of protest against the Keystone XL tar sands pipeline and a powerful show of solidarity with all communities who are fighting the fossil fuel industry and confronting the impacts of the climate crisis. 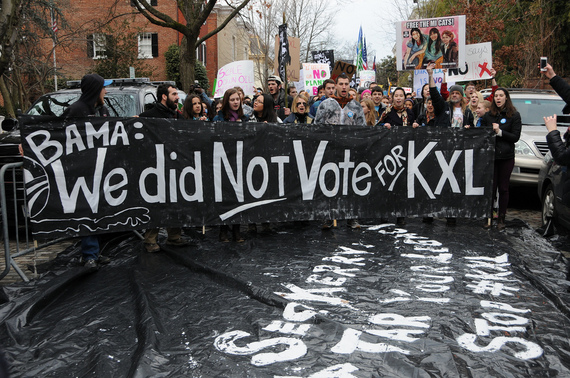 "An entire movement has thrown itself into in this Keystone fight, from local frontline groups to big national green organizations," 350.org co-founder Bill McKibben wrote in an email. "But this weekend shows the power and bravery of some of the most crucial elements: young people, and activists who understand the centrality of environmental justice."

The scene down at the White House this afternoon was incredible. There were just over a thousand students that rallied in Lafayette Park, but it sounded like 10 thousand. This wasn't your parents' protest, but the spark-shooting dynamo of student movement that is beginning to embrace its true power. 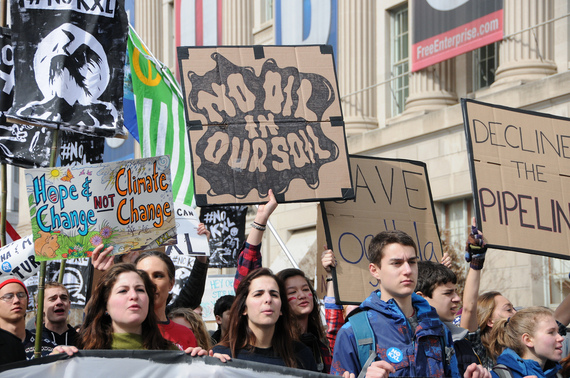 "Obama was the first President I voted for, and I want real climate action and a rejection of the Keystone XL pipeline," said Nick Stracco, a Senior at Tulane University and one of the lead organizers of XL Dissent. "The people that voted him into office have made it absolutely clear what we want, and that's to reject Keystone XL."

The action this morning began up at Georgetown University, where last summer President Obama pledged that he would only approve the Keystone XL pipeline if it didn't significantly increase greenhouse gas emissions. At around 10:30am, students surged out of the gates of campus and headed towards the White House. Along the way, they stopped at Secretary Kerry's house and unfurled a giant mock oil spill in the middle of the street. It's up to Kerry to make a recommendation to President Obama on whether or not Keystone XL is in the the country's national interest. While students are counting on Kerry to build on his legacy as a climate champion and push for a rejection, they're not taking any chances.

After arriving in Lafayette Park across from the White House, young people heard from speakers representing communities on the frontline of climate impacts and the fight against the fossil fuel industry. Chris Wahmhoff from Michigan rallied the crowd in support of the three MICATS (Michigan Coalition Against Tar Sands) activists who have been charged with up to three years in prison for taking direct action against a tar sands pipeline. Youth indigenous leader, Jasmine Thomas spoke about the impact of tar sands mining in Canada and the fight against other proposed pipelines. 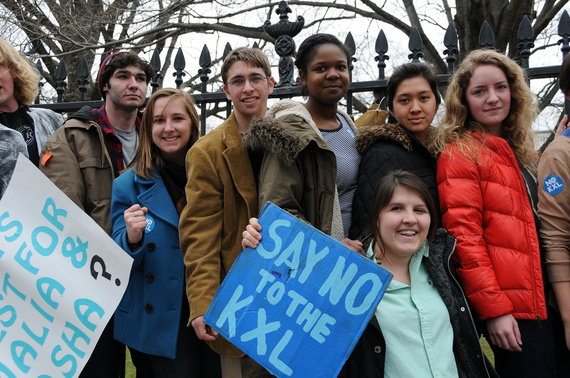 Then, with a resounding cheer, the crowd of students surged towards the White House fence. Within minutes, hundreds of young people had secured themselves to the fence with plastic handcuffs. A group of activists in hazmat suits deployed a giant mock oil spill on the sidewalk as the police began to cordon off the area.

I was standing with press from Politico, the National Journal, CNN, CBS and others as students continued to cheer and chant at the White House fence. Even the seasoned reporters seemed impressed by the scale of the protest. No one could think of a larger student civil disobedience at the White House. We'll get the final numbers of arrests from the police later tonight, but it's already clear that this is one for the history books. 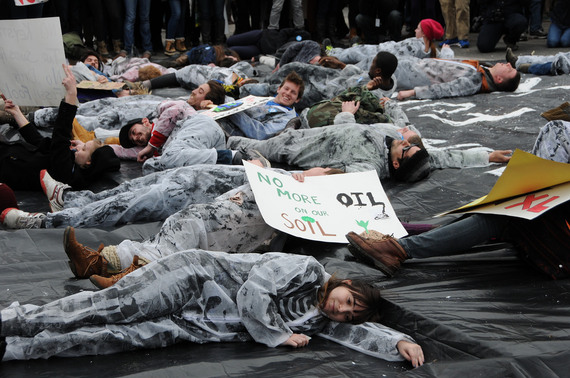 After they get arrested, students are being taken to a police processing center in Anacostia where they will be fined and released, if all goes according to plan. We've got an incredible team of XL Dissent organizers and volunteers who will be waiting to support them when they get out.

There have been a lot of protests against the Keystone XL pipeline, but XL Dissent had a new sense of energy, determination, and excitement. This movement isn't going away, it's getting stronger by the day. More than 70,000 people have now signed on to the Keystone XL Pledge of Resistance to show that they are willing to engage in civil disobedience if President Obama moves forward with approving the Keystone XL pipeline. XL Dissent will only help cement that commitment and energize opposition to the project. 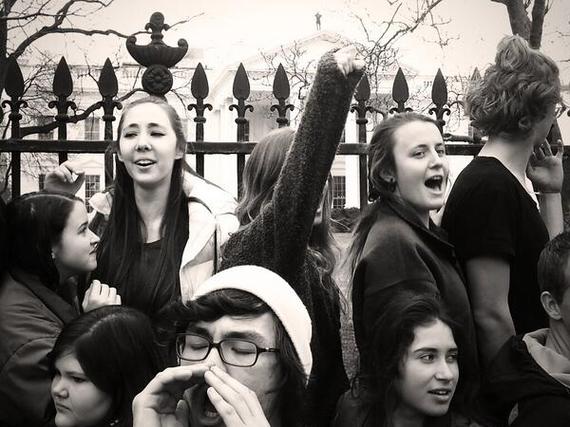 President Obama has a choice to make. He can side with Big Oil and approve Keystone XL, tarnishing his environmental legacy and getting little political benefit in the process. Or he can stand with the generation of young people that helped power him into office and reject this XL climate disaster. It's time to make the right call.