Locals watching the attack said some people were shouting, "We don't want the pope" and "No more insults (to Islam)".

The incident came as Pope Benedict began a three-day visit to Lebanon and as anger over a film which Muslims have said is blasphemous to Islam spread across the region.

KFC In Lebanon Burned In Anger Over Pope Visit 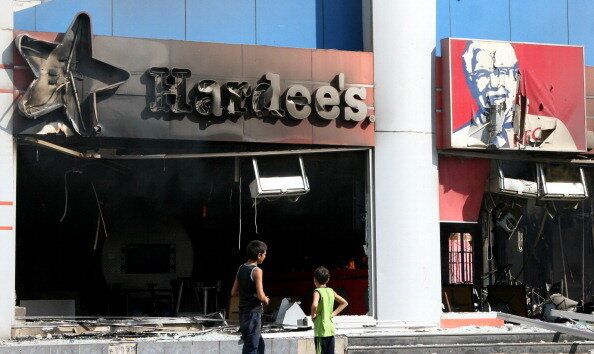 1 / 5
Lebanese boys inspect burnt branches of US fast food chains Hardee's and KFC after they were torched during a protest against the controversial film 'Innocence of Muslims' in the northern Lebanese city of Tripoli on September 14, 2012. (STR/AFP/GettyImages)
Getty