GAZA, Dec 8 (Reuters) - Hamas leader Khaled Meshaal, making his first ever visit to the Gaza Strip, vowed on Saturday never to recognise Israel and said his Islamist group would never abandon its claim to all Israeli territory.

"Palestine is ours from the river to the sea and from the south to the north. There will be no concession on an inch of the land," he told a sea of supporters at an open-air rally, the highlight of his three-day stay in Gaza.

"We will never recognise the legitimacy of the Israeli occupation and therefore there is no legitimacy for Israel, no matter how long it will take."

In an uncompromising speech, Meshaal also vowed to free Palestinian prisoners held in Israel, indicating Islamist militants would try to kidnap Israeli soldiers to use as a bargaining chip.

Israel last year released 1,027 Palestinians from its jails in return for the liberation of Gilad Shalit, a conscript soldier who was seized by Palestinian guerrillas in 2006 and hidden for more than five years in Gaza.

Thousands of Palestinian detainees remain in Israel. The Jewish state says many of them are terrorists. Hamas calls them freedom fighters.

"We will not rest until we liberate the prisoners. The way we freed some of the prisoners in the past is the way we will use to free the remaining prisoners," Meshaal said to cheers from the huge crowd that had flocked to see him.

Meshaal was born in the nearby West Bank but has lived most of his life in exile. He entered Gaza 24 hours ago to attend Saturday's rally which marks the 25th anniversary of the founding of Hamas. 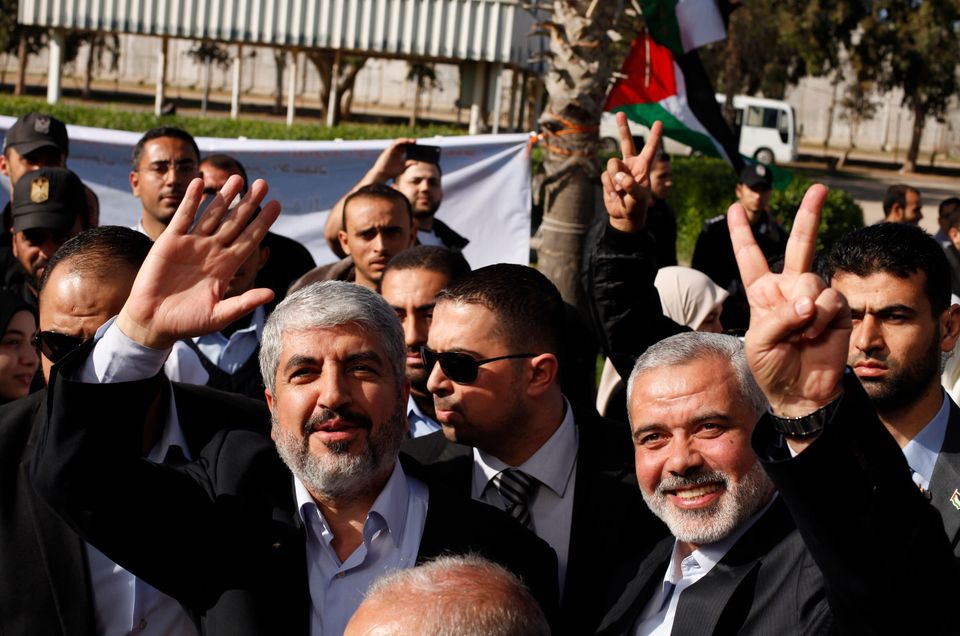