CAMP YENISEHIR, Turkey - The first time I met a refugee was the day I was born. She was my mother. My parents were fleeing the Iranian regime. They had already been on the run for three years inside of Iran, changing places every two months. They were political activists and both had been sentenced to death. My dad twice.

During our years as refugees we lived in three countries: Azerbaijan, war-torn Afghanistan and Uzbekistan. During all these years I didn't know my parents' real name or that we were Kurds.

It took us 10 years before we had a place we could call home. That was the first time they felt safe and knew they were in good hands. That was when we finally received our citizenship in Sweden and for the first time I could call them by their real names.

The years passed and I was living as a normal child -- of course still hiding under the bed during the New Years, when the sound of the fireworks frightened me. The memories and sounds of war in Afghanistan will never leave me.

The second time I was standing in a refugee camp was when I returned to Afghanistan when I was 24 years old. I had started to work as a broadcast journalist for Swedish Television. Since then, I have visited many refugee camps in Iraq, Turkey and Syria. The hard part has never been when I am with them, but when I leave them. I have been the lucky one. 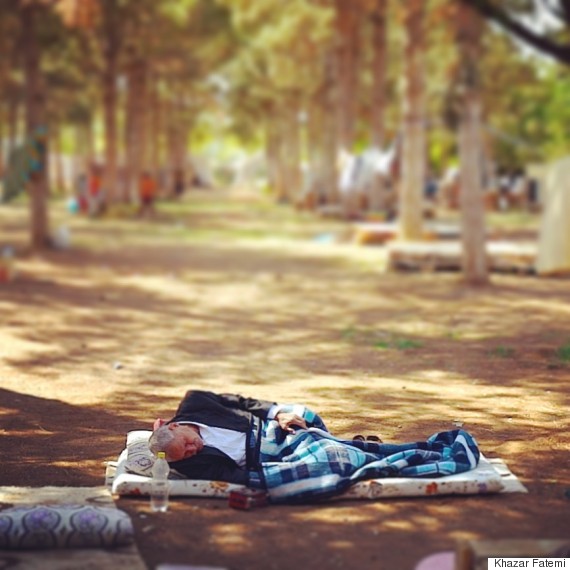 The last years of your life were not supposed to be like this. The horror you went through when ISIS attacked your village, they killed your brothers and kidnapped your daughters. They chased you up on Sinjar mountain and left you there to starve to death. A year has passed and you have nowhere to call home. Still you want to keep your dignity, you keep wearing your suit. You ask me to sit next to you and offer me some chai tea. They call you a refugee, I call you Grandpa. 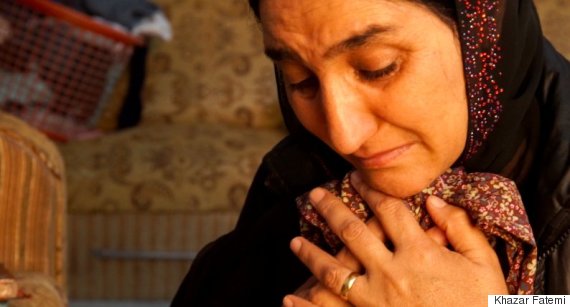 Firouze, you are a brave mother and a Kurdish refugee. For over 24 years, you have not been able to return to your home. Twenty-four years. Your brothers joined the Kurdish movement in Turkey -- fighting for their right to be who they are, to keep their Kurdish culture, speak their native language, keep their Kurdish names. All this was forbidden and thousands of families like yours were punished for it. For you and your family it meant leaving your home and becoming refugees in Iraq. But it feels that the struggle never ends.

Four of your daughters joined the Kurdish freedom fighters. Three of them have been killed. I can almost touch your sorrow, I hear you taking deep breaths, see the tears are running down your cheek while you are kissing your daughters' photographs and denim shirts that were sent back to you. She was fighting and protecting your refugee camp against ISIS when she was hit by four bullets. I guess your daughters were fighting for all of us. 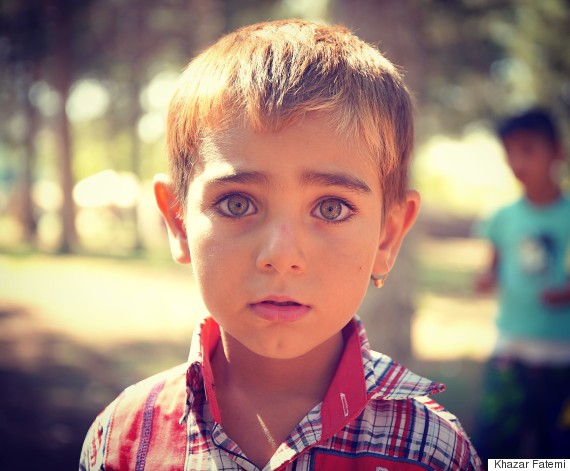 I took this picture yesterday at a Yezidi refugee camp in eastern Turkey/Kurdistan. Everything stopped around me and at the same time I could see all the stories refugees have told me during these years in your eyes. Sweet little Lorin, you are just four years old -- or so you guess. Your first memories of life will be horror, death and sorrow. You as a Yezidi girl, among several hundred thousand Yezidis, were attacked by ISIS last year. Your village was surrounded, the men killed, and the woman kidnapped; the lucky ones were the ones who fled, even if it was only with the clothes on their back. The world was just watching, saying it is horrible, but really, is that the best we can do? Today you are living in a tent in a refugee camp in southeast Turkey. I asked your sister for how long -- she didn't answer in months or years. She has been counting the days. "366 days." I am wondering, will we reach out our hand on the 367th day?

If you can, reach out your hand here, and help. 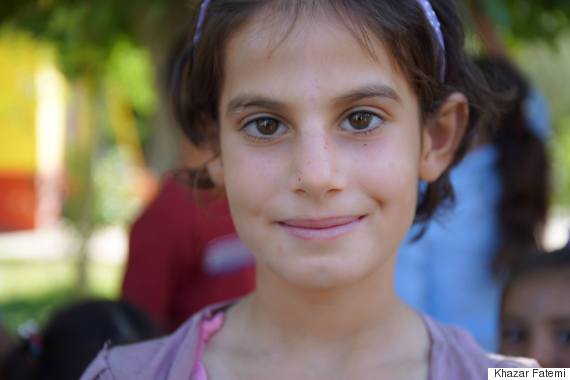 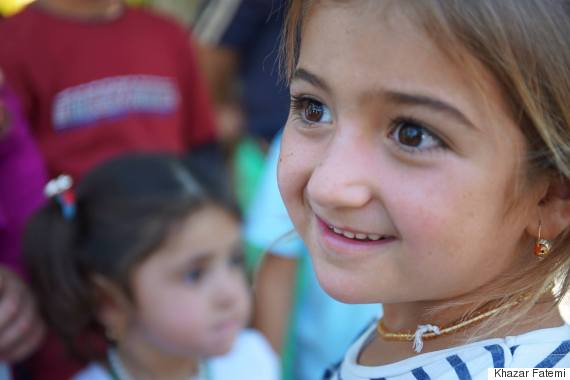 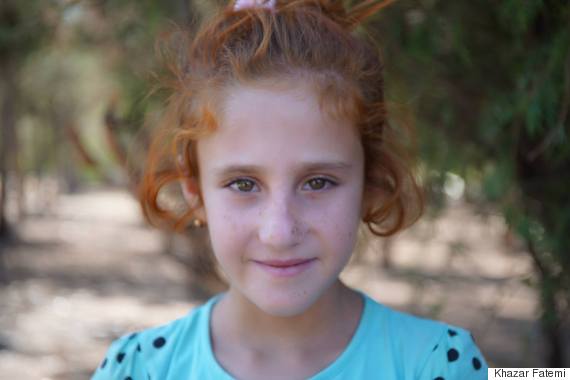 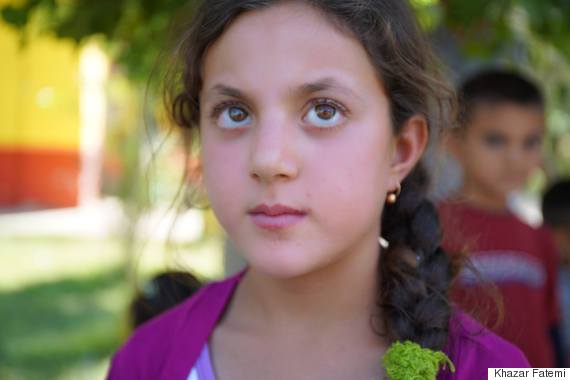 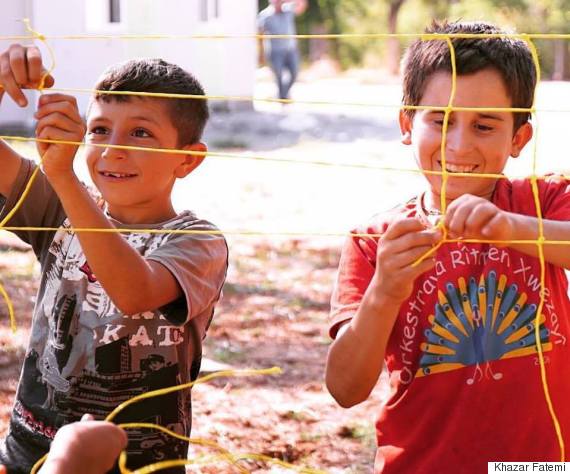 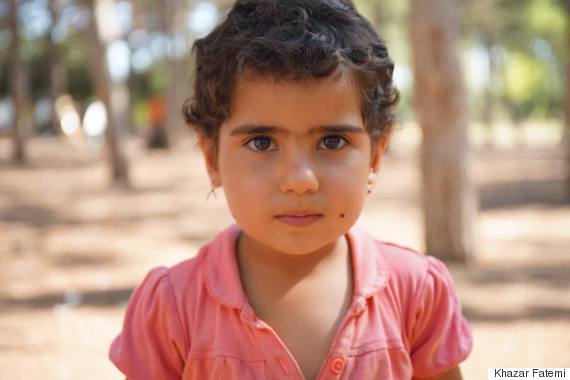 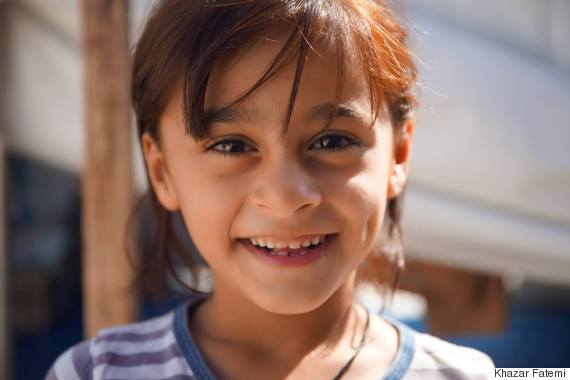 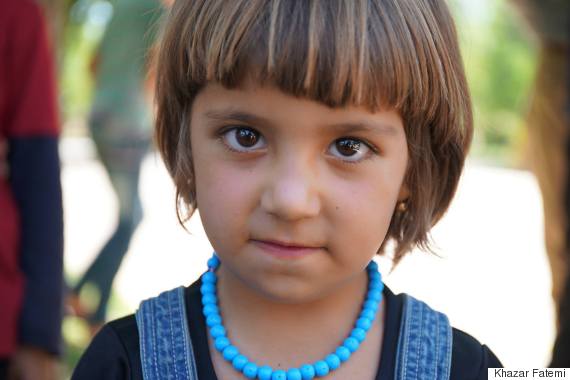 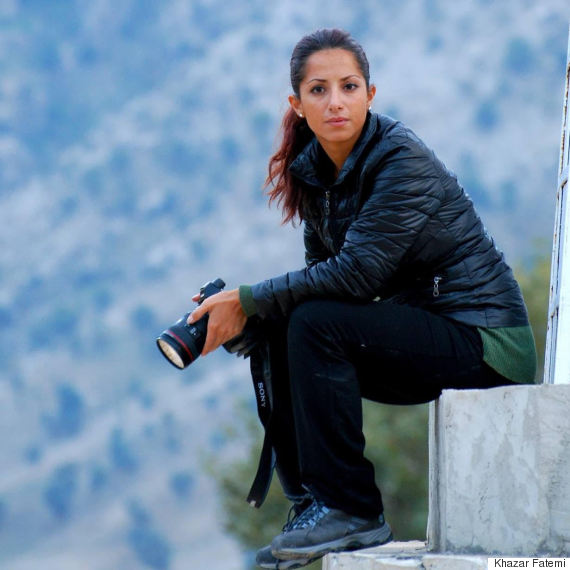