JERUSALEM (RNS) Archaeologists have unearthed a trove of artifacts dating back to the time of the biblical King David that they say closely correspond to the description of Solomon's Temple found in the Book of Kings.

Hebrew University archaeologist Yosef Garfinkel said the find "is extraordinary" first because it marks the first time that shrines from the time of the early Israelite kings were found. In addition, two small, well-preserved models discovered in the excavations closely resemble elements described in the Bible.

The multiyear excavations took place at Khirbet Qeiyafa, a fortified city about 20 miles southwest of Jerusalem, adjacent to the Valley of Ella where, the Bible says, the ancient people of Israel were encamped when David slew Goliath.

Excavations yielded a large assortment of pottery, stone and metal tools as well as art and cult objects.

Garfinkel said the people who lived at the site appeared to shun both graven images and pigs -- both prohibited by the Hebrew Bible.

"Over the years, thousands of animal bones were found, including sheep, goats and cattle, but no pigs," he said. "Now we uncovered three cultic rooms with various cultic paraphernalia, but not even one human or animal figurine was found."

According to Garfinkel, this suggests that the inhabitants observed the biblical bans on pork and graven images -- "and thus practiced a different cult than that of the Canaanite or the Philistines" of the time.

Not all archaeologists agree with Garfinkel's assessment, however.

"These are beautiful finds, but they are not special in that similar ones have been found in various places, and they should therefore not be connected in any way to the ark" or other biblical references, Tel Aviv University archaeologist Nadav Na'aman told the newspaper Haaretz.

Na'aman doubted, too, whether the lack of pig bones suggests that the inhabitants of the settlement were part of King David's kingdom.

"The Canaanites also did not eat pork," Na'aman said. 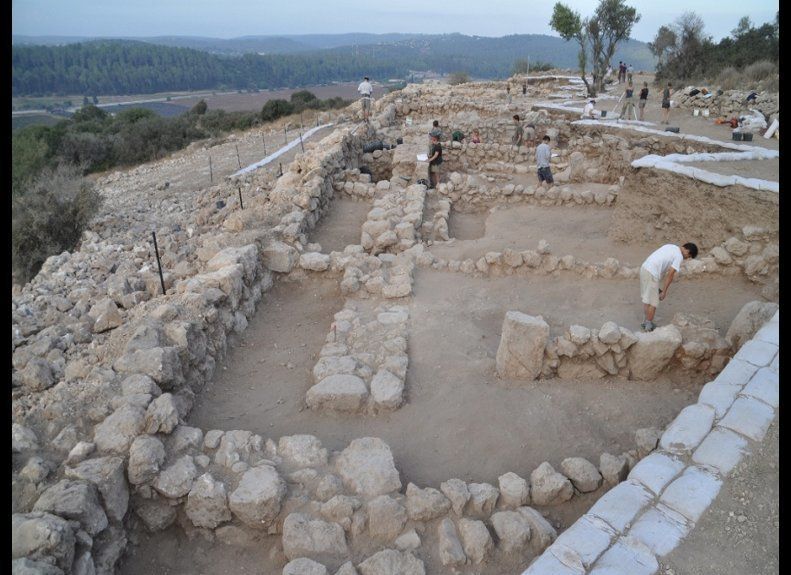