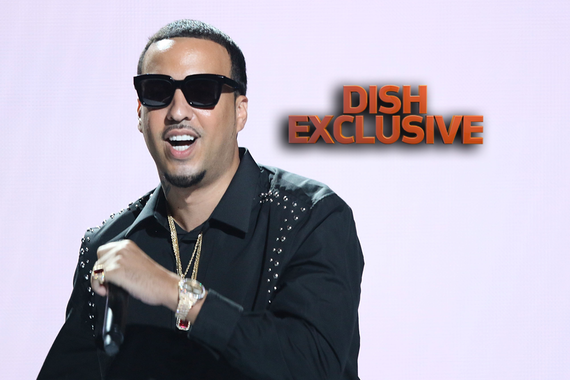 
Khloe Kardashian appears to have moved on with Houston Rockets star James Harden, and Dish Nation has exclusively learned her ex-boyfriend, French Montana, has moved on as well.

While Khloe, 31, and James, 25, were in Las Vegas partying it up at a Chris Brown concert together, French, 30, was spotted at a July 4 bash in Malibu getting cozy with Rich Kids Of Beverly Hills beauty Dorothy Wang, 27.

Dish insiders watched on as French and Dorothy got close during the Red, White and Bootsy pop up party at Nobu -- talking intimately and sharing a table.

"French and Dorothy were pretty much inseparable throughout the night. Wherever he went around the party, she was not far behind," a source revealed.

"At one point they sat down talking away from everyone else, and they got very animated. It was a show for sure, and it was pretty clear to anyone watching what was going on between the two."

Dish Nation obtained exclusive video footage of Dorothy tailing behind French at the party, and it can be seen below.

Now E! News has confirmed that their reality show starlet is dating the rapper. What do you think of the pairing?