**Scroll down for cover photos**

Their sister Kourtney graced the cover of Life & Style in a bikini for three weeks in a row in April, and now Khloe and Kim are doing the same.

Khloe and Kim strike a back-to-back pose looking quite like they did on the same magazine last September. Again Khloe claims to have lost 25 pounds (over the last year she says now) and Kim talks about how she stays slim without depriving herself. Preview quotes from their new interview can very nearly be plucked from last year's story.

In this week's Life & Style, Kim is quoted as saying, "If I feel like a milk shake, I have one."

Last year, she said, "Sometimes if I feel like a milk shake, I have one."

This week, Khloe says, "Kim will always call me and be like, 'Let's go do boot camp!' and that motivates me."

Last year, Khloe said, "Kim will always call me and be like, 'Okay, let's go do boot camp,' or 'Let's do this or that,' and that motivates me."

If you need more, buy the issue. Both sisters are paid to endorse Quick Trim, a product they never fail to mention in their weight loss testimonials. 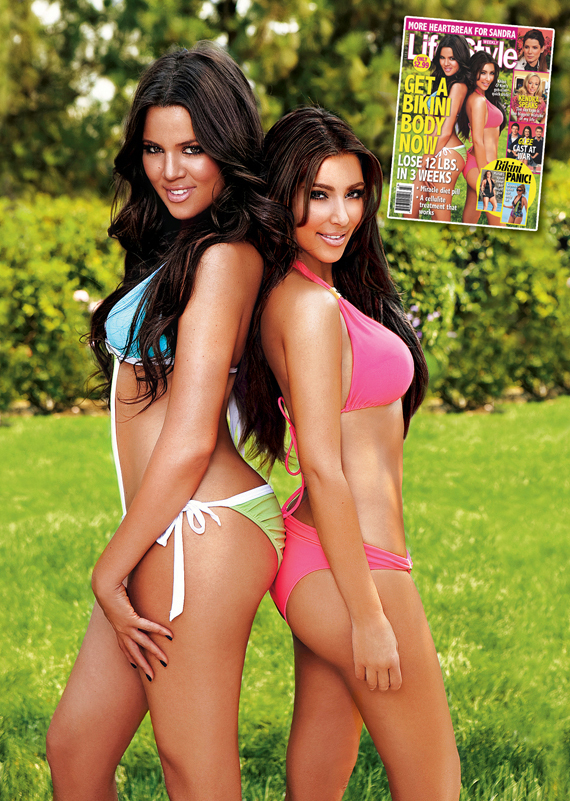 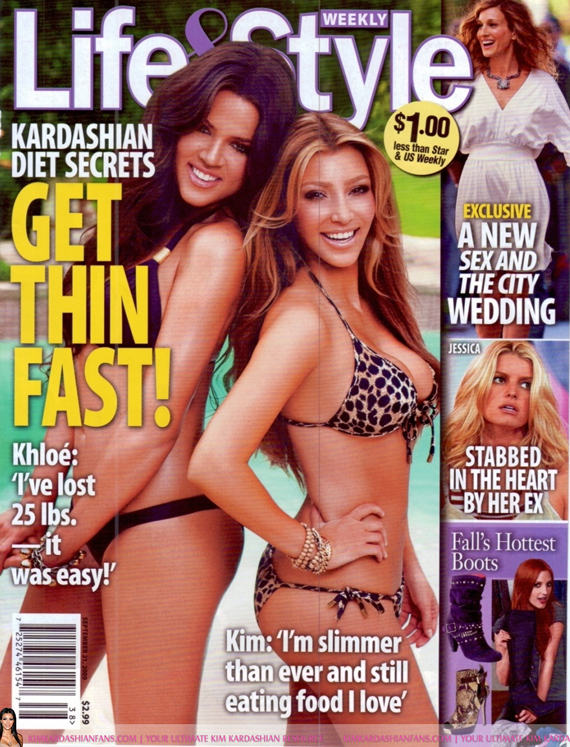