A few dozen socialists in the north of Israel met recently to raise glasses of wine and toast their latest business success.

The residents of Kibbutz Mishmar Ha'emek were celebrating the returns of another strong year for Tama, their plastics company. As I explained in my last post, the kibbutz is a thoroughly socialist place. All assets are communally owned. Everybody makes the same amount of money. But the people of Mishmar Ha'emek understand that socialism needs to be paid for - and the only way to make that money is through hardheaded capitalism.

So they built Tama, a partnership between Mishmar Ha'emek and another kibbutz with a minority stake. The firm manufactures plastic netting that farmers use to bundle their crops. As people here like to joke, they sell holes. It's a tougher job than you may think: The plastic has to be strong but flexible, protective without being sticky. Tama is by the far the biggest player in the worldwide market for this product, and that is serious business. The company, which works together with equipment makers such as John Deere, has factories in three countries and about 900 workers.

The see-saw between socialist and capitalist principles has profoundly shaped this thriving company. And while the philosophical contortions may seem painful, the results are better than what we often get with the standard models of business ownership.

"The main goal of Tama is to bring profits to the owner [the kibbutz]. I have no other goal," human resources manager Chen Tsur told me. But she hastened to add: "My way is different." 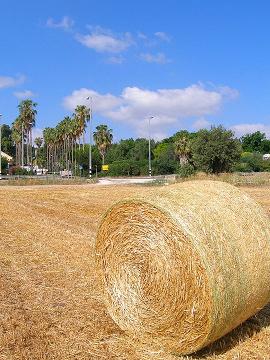 That different way starts with the pay scales. About 250 of Tama's employees, more than a quarter, are members of the kibbutz. That means they all make the same amount, whether they are on the factory floor or in the executive offices. This equality of pay scales would be hard to maintain at most small firms, let alone a booming business like Tama. The company's engineers and executives could surely break away for bigger paychecks elsewhere.

So why don't they bolt? Ideology is a factor: Tsur, for example, is genuinely committed to the kibbutz's way of life. In addition, hometown pride plays a big role, she told me. Tsur did not grow up on the kibbutz, but many Tama leaders did.

"They're connected in their gut (to the kibbutz)," Tsur said.

Finally, Tsur pointed to Israeli workplace culture as an explanation. In the U.S., people work for money; in Europe, they want security; and in Israel, ego is a big motivator, she told me. It's not that Tama leaders walk around with their chests puffed out, she said, but knowing they are in key roles for their community is a source of satisfaction.

The non-kibbutzniks at Tama are paid following capitalist principles, though even here, the company tries to take some of the edge off. Tama gives its lowest-paid workers more than the average wage for similar jobs in their areas - as much as 20 percent more. Meanwhile, the highest-paid workers make the average for their jobs. The idea is to avoid huge pay differentials.

The socialist ethos also infuses Tama's decision making, on a large and small scale. All of Tama's major decisions are brought before the weekly assembly of kibbutz members, which can overrule management. It is easy to envision scenarios in which this much democracy could hamstring a company. But so far that has not happened, probably because Tama's managers enjoy a great deal of trust from their community. After all, they are making lots of money - and they're local. Tama is similarly democratic on the inside, with many decisions made by committee and only after long deliberation, Tsur told me. It takes a lot of time, but it means decisions have broader support once they are made. Notably, this does not mean Tama cannot make tough decisions. For example, it closed a plant in England in January for economic reasons. 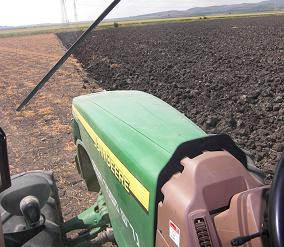 There is plenty of fodder here for a management textbook. But the more interesting issue is how the people of Mishmar Haemek reconcile their socialist ideals with their capitalist practice. This is an old dilemma for Israel's kibbutzim. As small communes, they simply never had the scale to be completely socialist. But they still argued about where to draw the line. At Israel's founding, the movement debated whether it should employ new immigrants as hired laborers, for example. In the end, realism won. Israel did not become the socialist state many of the kibbutz movement's founders dreamed about.

And if that first generation was willing to live in grinding poverty, its successors are not. You can call them hypocrites, but in a sense that line of attack says more about the outside world than it does about the kibbutz. Distant onlookers sometimes demand more purity from the kibbutz than the kibbutzniks. As Mishmar Ha'emek member Ran Golan told me: "People outside the kibbutz look at it as some kind of ideal they did not manage to realize - but it's a good thing that someone else is trying to do it."

So, rather than smugly declaring that the kibbutz has caved in to capitalism, we might consider what capitalism can learn from the kibbutz. Tama shows us that cooperative businesses can work, and often achieve better results than those with hierarchical ownership. You do not have to be a Marxist to believe in that idea. In the U.S., for example, many companies have discovered the benefits of becoming partly or completely owned by an employee stock ownership plan, or ESOP. More broadly, in an era that saw finance executives chase bonuses off a cliff, Tama serves a reminder that we should ask whether the people running our economic engines are guided by values and incentives we can support. Corporate culture should be connected to a real-world community rather than a cloistered elite; compensation for investors and management should privilege long-term stability over the fast money. I worry that financial reform, with all its regulation and restructuring, has not focused on these fundamental principles. Sure, these are abstractions, ideals that need to be translated into actual business decisions. But Tama is proof that such a thing can be done.