Caffeine addiction isn't pretty. If you normally down at least three cups of coffee to get through the day and find yourself stranded without your usual fix, you know this to be true.

Coffee, of course, is actually a superfood -- filled with disease-fighting antioxidants. But while a reasonable amount can provide some health benefits and boost focus and productivity, in excess, caffeine consumption could hurt your health and keep you from being your most effective.

"In the right amount, coffee is actually a health food," Dawn Jackson Blatner R.D., author of "The Flexitarian Diet," tells The Huffington Post. "Sixteen ounces of coffee before noon not only can keep you alert, but also can prevent diseases like diabetes and Alzheimer's."

But over-consumption of caffeine can actually break your focus by causing jitters and anxiety, and lead to poor sleep quality, according to Blatner. High caffeine consumption has also been linked with heightening the body's stress response and with messing with your perception of your own stress levels.

Even if you're happy with your coffee habit, drinking it late in the afternoon or evening could affect your shuteye, so you might want to switch over to a low or no-caffeine alternative.

"Caffeine is a drug," says Blatner. "For most people, the withdrawal symptoms include throbbing headaches, and feeling tired and foggy. The best way to [quit] is not to go cold turkey but to taper, like you would with any drug. Start removing the latest cup you're drinking, and then your afternoon cups ... And in every situation, you're going to need a substitute."

Quitting caffeine isn't easy, but if you feel your consumption has become a bad habit, the best way to break it is to create a new one to put in its place. Enter, our list of the best coffee alternatives to help you kick your caffeine dependency -- for good. 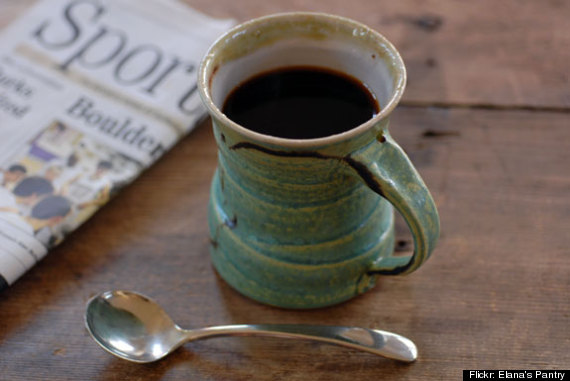 "You don't eliminate a bad habit, you replace it," James Clear, founder of The Art Of Becoming Better, wrote in a recent Huffington Post blog. When it comes to coffee, swapping out your high-octane dark roast with a nutritious herbal coffee can help ease the transition.

Dandelion root is an herb that's been used to treat upset stomachs and digestive troubles -- and it can be made into a surprisingly tasty coffee-style drink. Brew your own using roasted dandelion root (which can be purchased in bulk from a health food store) or try Dandy Blend, an instant coffee made from dandelion root. Research has suggested compounds in dandelion root could have anti-cancer properties, and it's also high in vitamin C, vitamin D and beta carotene.

"Herbal coffees are awesome," Blatner says. "I'm a real coffee lover, so when I'm trying to do 'responsible caffeination,' I have a grande coffee in the morning and then switch to herbal coffee with no caffeine in the afternoon." 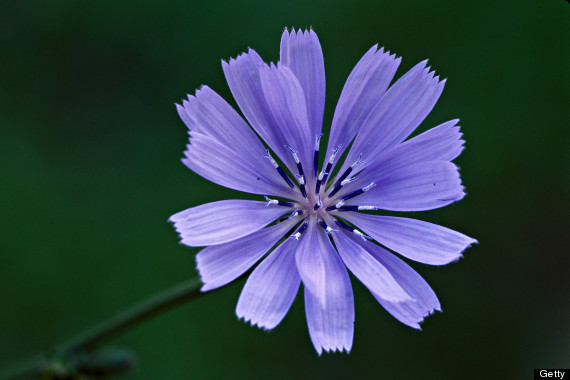 The root of the chicory plant (which blooms into a beautiful purple flower) can be ground into a healthy, caffeine-free, coffee-like warm beverage -- it's also rich in beta-carotene, acts as a mild natural laxative, and has a protective effect on the liver, according to WebMD. If you're looking for an alternative, try chicory coffee, which you can brew in your own coffee pot -- and it smells similar to the real thing (we love Ayurveda Roast's organic, GMO-free french vanilla blend).

"It's the idea of finding legitimate substitutions that get you in that same motion -- whether you're in a coffee shop or at your house, you need something in every situation to break the habit," Blatner says. 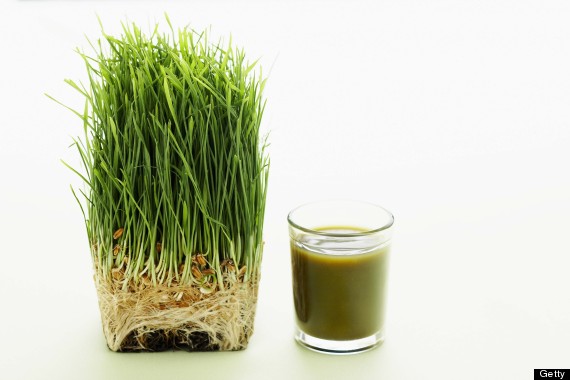 Replace your daily shot of espresso with a shot of wheatgrass, which packs a powerful punch of nutrients, including vitamins A, C and E, iron, magnesium, and chlorophyll (yes, the stuff that makes plants green -- which some holistic practitioners believe is a detoxifier, although there's scant evidence). 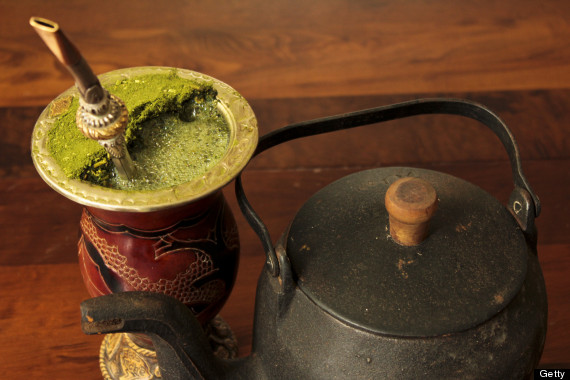 Low in caffeine and loaded with antioxidants, vitamins and minerals, yerba mate tea has become a popular coffee alternative. "Four Hour Work-Week" author Tim Ferris says he drinks it to help boost creativity and efficiency, though so far the evidence for yerba mate's energizing power is largely anecdotal.

"I use tea in place of coffee when possible because caffeine has a sharp crash for me," Ferriss wrote on his blog, "whereas yerba mate (which includes caffeine, theobromine, and theophylline) does not."

The Mayo Clinic, however, points out there is little research to support such claims and encourages moderation to avoid possible health problems.