The Woodstock Film Festival kicked off with a film on, not a surprise, the Woodstock Music Festival. You know, that half-million strong, "the New York Thruway is closed, man," generational defining whopper of a film festival in the the Catskill Mountains.

Woodstock: Now and Then, directed by Barbara Kopple, two time Academy Award winning filmmaker for Harlan County, USA and American Dream, is a delightful journey back to that long weekend 40 years ago and how that 40 years ago celebration of peace and music continues to affect Americans today. 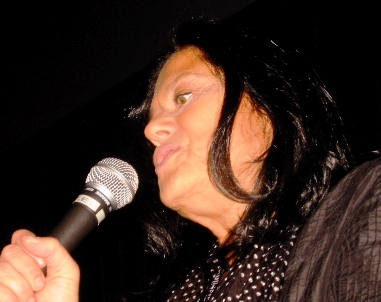 There is the humorous, the profound, the scary, the beautiful, the joyful, the striving for freedom, always the striving for freedom, and the need to escape the nasty politics of that era. It's all here, more than film on the Woodstock Music Festival, possibly more than any book, this film captures the essence of what has become a mystical event in American history. There is the mud, the tremendous music -- and it really was tremendous music! -- the zany actions of a half-million free to lose themselves in the peace and love of the weekend.

America never experienced anything remotely similar to the Woodstock Music Festival. For those who still can't grasp the unplanned beauty of the event, this film can help them.

The strength of this documentary lies in chronicling the original festival. Potent and subtle imagery that carries us back to that spontaneous, chaotic and gorgeous happening. No one there cared about the mud. The media, not surprising, totally missed the story of Woodstock, presenting it as a catastrophe, whereas for those of us there it was a joyful liberation in nature. Well, for a weekend anyway.

The film presents much that is new, at least is not generally unknown, mostly through interviews with the principles. Such as, the original inventors not profiting from the hugely popular film about the festival, having sold their rights to Warner Brothers to escape being thrown in debt from the non-profit making festival.

At the viewing, in the audience of approximately 150 viewers, there were many attendees of the festival. For Arnold Robeson, Woodstock did not actually change his life, but certainly encouraged him to change his life. "I was working in the corporate world, but I didn't identify with it, I wanted to get out. Woodstock reinforced what I was already thinking and feeling." 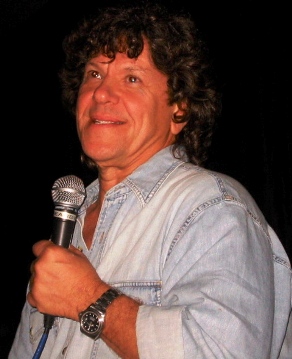 At the screening and the Q & A afterward was Michael Lang, the originator of the Woodstock Music Festival, and executive producer of Woodstock: Now and Then. Michael emphasized to me the role of the village of Woodstock. "The town had everything to do with the festival. This village is steeped in tradition -- the Maverick Concerts [starting in the early 20th Century] up to the Shout Out Concerts [in the 1960s]. There was a strong music scene here."

A generational-defining event is a difficult event to follow. The original eruption of Woodstock has hung over American culture and subsequent generations as both aspiration and as intimidator. For some Woodstock has been a model, while for others a giant to be slayed. In Woodstock: Now and Then, Paul Green, the director of the School of Rock, uses the music of Woodstock to inspire his young students today. And a young girl bellows out a earth-shaking Janis Joplin tune, a group of young boys skillfully deliver "The Who."

Regardless, as a new American generation struggles to find its own path, the power of Woodstock continues to steamroll forward through the life of America. More than the original festival with its half million attendees, the subsequent movie about the festival that reached tens of millions of viewers has had a huge impact. The power of film is the engine powering many cultural steamrollers. And Woodstock: Now and Then will certainly buttress the belief that 40 long years ago something unique and powerful really did happen in upstate New York at a festival named after Woodstock.

Today in that village, with several neighboring towns, is the Woodstock Film Festival showing features, documentaries, shorts with animation. There will be panels ranging from Women in Film to the Distribution of Films to Redefining Humanity. The youth will be treated to a Career Day with representatives from the film industry, and teen shorts will be shown. There will be parties. There will be some 150 events.

Tonight, Wednesday evening, was the kick off film about the music festival, and from Thursday to Sunday evening the Woodstock Film Festival will be jumping into a whole range of subjects to rocket the emotions and kick the mind into gear. 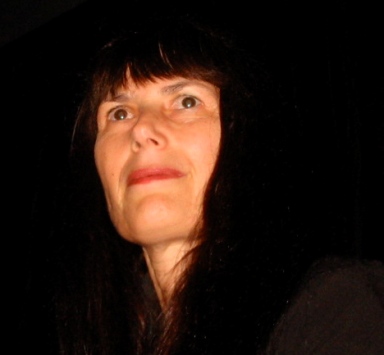 This is the 10th anniversary of the Woodstock Film Festival. "Ten years ago about 2,500 people attended the festival, and this year there will be over 15,000," said Director Meira Blaustein. "Ten years ago 200 films were submitted, and this year over 2,000 films were submitted for entry into the Festival. But the goal of the Woodstock Film Festival is not to become another huge festival, but to remain small and intimate, yet with the very best independent films and with heavy industry participation."

The Woodstock Music Festival 40 years ago was an expression of a troubled time. More than a movement in time, more than excellent music, more than a weekend of freedom to be naked and stoned and goofy, the festival was a half-million strong of a Boomer generation of 78 million that desperately needed to turn a corner and move their country in another direction. There was the Vietnam War, the assassinations of Robert Kennedy and Martin Luther King, the race riots ... America needed to become more loving, more free, and to just chill out. And today there is the Woodstock Film Festival, with the motto "Fiercely Independent," and after 10 years it remains committed to the spirit of freedom and uniqueness that happened on a weekend 40 years ago. This weekend in Woodstock the spirit of the old Woodstock and today's Woodstock will merge very nicely.

You can email Stewart at the Woodstock Film Festival at SNusbaumer@gmail.com