There is no greater display of proper etiquette than a handwritten note saying sorry for barfing in a bookstore.

After vomiting on the floor of Powell’s Books, in Portland, Oregon, last month, the pukey perpetrator wrote a very sincere note to the store apologizing for his mishap.

The note arrived at Powell’s on April 1, addressed with “Attention Barf Cleaners,” included a Ben & Jerry’s gift card, and was signed “From Jack, aka the kid that puked right next to the bathroom.”

Jennifer Wicka, who manages the store, had the unfortunate task of cleaning up the mess.

"Somebody just told me that their friend puked right outside the bathroom, and sure enough there it was," Wicka told ABC. "It was spread out really far, like 10 feet in diameter."

Liz Crain, a Portland resident and Wicka's friend, posted a photo of the note to Twitter, and the message went viral.

My friend Jen manages the @Powells Home/Garden store & she got this in the mail today!!! "Attention Barf Cleaners"... pic.twitter.com/LRvC3D2XuG

What caused the youngster to vomit has not been confirmed, but Wicka overheard him talking about a local restaurant making him sick, BuzzFeed News reports.

Jack aka the Kid that Puked Right Next to the Bathroom has yet to be located for a comment. 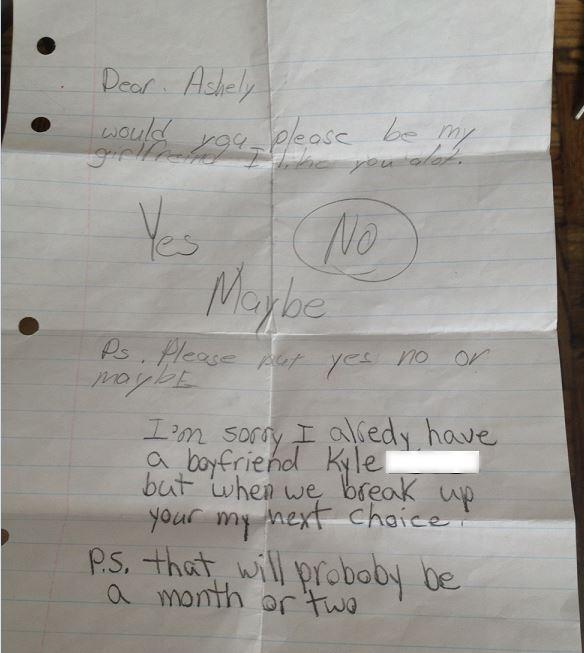