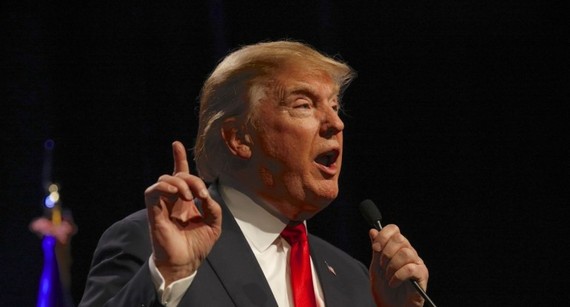 There was a moment in the middle of the Republican debate last night, while Trump was shouting, "Little Marco spews his crap about the size of my hands!" that I muted the television and asked my daughters, "Should we actually be watching this?"

We have watched, as a family, most of the Democratic and Republican debates. My girls and I watched Hillary Clinton at the Benghazi hearings. As a parent, I feel that these forums are allowing my family to discuss the issues, but also watch the body language, tone of voice, and how people treat each other.

My daughters are in 8th grade and 5th grade. They are intelligent, empathetic, globally aware children. As a family, we have always discussed difficult issues together whether it's a girls right to go to school, the water situation in Flint, the lack of justice for the shooting of a young black boy or what it means to be a refugee from a war torn country. Our extended family is on a group text where we share articles and thoughts on current events. My 8th grade daughter participates in debate tournaments and is adept at researching both sides of an issue, gathering facts and cultivating sound arguments. My husband and I have never shied away from exposing our girls to hard issues - always mindful that we do it in an age appropriate way. At 14 and 11 years old, we have felt they are old enough now to not only process, but also participate in this year's election.

Yet, the spectacle and degradation of last night's debate made me pause. Just a few days before, Van Jones, a former Obama staffer and commentator on CNN, had an unbelievable interaction with Jeffrey Lord, a former Reagan staffer, about the KKK. In his emotion, he mentioned that he felt it was no longer appropriate for his son to watch the media which glorifies the sensational statements of Donald Trump.

Truly, is it ok that my daughters and my young nephew see that the bully bulldozes others and wins? That the misogynist who has said that his daughter is "hot" and he'd date her is given excuses? That it has become part of the national dialogue to build walls, to put Muslims on databases, to mock the disabled? That there is an actual discussion on CNN about what the KKK represents??

My girls both were adamant that they wanted to continue watching. I took a deep breath, unmuted, and we continued to watch the circus that was full of insults, shouts and Trump pruning like a cocky peacock. We contrasted it to the issue-oriented debates on the Democratic side. We imagined how Trump would attack Hillary Clinton, and realized that this is the reality of our world today.

And as they reacted, I realized that, for my family, it is important that we continue to watch, but also continue to talk together, every day, about our values, what we stand for, and what world we want to live in. This is about their future and they need to engage and feel passionate about it.

I would love to hear about how you and your families are approaching this election. As a parent, I am truly confused, exasperated, and eager to learn how others are guiding their children through all this drama!