When your teenager gets his or her first job, that often means there’s a lot of hard work ahead –- for the parent.

After all, if your teen isn’t driving yet, you may have just elected to add more hours to your already existing part-time chauffeuring career. If your son or daughter is working after school, you may need to step up your hours as professional nag ― er, academic adviser ― and hound your kid even more about getting their homework done. And, congratulations: You’re getting a promotion at whichever financial institution you belong to, the Bank of Mom or Bank of Dad. Before your teen took on a job, you were a lowly human ATM, handing your teenager money at all hours. But look at you now. You’ve been promoted to bank manager and financial adviser.

In other words, you’re going to want to help your teenager manage his or her paycheck.

After all, you remember your own financial mistakes. You are not going to let your kid make the same blunders you did, are you? So if your teenager has taken on his or her first job, add these items to your ever-growing to-do list.

Help your teenager find a bank.

OK, that should be easy. Your teenager should get a checking account at your bank. And if you don’t like your bank? Maybe it’s time to find a new one for both of you.

Whatever bank you ultimately go with, look for one with no ATM or check fees and a low minimum balance requirement, suggests Tony Drake, a certified financial planner and CEO of Drake & Associates, a wealth management firm in Waukesha, Wisconsin.

“If the employer offers automatic deposit, sign up. By sending the money straight to the bank, teens are less tempted to spend it,” he says.

Yeah, we’ll see. Still, it’s good advice, and keep in mind that to set up the account, your bank will likely need a form of photo ID from your teenager, such as a driver’s license or temporary driver’s license.

And this is a good time to talk to your kid about money. If you have a teenager who barely acknowledges you most of the time, you’re in luck. You’ll probably find that you can get his or her attention when you discuss cold hard cash, especially their own. And it’s important to share everything and anything you know about banking.

“This may be the only time in their life where it’s easy to save money.”

“Unfortunately, money management isn’t getting taught in most schools, so it’s really up to parents to teach their teens about finance,” Drake says, and he’s correct. Only 17 states require high schoolers to take a personal finance course, according to a 2018 survey from the Council for Economic Education.

If you’re going to truly teach your teenager about money, ask your bank about linking your teenager’s account with yours. You should be able to arrange it so your teen can’t see into your account, but you can see into theirs. After all, if your teen is going to have a debit card, wouldn’t you like to have an idea of what he or she plans to spend their money on, and maybe, more important, wouldn’t you like to weigh in on the frequency or size of their purchases, so you can steer them away from collecting a lot of overdraft fees?

(Even if you’re of the school of thought that says, “Hey, I’m not giving my teen advice that’ll prevent overdraft fees. Overdraft fees will teach my teenager a lesson,” being able to see their checking account will allow you to know what’s going on.)

Sure, you can just go with a checking account, but this is a good chance to get your teen started off right. It also may be the perfect moment to save.

“I recommend that 50 percent of each paycheck go directly into the teen’s savings account, keeping in mind that this may be the only time in their life where it’s easy to save money,” says Laura Braziel, a licensed professional counselor and licensed marriage and family therapist with an independent private practice in Houston. She specializes in working with teenagers and parents and often discusses jobs and money.

Granted, some teenagers are spending their money on car insurance or maybe a monthly cellphone plan, and saving 50 percent may be mathematically impossible. But even if your teen is putting a much smaller amount from a paycheck – say, 5 percent ― into an actual savings account that can’t be too easily raided, you’re helping them start a very smart financial habit.

If you can, Braziel suggests setting 10 percent of your kid’s paycheck aside for a charity or for tithing. “This teaches generosity,” she says. And the remaining amount? That can go toward entertainment, food or any expense parents aren’t obligated to pay, she says.

You might want to consider having your teen set up a Roth IRA.

This may not be practical for every teenager, but, boy, if you could harness that compound interest as a teenager...

Drake likes that idea and mentions that the full contribution limit for a Roth IRA is $6,000 in 2019. It’s also worth noting that if your teenager is under 18, or 21 in some states, you will need to open a custodial or guardian IRA. The big selling point of a teenager setting up a Roth IRA, other than starting a retirement account early, is that your teenager will be taxed for it now versus later when he or she is likely, and hopefully, in a far higher tax bracket.

And your teenager doesn’t have to use the money for retirement, Drake says.

“Money in a Roth IRA can be withdrawn for college tuition or a first-time home purchase without paying a penalty,” he says.

Of course, you may well be thinking, “My kid is making $9 an hour, working eight hours a week, making $288 a month before taxes, and you want my kid to put money away for retirement, into a savings account and put some money aside for charity, but also to use the money and have fun. What planet are you on?”

Point taken, but just remember, these are all ideas. You don’t have to adopt all of them or any of them. Still, whatever you do, once your teenager has money, you’ll definitely want to…

Teach your kid to budget.

You’ll want to do at least the bare minimum and talk about any bills your teen may have or be taking on, and what’s left over after any bills are paid. If your teenager doesn’t have fixed bills but expenses that are all over the map, like gas for a car or entertainment expenses, you’ll want to talk about how much they think they’ll be spending a month and how much they’re taking in.

Well, you don’t need to be told how to teach your kid how to budget. Still, a few things you may want to bring up include…

Taxes. Your teenager should be warned that his or her first paycheck will come minus whatever Uncle Sam might take out first.

Saving for a goal. Drake suggests that your teenager have three different saving goals at once. a short-term goal, “like going to the movies or concert tickets”; a mid-term goal, “such as clothing, a new cell phone or computer”; and a long-term goal, like college or a car.

Ideally, “they should be putting money away each week toward these goals,” he says.

But even one goal would probably be a good idea rather than just let your teen possibly spend every paycheck into oblivion.

Utilize technology. Bozhena Sheremeta, the founder of TheHustleisFemale.com, an online magazine that focuses on helping women achieve financial independence, says that teens should try out some budgeting apps.

“There are tons of free apps that you can use to set up a budget,” Sheremeta says.

You may use some of them, in fact. Mint.com is very popular. PocketGuard is another well regarded one. Ditto for Wally.

“Also, since we know that teens are literally living in their phones these days, they should track their expenditures by putting every purchase into the app. That way they can track where most of their money goes and cut the unnecessary spending, like eating out or clothes,” Sheremeta says.

This means that you could let an app do the heavy lifting of teaching your kid how to budget, which may not be such a bad idea. After all, it’s time to grab your chauffeur cap. You have someplace to drive your teen in about six minutes.

This story is part of the series “How To Afford A Teenager,” supported by Relay. All content with the “supported by” label is editorially independent. 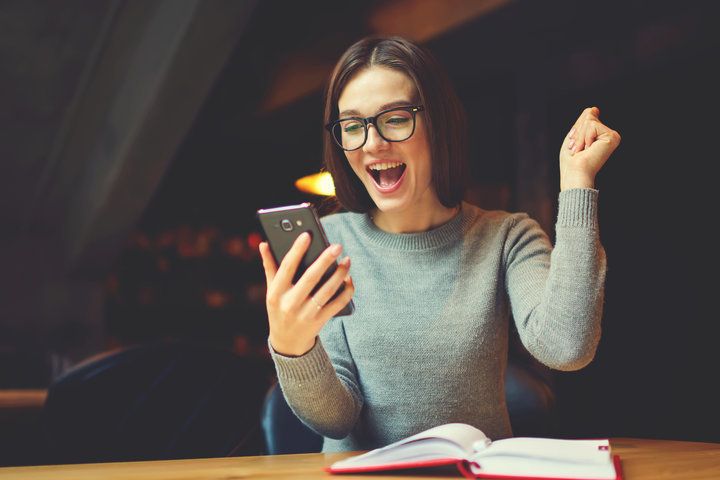 6 Money-Saving Apps That Do All The Work For You
More:
personal financehow to afford a teenagerBanking and BudgetingPersonal Budgeting