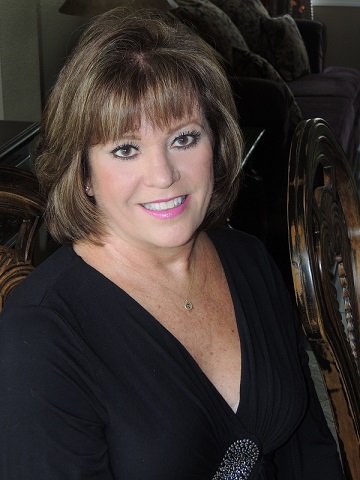 Natalie Costa produced the documentary "Behind the Orange Curtain"

Is this happening in your hometown? Kids are getting a hold of prescription pills and popping them like candy. Are you and your child at risk?

Natalie Costa of Orange County, CA, has made it her lifelong mission to address these issues. Natalie and film director Brent Huff partnered up to make the documentary Behind the Orange Curtain which helps educate us on the serious issues about recreational drug use and abuse.

Natalie, would you consider yourself, at this point, an expert on kids who take prescription drugs?

I would say I'm pretty well versed on the perils of prescription drug use, abuse, addiction and death.

Have you yourself ever done prescription drugs recreationally?

I have never used prescription drugs recreationally. My daughter's childhood friend died in 2010 from an overdose of Opana. Losing Mark was the pathway into this journey.

What is the 911 Good Samaritan Law?

The Good Samaritan Law in California became law in January 2013. The law basically states that those that need help due to overdosing can call for help without fear of arrest or prosecution. Prior to this law, individuals would panic and leave their friends. Many died because no one called for help. This same law in the state of New York was responsible for saving Jon Bon Jovi's daughter. He helped get a 911 Good Samaritan law passed in his home state of New Jersey.

What is the biggest reason you've come across as to why young adults take prescription drugs?

There can be many reasons people turn to drugs. What we are finding is that young men and women party with these drugs. They are fearless and think that nothing will happen to them. What they fail to recognize is drugs such as OxyContin, Vicodin, Xanax and Opana are highly addictive. In a matter of days their lives could change drastically forever.

What are the demographics in your study of children using pills?

This is the surprise. It does not matter where you come from, how much money you have or what your home situation is. This problem exists across all socio-economic levels. I say it doesn't matter if you live on Park Avenue or the park bench. Open your mouth; insert pill and your life could change forever.

Is the percentage of the Orange County dropouts higher than the national average?

We are not seeing this as a significant issue. The kids that are affected are under the radar. They are from good families, good at sports, good in school.

Why does the O.C. have the most amount of rehab centers?

Orange County is beautiful and has nice weather. California's tax laws support operating home based health care facilities and Orange County is the 6th most populous county in the U.S. People come from across the country to rehabs in California/Orange County.

Knowing that there's a drug epidemic, why do doctors still prescribe pills such as Xanax to young adults?

Most of the pills flooding the streets come from "dirty doctors". These are doctors that prescribe for cash. There have been cases where parents pleaded to the doctor to NOT prescribe because their son was a recovering addict, however, the parents have no say if the child is of legal age.

Most doctors are good people, abiding by their creed to do no harm. However there are plenty that have a long list of addicts and doctor shoppers that frequent their offices and pay cash for prescriptions. This is why a prescription drug-monitoring program (PDMP) is important in every state.

We are currently working through legislation to get our PDMP funded, revamped and up and running. The cost to each physician is a mere $9.00 per year. Both Senator DeSaulnier and State Attorney General Kamala Harris are working hard make this happen.

Do most parents/guardians you come in contact with KNOW their children are taking pills?

Yes, many do know. I think most people are blindsided by the addiction. It may start out as pot smoking and drinking alcohol but once they start taking prescription drugs, the story changes. One problem with prescription drugs is that there is no "stink" test. You cannot smell it on them and many times they exhibit no distinctive behavior. Also important is that most are not taking the prescription drugs to get high - they are taking them not to get sick. Addiction happens quickly and not taking a dose can result in withdrawal symptoms.

Do those parents think it's okay to smoke pot and do certain drugs, not wanting to "see" that their child might have an addiction?

There are parents who feel that as long as their child is smoking pot and drinking at their home with their friends, it's a good idea. Underage drinking and getting high is illegal no matter where you do it.

Everything is a gateway. Getting a buzz from pot or alcohol makes them infallible and many will tell you that when the opportunity came to "take it to the next level" and take prescription drugs, they went for it. I get many emails with parent questions about what they found on their son's phone, in his room or on his computer.

When I tell them their child is doing so many do not want to hear it. If you think your child is up to no good, if you are suspicious they are getting high - drug test time. The answer will be in that cup. Then you have some tough decisions to make. If you suspect drug use, move fast.

Do the parents do anything to get their children to stop? Is it like talking to a wall?

I do not know of any effective words to say to a child who is running and playing hard with drugs and alcohol. You have to do your parental duty and cut them off and do it fast.

If they are a minor you own everything so take it all away - the phone, the car, the computer, the allowance. Monitor phones, computer, friends, your bank account, your wallet, and your jewelry - because you will start to find things missing.

A child who is using is no longer the child you knew. They will do whatever they have to do to get the money to buy their drugs. Parents have locks on their doors, carry around what is left of their jewelry and keep their purses/wallets and ATM cards with them at all times.

What caused you to want to make the documentary "Behind the Orange Curtain?"

Mark's funeral was it for me. I watched thousands pile into this tiny church and I thought for sure that the loss of this amazing young man would change the behavior of these young people. That was not the case. I focused on Orange County because I live here and I was shocked to learn that this was such an epidemic in my own backyard.

Orange County is depicted across the country as a place of beauty, wealth, abundance, distinguished schools and educated parents. We couldn't possibly have a heroin problem here! We do. Even the Real Housewives of Orange County had a cast member's son with a problem.

There's word floating around the East Coast that a bill is trying to be passed that all students must be drug tested before entering school. What are your thoughts on this? Will people pay for drug testing via taxes?

No on the tax issue.

Several PTSA presidents have been instrumental in getting this implemented in their schools. They raised the money though their events/fundraising and the cost was about $5,000 for the high school level.

There are pretty sophisticated urine tests on the market that will test for many panels (opiates, amphetamines/meth, marijuana, ecstasy, etc.) They can also detect fake urine specimens. There is no invasion of privacy if they are minors.

What about people with no kids or no school-aged kids? Would they really want to pay extra in their taxes for the drug tests?

This does not apply.

If they drug test right before school starts, how often during the year will they continue to test?

I believe that drug testing should be done immediately when there is suspicion of drug use. Everyone that plays sports should be tested. The school also faces liability if a player is hurt or hurts someone while under the influence of drugs or alcohol.

Will there be backlash from parents who feel it's okay for their children to smoke pot -- who don't take pills -- that their child might not be able to enter school because of smoking pot?

Marijuana and alcohol use is illegal for minors. Period.

The Supreme Court of the United States said that if you participate in extracurricular activities in middle and high school, you could be randomly drug tested. This is an important issue.

I know of a particular athletic team whose football players were showing up high for practice. The coach sent out an email stating he had enough, this was unacceptable and he was going to require drug testing. The parents were up in arms. Several athletes had college scholarships pending and they wanted no part of it.

Many high schools in Orange County will randomly drug test but in a particular high school with close to 2,000 seniors - about five a year will get called in and tested. The parents get the results not the school. This only happens if the parent signs up for it in the beginning of the school year.

The schools need to drug test if they have a suspicion that a student is under the influence on their property. A well-known private Catholic high school will bring in any student they feel is under the influence, administer the test and have the student call their parents with the results. Drug use/experimentation beings at the middle school level. The use continues through high school and death usually occurs after graduation. The national age for overdosing is between 18-25.

What have you found has been the best way for parents/guardians to handle it when they find out their kid is doing drugs.

Parents need to get involved and fast. They need to randomly drug test at home. They need to make it clear that drug use will not be tolerated.

If they are minors they have no rights - you are their parent. Monitor their text messages, phone calls, computer, social media pages and their friends. Keep them on a short leash. You might think this is a drastic approach but we are talking about your child's life. Get help.

Attend meetings for parents such as Al-Anon. It is important that the parents learn and understand enabling behaviors and how not to be manipulated by their using child. Get as educated as you possibly can because you never know when he/she walks out the door if you will see them alive again.