All parents make sacrifices. But single parents? Those raising children on their own, without a partner? They do it all. The sacrifices they make are often so extraordinary that it’s hard for the rest of us to sometimes comprehend how they do it. Recently, we spoke to adult children raised by single parents who wanted to say “thank you” to their mothers and fathers. In many of our conversations, which were prompted by our partnership with Angel Soft, we heard about sacrifices, long hours financial struggles, and unconditional love. We heard about parents who had to be both soft and strong. Most often, though, we heard the words “thank you.” Without fail, all of the adults we spoke to raised by single parents wanted to express their deepest gratitude to their parents. 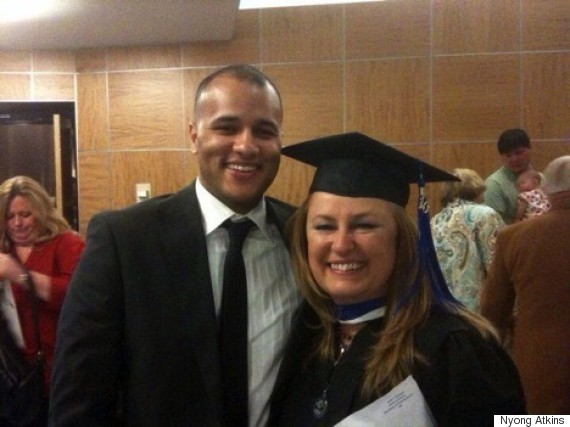 Nyong Atkins, who was raised by a single mother, was the first member of his family to go to college. But not the last. After Atkins went away to school, his mother went on to earn her college degree as well as an MBA. Atkins, now an author, is grateful to his mom for so much, including “systematically planting the seed that I could do better,” he said. “Better than she'd done for herself. And she always, always popped in with the right advice at the right time. Like, nick of time or your life is going to be a big ol’ pile of poop timing.” 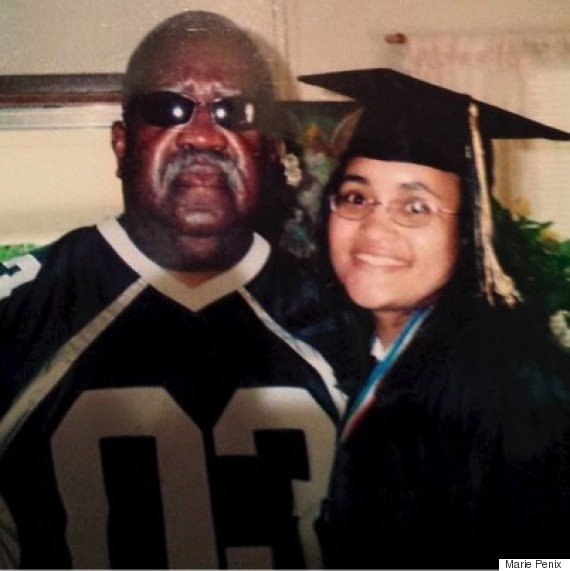 Norlin Penix Jr. raised Marie Penix and her two sisters -- on his own -- from the time she was 9 years old until his death, seven years ago. “My dad somehow worked 17 hours a day but still spent a ton of time with us,” said Marie, who named her son after Norlin. “He read to us. He did homework with us. And until I had children, I did not realize how hard he must have struggled.” Marie added, “He taught me so much. He taught me that ‘can’t’ shouldn’t be in my vocabulary. He taught me to believe in myself. And he gave me the courage to know that whatever I set my mind to, I could achieve. He was and is my hero.” 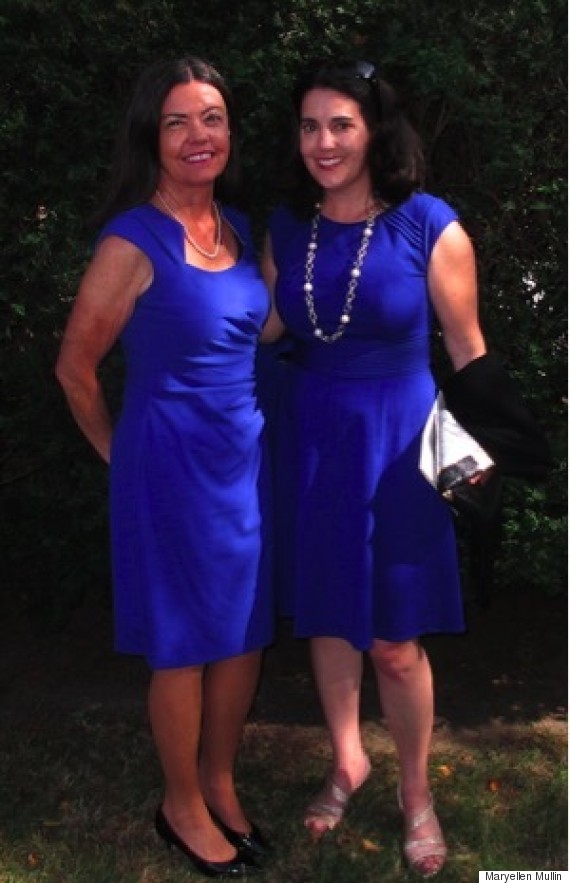 Maryellen Mullin lost her father when she was a young girl, and her mother was left to raise two children on her own. “A loss in early childhood is one that lasts forever, “ Mullin said. “My mother never once asked, ‘Why me?’; and because of that, neither have I. She brought a wonderful stepfather into my life when I was in college, and survived his untimely death from cancer several years ago. Widowed again, she modeled how to grieve, pick herself up and live on. What more can a child ask for of a parent than this?” 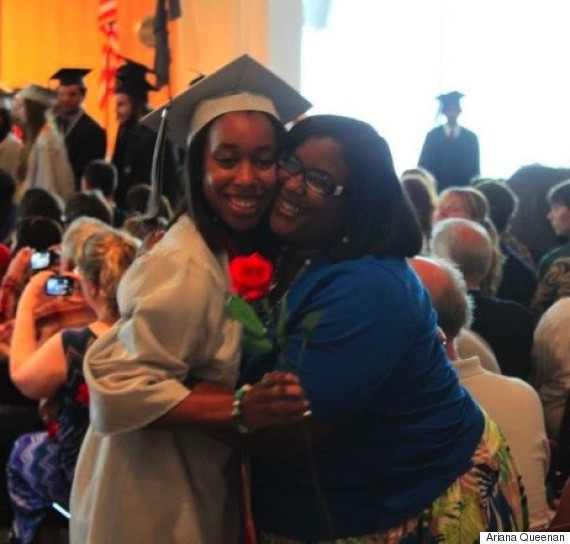 Ariana Queenan’s mother was only in high school when she gave birth to her daughter. With the help of family, Ariana’s mother continued on to college, graduated with a double major in marketing and finance, and has had a successful career in business. “A lot of people would have stopped or given up,” said Queenan, who is now 21 years old. “But she was ambitious, hardworking and a great mother. Nothing ever held her back, and she seemed unafraid to do anything.” 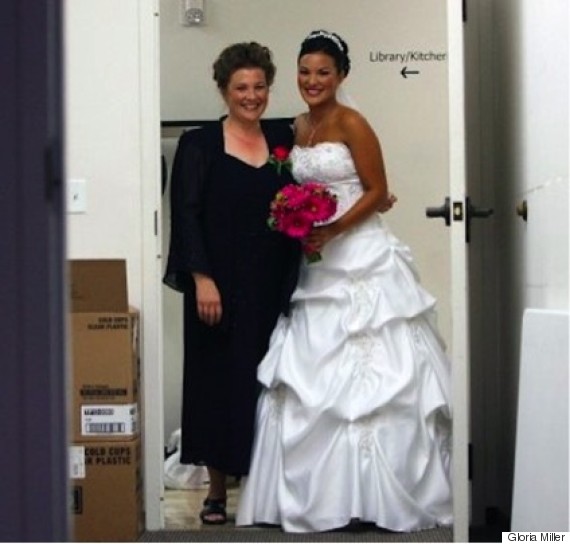 After Gloria Miller’s parents divorced, her mother and Miller’s four siblings moved from an upscale suburb to a small town in Oregon. Miller’s mother worked multiple jobs to support her children. “She told us,” Miller recalled, “that we had to make adjustments financially but that she would try her best at giving us a normal childhood. She taught us the importance of education, discipline and hard work. And I hope that I can be the same type of role model for my daughters that my mom was for me.” 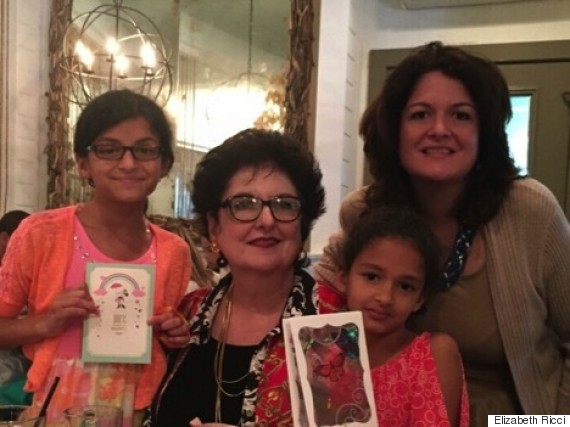 Elizabeth Ricci, an attorney, was raised by a single mother who commuted from New Jersey to her job in Manhattan in order to send Ricci to private school. “She made innumerable sacrifices for me,” Ricci said of her mother (who is pictured here with Ricci and her granddaughters.) “I'd like my mom to know how grateful I am to her for her sacrifices that were an investment in my future. Without a doubt I could not be where I am today without her in my life. She gets full credit.” 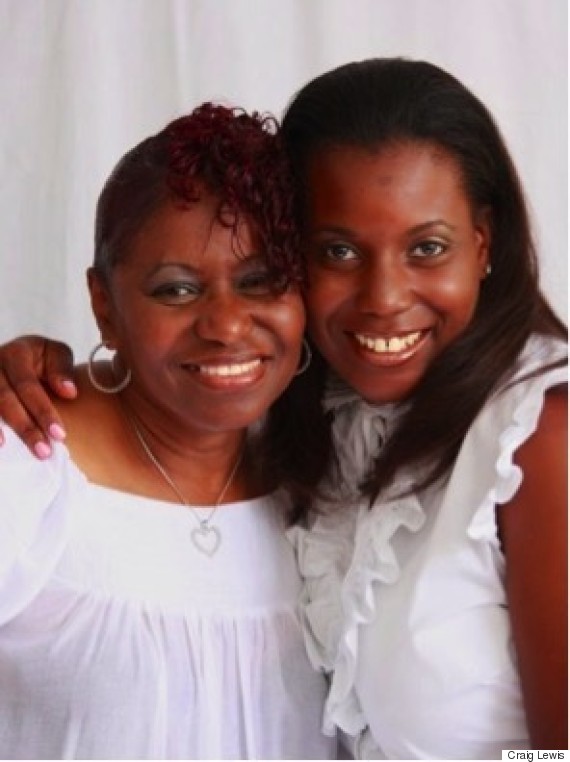 According to her daughter Yolonda, Ethel Brinkley raised four children in a “drug-infested and crime-ridden neighborhood” in Philadelphia and worked two jobs to make ends meet,. Despite those obstacles, Yolonda said, their home was filled with love.“My mother was the ultimate provider and protector. Though the obstacles seemed insurmountable, she never gave up. I had a wonderful childhood and was exposed to many things. I credit all that I am to my selfless mother, the miracle worker.” 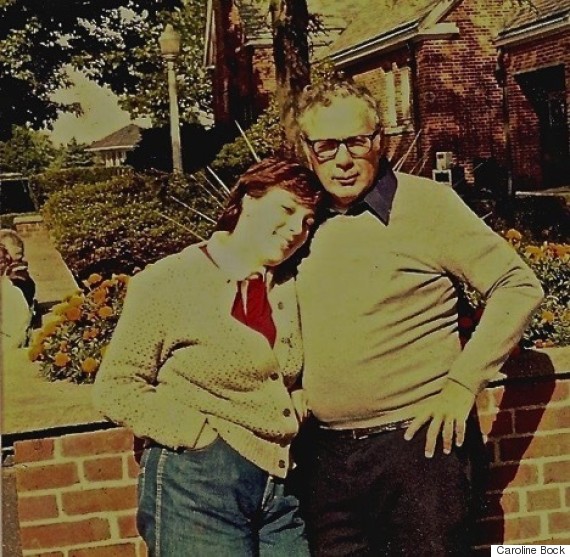 Morris Blech was left to raise four children after his wife suffered a devastating stroke. His daughter the author Caroline Bock (Before My Eyes and Lie) said her father ignored people when they told him no man should raise four kids alone. “‘The way you make your bed is the way you’ll sleep in it, Toots’ -- that’s what Pop always said when there was nothing else to say, when he was done arguing, when he knew he was going to ... keep the four of us with him, raise us single-handedly, teach us how to make our beds. No matter what anybody said,” explained Bock, pictured here with her father in the early 1980s. 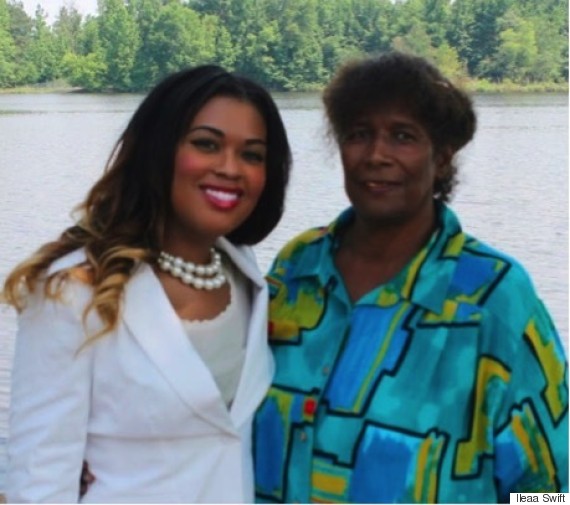 When Ileaa Swift was 9 years old, her mother passed away. Swift went to live with her grandmother Maxine who was also raising her young cousins. “My grandmother stepped in -- even though she had just lost a daughter -- and picked up the pieces,” Swift said. “She took on two jobs and worked 16 hours a day to support us. She sacrificed sleep. She sacrificed so much. I couldn’t have become the person I am today if it wasn’t for her. Everything I know today is because of her, and I am so grateful to her.” 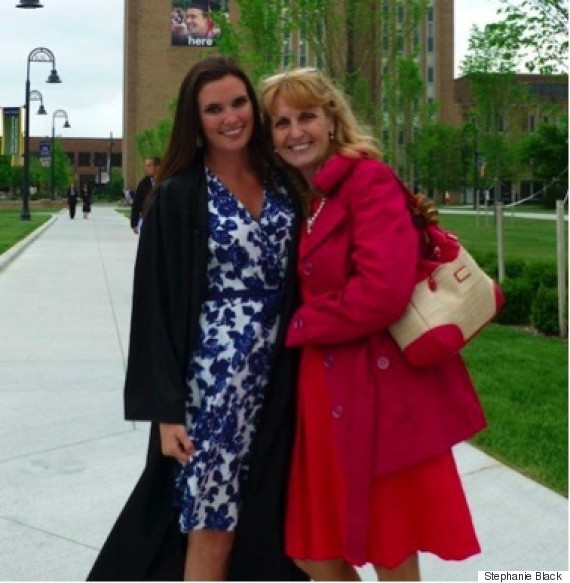 When Stephanie Black was 10 years old, her family moved from the U.K. to California. Within a year of the move, her parents divorced. Black said her mother was faced with a difficult choice: “decide if we would move home to be with our extended family, or stay so that my brother and I could have a relationship with our father.” 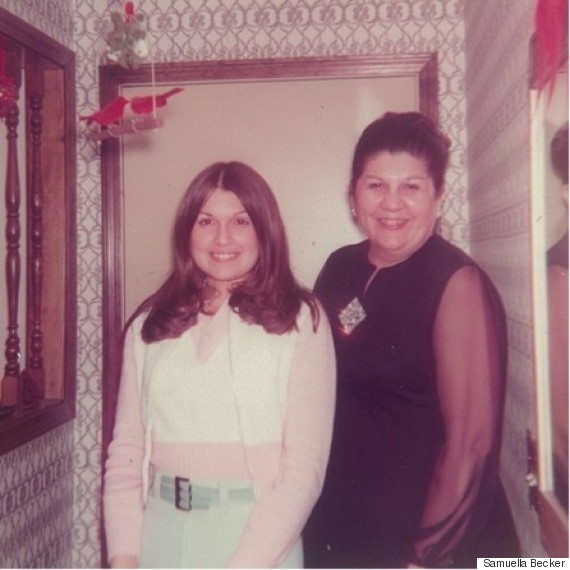 “My mother, Mary Lengyel Becker, was a bride, widow and mother ... all in a period of nine months,” explained Samuella Becker. “My parents married in December 1953, my father took ill in March and died of cancer at the age of 32 in May 1954 ... four months before I was born. I was named Samuella in his memory.”

When Becker was a child, her mother worked as a secretary in a tire factory during the day and attended the University of Akron at night to become a teacher. “I would like to publicly thank her for always being my cheerleader,” Becker said, “for passing along to me her love of reading and live theater, for adventure, [her] fashion sense and [the] encouragement to follow my dreams,” added Becker, who is pictured here with her mother in 1972.

Single parents are called upon to be many things–they must be soft and nurturing while simultaneously being strong for their kids. People are both soft and strong, which is why Angel Soft products are too; learn more at AngelSoft.com.