Meet Pablove Shutterbugs, LA's newest army of waist-high paparazzi, capturing how they see their world behind the lens. The children of Pablove Shutterbugs, ranging from ages 7 to 13, have just graduated from an eight-week-long program learning the fundamentals of shooting pictures. This past Saturday, their images were on display at Culver City's Kopeikin Gallery, and the budding photographers -- all children living with cancer -- were given the red-carpet treatment. It was well-deserved, too; thanks to their exemplary work, it was a near sold-out show.

Each child's print went for $50 apiece. Humbly explaining their work and flaunting their own glee, meet your photographers:

This is the first of many future graduating classes of Pablove Shutterbugs. The Pablove Foundation, founded just under three years ago by parents Jeff Castelaz and Jo Ann Thrailkill who lost their six-year-old son Pablo to a rare form of cancer, have spawned Shutterbugs with co-founder Catherine Berclaz, encouraging children living with cancer to channel their creative voice through photography. Each child, a pediatric cancer patient from LA's Children's Hospital, is given a camera, which is his or hers to keep upon graduation.

"Pablo loved photography," said Jeff. "It was a lot of shots of the dog's nose, the dog's butt, Mommy's butt -- what's at his height!" Pablove Shutterbugs is a way for every cancer kid to honor -- and adopt -- Pablo's hobby.

In addition to the children's work, the Kopeikin Gallery also featured donated photographs from working professionals. This work was part of both a silent and live auction, to which all earned funds went toward the Pablove Foundation and, of course, the Shutterbugs program. Among images shot by actresses Cameron Diaz and Jennifer Beals and images featuring musical artists like Beck, Marvin Gaye and Pavement -- some of which went for $2,200 during the live auction -- there was no photograph more beloved than nine-year-old Kevin's image of a carefully assembled "battle" of small plastic army guys. Of the five prints available for sale, this was the first sell-out of the night. 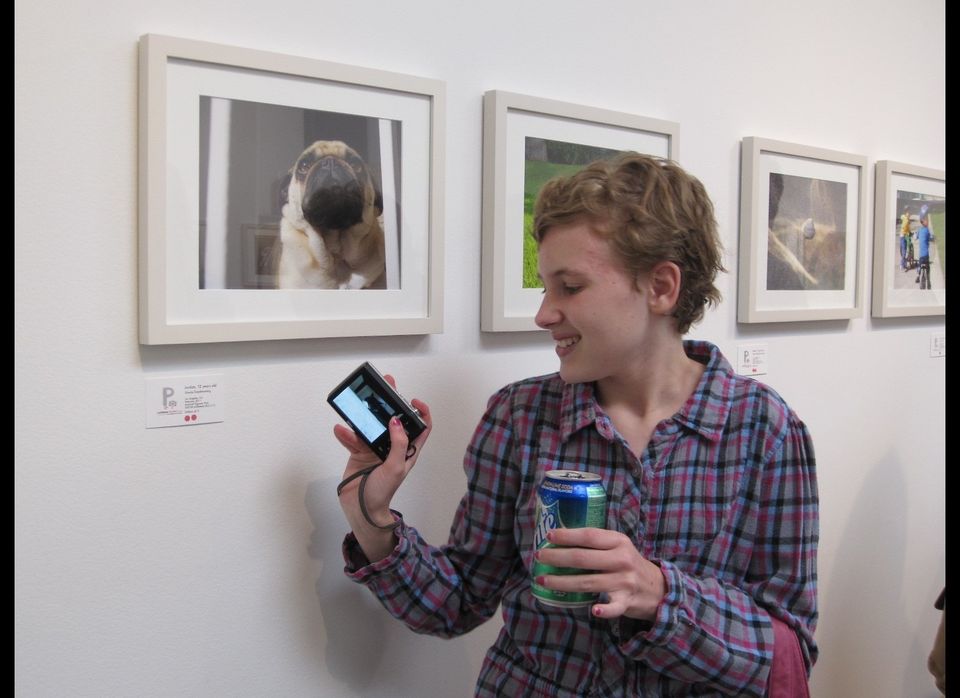 1 / 15
Pablove Shutterbugs
Jordan, 12, titled this photograph, "Gracie Daydreaming." She imagines that her dog, Gracie, is thinking, "I'm just going to sit here and daydream, and I don't care if anyone wants me to move."