A lava lake on Hawaii's Big Island has seen rising levels of magma over the past week, causing several overflows. The high levels have also contributed to large explosions like the one seen in the video above.

"Magma is rising up into the lava lake from a magma chamber a mile or so beneath the summit of Kilauea volcano," research geologist Matthew Patrick told The Huffington Post. According to Patrick, Kilauea has been consistently inflating for the past week, meaning that magma keeps flowing into the lake from an underground chamber below.

The overflows pose no safety threats since the lava is staying within Halemaumau Crater, where the lava lake sits. But visitors to Volcanoes National Park are getting quite a display. 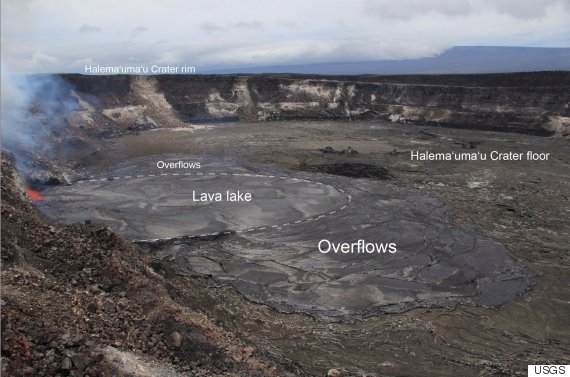 Typically, the lava surface is 100 to 200 feet below the rim of the crater lake and therefore can't be seen from the public viewing area around the volcano. Since the lava has risen, Patrick said, "its incandescent cracks and often vigorous spattering" can easily be seen from the overlook.

While this is a notable development in the current eruption, it's not particularly unusual in the history of Kilauea, Patrick said. "In the 1800s and early 1900s, there was nearly continuous lava lake activity for about 100 years, and oftentimes that lava was spilling out of Halemaumau Crater," he explained.

As exciting as the overflow is, it is possible Kilauea will abruptly deflate, Patrick said, bringing the lava's surface back down to typical levels.

In the meantime, we can all enjoy a better view into the lava lake: 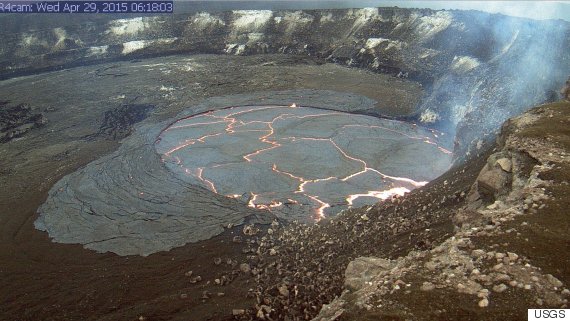 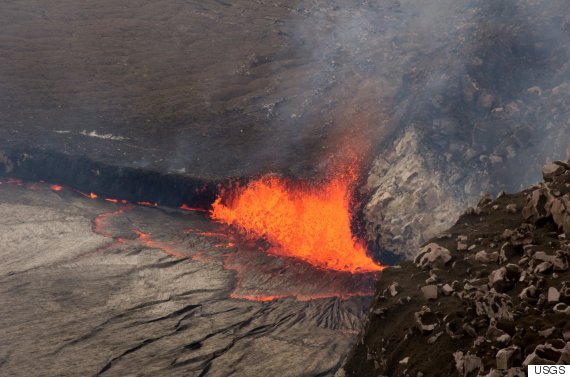 This piece is being updated continuously as new information becomes available.